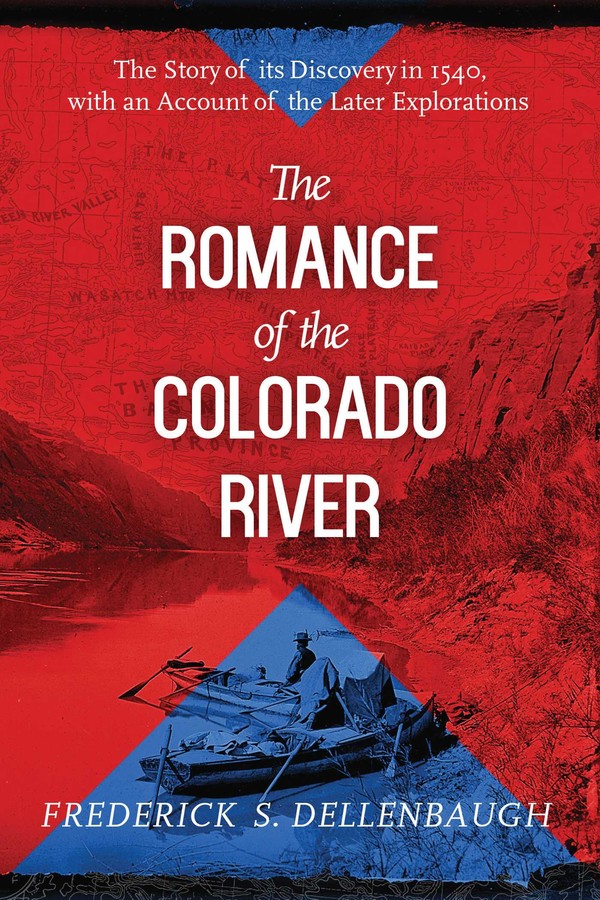 The Romance of the Colorado River

The Story of Its Discovery in 1540, with an Account of the Later Explorations

A young adventurer’s firsthand account of a dangerous expedition into the Grand Canyon’s uncharted territories.

In 1871, seventeen-year-old Fred Dellenbaugh walked into a hotel room in Chicago, and with a You’ll do, Fred,” began a lifetime of danger-fraught exploration. Under the lead of John Wesley Powell, a Civil War hero with only one arm, Fred journeyed into the Grand Canyon and its subsidiary canyons and rivers, with the intention of exploring, mapping, and recording description of the uncharted territory. The men found themselves battling the great force of the Colorado River, with its fatal, quick rapids and mighty waterfalls. Their small, frail boats were no match for the river, and as they began to capsize and as supplies were lost overboard, the expedition quickly became about survival. It was only through the steady command of Major Powell that the team prevailed. They went on to accomplish their mission, which has become historically significant today.

The Romance of the Colorado River is Dellenbaugh’s personal story, written thirty years after the great adventure. The volume includes twenty of the author’s original illustrations, as well as nearly 150 contemporary photographs, which provide an accurate image of what the explorers encountered during their expedition. Dellenbaugh also recounts previous attempts to explore the valley, by both Europeans and fellow Americans, adding a historical element to the story. Part adventure narrative and part geography survey of the Colorado River, this book offers a unique firsthand account of a fascinating scientific expedition.

Frederick S. Dellenbaugh was an American explorer, who took part in several notable expeditions including Major Powell’ s Second Expedition into the Grand Canyon. He became one of the founding members of the international Explorers Club in 1904. He passed away in 1935 in New York City.

The Romance of the Colorado River

The Story of Its Discovery in 1540, with an Account of the Later Explorations