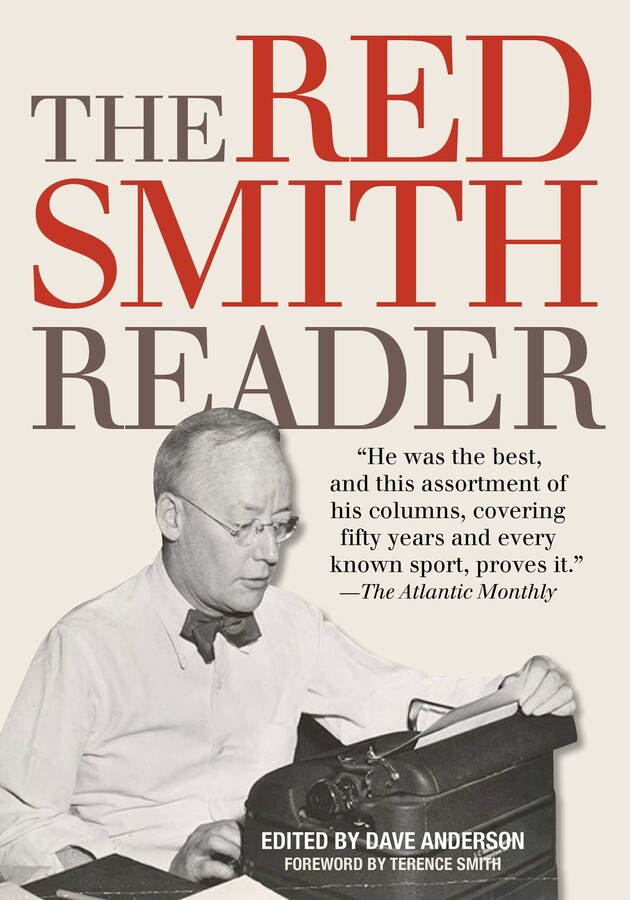 Quite simply the most thorough collection ever of the master’s work . . . a joy to everyone who picks it up.”
John Schulian, The Chicago Sun-Times

Awarded the Pulitzer Prize in 1976, Walter Wellesley Red” Smith is considered one of the greatest sportswriters ever to live. Put alongside Ring Lardner, Red Smith was beloved by those who read him because of his crisp writing and critical views.

Originally released in 1982, The Red Smith Reader is a wonderful collection of 131 columns with subjects ranging from baseball and fishing to golf, basketball, tennis, and boxing. As John Leonard of the New York Times appropriately stated, Red Smith was to sports what Homer was to war.”

With a fantastic foreword by his son, successful journalist Terence Smith, The Red Smith Reader shows true sportswriting from one of the masters of the craft. The writing and style of Red Smith will live forever, and this collection’s look into the past at what he saw and covered shows how far sports and sportswriting have come in our country.