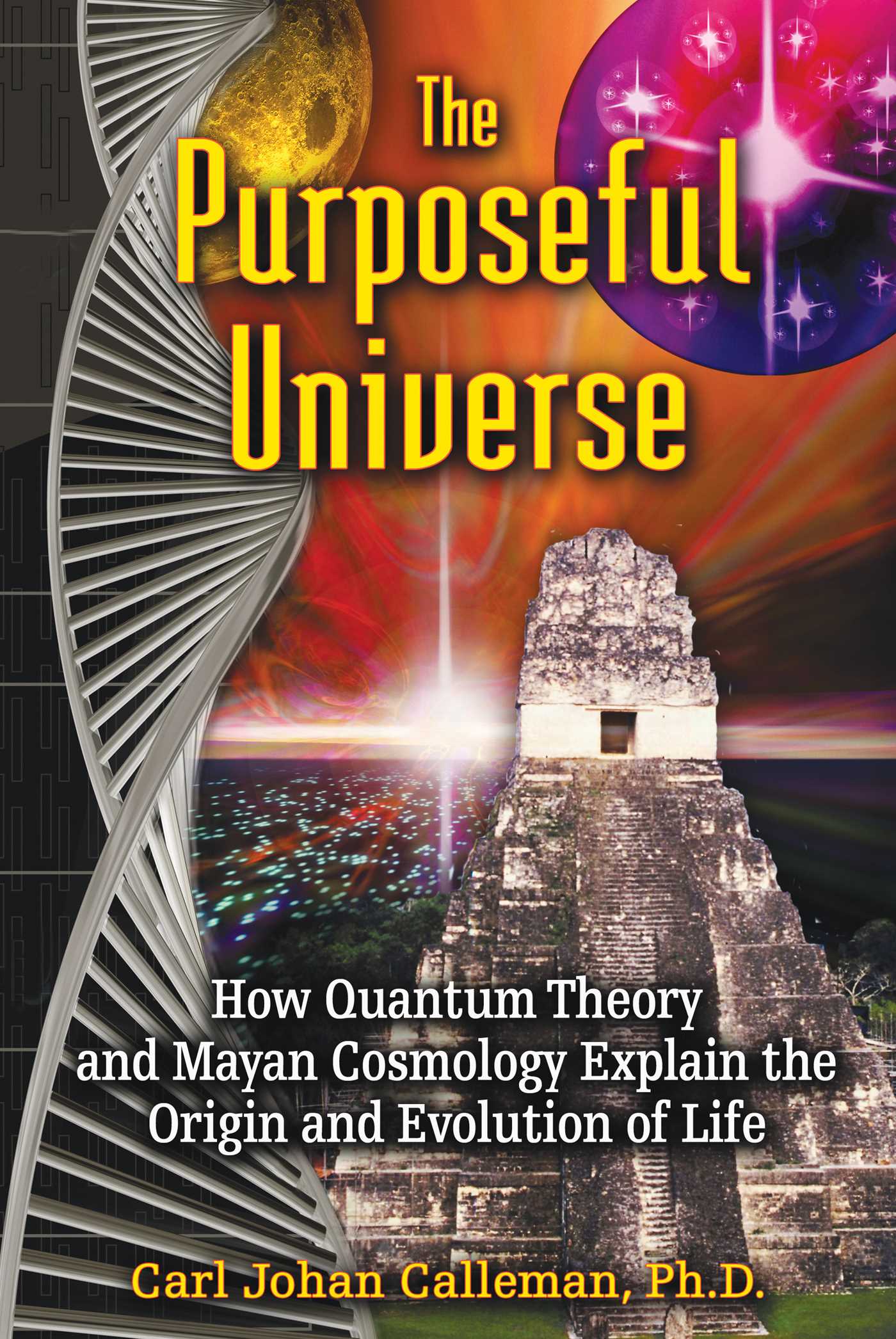 Identifying the Mayan World Tree with the central axis of the cosmos, the author shows how evolution is not random

Using recent findings within cosmology, coupled with his broad understanding of the Mayan Calendar, biologist Carl Johan Calleman offers a revolutionary and fully developed ­alternative to Darwin’s theory of biological evolution--and the theory of randomness that holds sway over modern science. He shows how the recently discovered central axis of the universe correlates with the Tree of Life of the ancients. This provides an entirely new context for physics in general and especially for the origin and evolution of life and suggests that we look upon ourselves as parts of a hierarchy of systems that are all interrelated and evolve in a synchronized way.

Calleman’s research demonstrates that life did not just accidentally “pop up” on our planet, but that Earth was a place specifically tagged for this. He demonstrates how the Mayan Calendar describes different quantum states of the Tree of Life and presents a new explanation for the origin and evolution of consciousness. Calleman uses his scientific background in biology and cosmology to show that the idea of the Purposeful Universe is real. He explains not only how DNA but also entire organisms have emerged in the image of the Tree of Life, a theory that has wide-ranging consequences not only for medicine but also for the origin of sacred geometry and the human soul. With this new theory of biological evolution the divide between science and religion disappears.

A Biology with Soul

At the center of all creation is the Tree of Life, the fundamental space-time organizer and fine-tuner of this universe, a universe that is still continuously being created with the purpose of generating life in accordance with the rhythm of the Mayan Calendar. It can also clearly be affirmed that this journey in eight steps--from the universal level to the cellular--has been consistently fueled by empirical evidence and logical reasoning in line with the rational empiricism introduced by René Descartes some 400 years ago. Although the Tree of Life theory may be a controversial theory because of its metaphysical implications, the factual material upon which it is based is not controversial.

The Origins of Beauty in Sacred Geometry

On a macro scale it was shown already in chapter 4 that evolution adheres to the Mayan Calendar and we can now understand how the pulses that this describes on a micro scale are mediated to our cells by the cellular Tree of Life, the centriole. The centriole is an organelle in the cell close to the spindle apparatus that is important in cell division. It is made up of a cylinder with nine microtubules arranged peripherally in a circle. Although the finding that the centriole in its design directly reflects the Mayan Calendar may seem astonishing at first, this is only because our whole culture is imbued with the Darwinist idea that evolution is random and undirected and not precisely timed. If, however, evolution at large follows a time plan, it also makes sense that this plan is integrated in our bodies and in our cells.
It is important to point out that the centriole is not the Tree of Life as such, but rather a manifestation of it. The Tree of Life is primary to any of its possible material manifestations and is thus of a non-physical nature. It projects the True Cross beyond all the forms in which it has been worshipped by human beings. Yet the discovery that the centriole is a direct physical manifestation of the Tree of Life does allow us a good inroad to learning about its nature.
The Trees of Life on different levels were earlier demonstrated to be the fundamental space-time organizers of the universe. Thus, we have reasons to expect that also the centriole in its design reflects not only sacred time but also sacred space. The nature of Sacred Space may be brought to any level of complexity, though like the Mayan Calendar, which often is misconstrued to be about the precessional cycle known from European astrology and end on December 21, 2012, rather than to be about the Nine Underworlds and the Thirteen Heavens known from the Maya, Sacred Geometry is sometimes also trivialized. Yet we now have some direct knowledge from the cellular Tree of Life as to what are real expressions of sacred time and sacred space. The cosmos may speak directly to us through the way the cellular Tree of Life has been designed.
As we study the cellular Tree of Life in the form of the centriole, we will find that it expresses Sacred Space in ways that are equally astounding as the ways in which it expresses Sacred Time. Before studying this it may however be pertinent to repeat that in this new theory of biological evolution the human being has a very special place, as this is the organism that creation has been aiming for all along. What this means is that we should expect ourselves to a higher degree than any other species to reflect the Tree of Life in its capacity as an organizer of time and of space. We, unlike most other species, have a number of cell types that is often estimated at 260, which happens to be the number of days in the Sacred Calendar. As another example the average time of a human pregnancy is 266.2 days, which is closer to 260 than in most, or all, other species.
The centriole embodies two geometrical structures, the straight line and the circle, that are basic to the creation of the universe, which is a rare if not unique phenomenon in any biological structure. The combination of these two may by itself account for the creation of many, if not all, forms. The tubulin proteins on the microtubule surface are organized in a hexagonal pattern. This hexagonal pattern, present also in snowflakes, is the starting point for a branch of Sacred Geometry based on the so-called Flower of Life that was elaborated also by Leonardo da Vinci. What is noteworthy in this context is that there are tubulin structures known as the Seed of Life and the Fruit of Life present on the centriole. The Fruit of Life has been said to hold a blueprint for the universe. If we assume that Earth’s inner core, with its hexagonal iron crystals, plays a role in the halographic projections mediated to the cellular Tree of Life there may be some truth in this.
Through the centriole we may directly study the real Tree of Life on a cellular level and its expression in biology. Such studies may thus allow us to verify what previously might have seemed like abstract esoteric ideas. Thus, we now have tangible reasons to believe that certain geometric structures, if they are present in the geometric architecture of the centriole, may reflect principles and patterns that are of primary importance for the creation of ourselves and the universe, and the centriole as such may thus serve as a meaningful guide for the practice of Sacred Geometry.
Carl Johan Calleman

“Between the simplicity of religion and the absurdity of an empty randomness, Carl Johan Calleman here proposes to us a brilliant but plausible third way: The Tree of Life. Here we have finally a modern theory of the origin and evolution of life that unifies the most recent discoveries of science with ancient wisdom. Without ever imposing God on us, this great book brings agnostics like myself to face the evidence.”

"Inherent in Dr. Calleman's unified theory of physical and biological evolution is the notion that, contrary to the scientific norm, the universe does have purpose, direction, and meaning and is imbued with beauty and intelligence. . . . This is biology with soul."

"Together with Dr. Calleman's two previous books on the Mayan Calendar, this book is for me like the last piece of the puzzle. I think I have been waiting for this book since I was a child gazing at the stars, wondering."