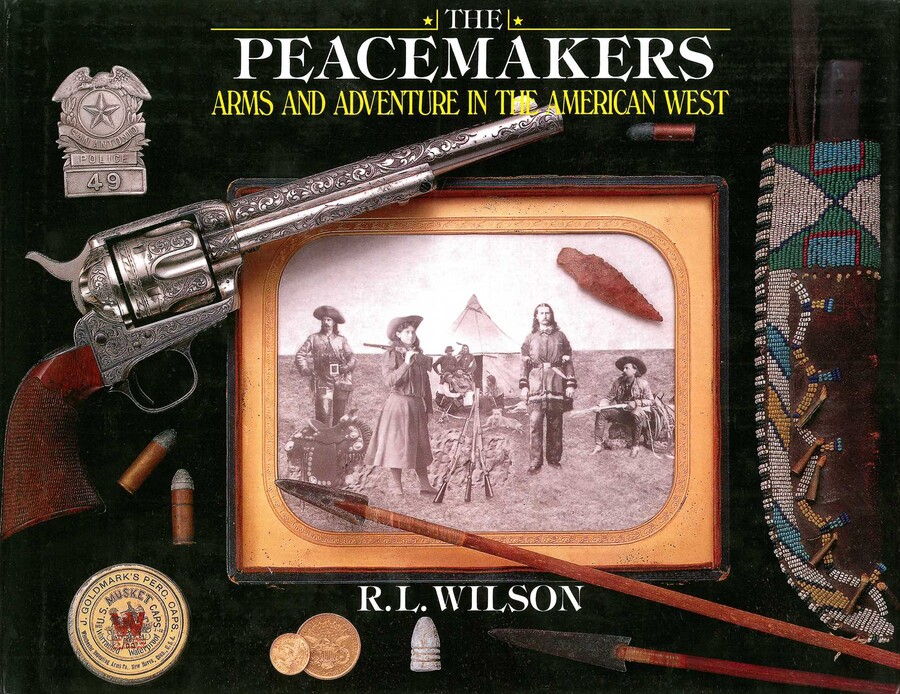 Arms and Adventure in the American West

Beginning with Native American primitive weaponry, The Peacemakers presents a comprehensive panorama from Lewis and Clark and their historic expedition, through subsequent trailblazing explorers, traders and mountain men, to the Army, the gold and silver miners, gunfighters, gamblers, outlaws, frontier madams and their soiled doves, to peace officers, cowboys and ranchers, as well as sodbusters, shopkeepers and the agents of Wells Fargo, hunters and gentlemen-sportsmen, Wild West showmen and women, to the Western stars of stage, screen, radio, and television.

A final chapter provides insights and revelations on collecting arms and related treasures of the frontier. Designed as a companion volume to the bestselling Winchester: An American Legend and Colt: An American Legend, The Peacemakers matches those award-winning books with a fresh and breathtaking look at the extraordinary variety of Western arms.

In stark contrast to the primitive Native American weapons of the time, the mechanical marvels of the time changed the course of history. These weapons were created by Colt, Winchester, Smith & Wesson, Remington, Marlin, Sharps, Henry Deringer, Hawken, the U.S. armories and subcontractors, and small-shop private gunmakers. This book also includes other weapons of the era, like the ubiquitous Bowie knife, and more-many elegantly embellished knives including some by Tiffany & Co.

Arms and Adventure in the American West