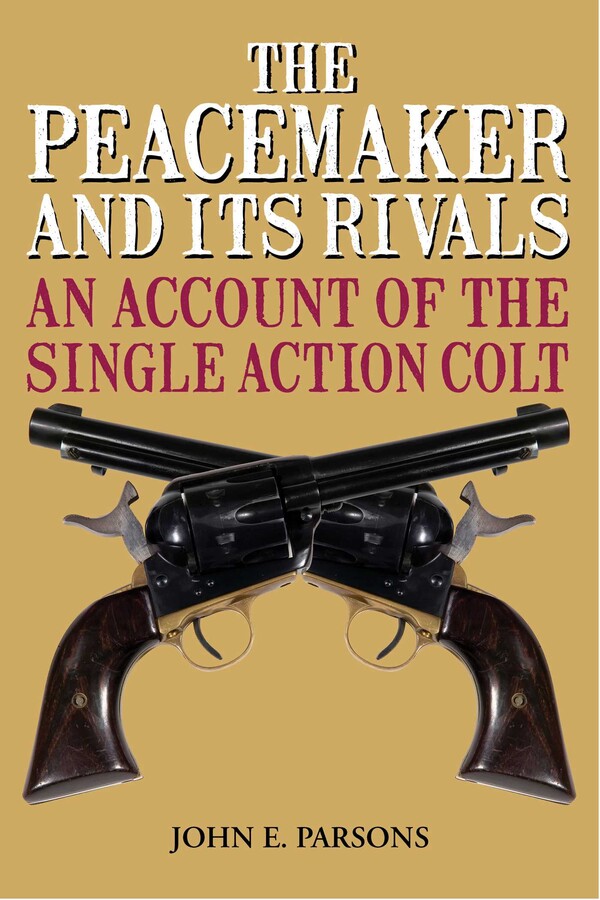 The Peacemaker and Its Rivals

This is the life story of the revered single action Coltthe first cartridge revolver adopted by the US Army and a favorite of frontiersmen and cowboys. Widely used from the Cheyenne War to the Battle of Britain, the Colt, or the Peacemaker as it was originally called in the trade, had many rivals, but it was a leader among weapons of its kind.
John E. Parsons, an expert firearms historian, extensively researches the metallic cartridge revolver, giving readers a rare and remarkably insightful glimpse into the evolution, use, accuracy, importation, and availability of the gun. Full of facts but easily readable, The Peacemaker and Its Rivals includes chapters on:

Parsons extensively compares and contrasts the Peacemaker to the Schofield Smith & Wesson and the Remington and other rivals and illustrates its significance in American history. With original photographs of many rare revolvers and guns, this is a must-have for firearms enthusiasts.

The Peacemaker and Its Rivals