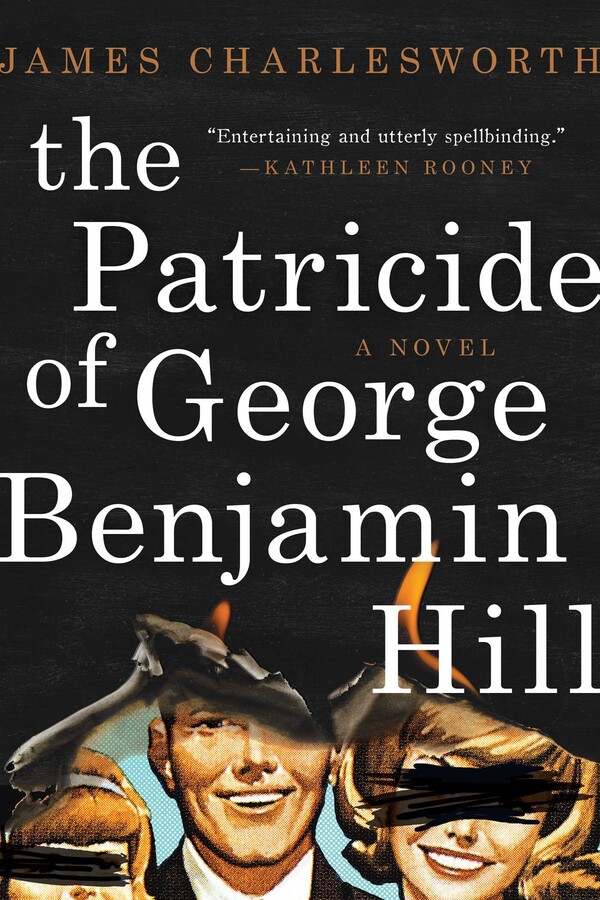 By James Charlesworth
LIST PRICE $24.99
PRICE MAY VARY BY RETAILER

One of Pop Sugar’s “10 BOOKS BY DEBUT AUTHORS TO WATCH.” From a powerful new literary voice, a sweeping epic of one family and the destructive power of the American Dream. “A powerful debut novel for fans of literary fiction and with special import for fathers and soon-to-be fathers.”—Library Journal

All their lives, the children of George Benjamin Hill have fought to escape the shadow of their father, a dust-bowl orphan, self-made millionaire in bedrock American capitalism (fast food and oil), and destroyer of two families on his way to financial success.

Now, they are approaching middle age and ruin: A failed ex–minor league ballplayer, divorced and mourning the death of his daughter in Miami; a self-proclaimed CIA veteran, off his meds and deciphering conspiracies in Manhattan; a Las Vegas showgirl turned old maid of The Strip, trying to stay clean; and an Alaskan bush pilot, twice un-indicted for manslaughter and recently thrown off his land by the federal government.

While their father takes his place at the center of a national scandal, these estranged siblings find themselves drawn from their four corners of the country, compelled along crowded interstates by resentment and confusion, converging on a 300-acre horse ranch outside Omaha for a final confrontation with the father they never had.

Migrating from the suburban anonymity of 1950s San Bernardino, to the frozen end of the world (Alaska circa 1976), and concluding in the background of one of the most horrifying moments in American history, The Patricide of George Benjamin Hill spans seventy years of life in America, from the Great Depression to the age of corporate greed and terrorism. It is a literary suspense novel about the decline and consequence of patriarchal society. It is also an intricate family saga of aspiration and betrayal.

James Charlesworth is a recipient of the Martin Dibner Fellowship from the Maine Community Foundation and an MFA from Emerson College. He is at work on his second book.

“Charlesworth’s debut novel takes a sweeping sideways look at American ambition and even the
great American novel. However, the tone is never cynical in this family tragedy. Rather, there is a beautiful sadness as well mournful anger as Charlesworth evokes the loss following consequential choices.”—Booklist, starred review

“A powerful debut novel for fans of literary fiction and with special import for fathers and soon-to-be fathers.”—Library Journal

“Charlesworth doesn’t mince words. . . . For such an unabashedly polemical first novel, The Patricide of George Benjamin Hill works surprising well, due in large measure to the unremitting intensity of its prose, the unsettling verisimilitude of its characters, and the moral courage at the core of its message.”—New York Journal of Books?

“Rife with the chaos attendant upon corruption and greed and alight with the ersatz sparkle of American myth-making. . . . Wild and haunted, it’s a realistic book, but it’s also an invitation to consider that maybe, when one lives under the patriarchy, one is caught in a horror story in which the scariest monster of all goes by the alias ‘Dad.’”—Brooklyn Rail
“Fascinating . . . For a reader seeking to learn about the dark side of American dream . . .  the perfect ride into how one man's psychology affected his family.”—Fresh Fiction
“James Charlesworth’s The Patricide of George Benjamin Hill is a brilliant send-up of American mythologies. When estranged siblings flock to their wealthy, scandalized father, the poisonous illusion of the American dream, of capitalism and conventional masculinity and familial betrayal, is powerfully exposed. With its thrilling plot and unforgettable characters, The Patricide of George Benjamin Hill is a vital debut novel.”—Laura van den Berg, author of The Third Hotel

"The Patricide of George Benjamin Hill asks what happens when a family tree is poisoned at the roots. This epic family saga unfolds in clear-eyed and powerful prose, and speaks to both our history and our moment, capturing what's lost in the search for power."—James Scott, author of The Kept

"Rife with the mayhem attendant upon corruption and greed, and alight with the ersatz sparkle of American myth-making and self-absorption, The Patricide of George Benjamin Hill offers a hefty and concrete document of the often incalculable costs of capitalist success. With this epic entry into the vast field of feckless and appalling father figures, Charlesworth presents one of the most entertaining and utterly spell-binding arguments against the patriarchy ever written. Wild and haunted, it's a realistic book, yes, but maybe it's also a horror story in which the scariest monster of all goes by the alias 'Dad.'"—Kathleen Rooney, author of Lillian Boxfish Takes a Walk

"The eponymous industrialist of James Charlesworth's debut novel is a bootstrapping striver, a paragon of ruthless certitude, a malevolent Forrest Gump of American capitalism; he's also the father of grown kids with wrecked lives and serious scores to settle. As Charlesworth tracks their murder-minded convergence on a Midwestern ranch, his winding, precise sentences excavate histories both personal and national to deliver a compressed epic that doubles as a fierce indictment of traditional masculinity. Rollicking, hallucinatory, and deeply felt, The Patricide of George Benjamin Hill is a scorching Oresteia for the twenty-first century."—Martin Seay, author of The Mirror Thief

“Patricide is rapid-fire and dense and muscular. I love the way Charlesworth packs his sentences, and his characters have this grand, epic, fated quality.”—Susan Bernhard, author of Winter Loon

"A wild ride across decades and emotional depths, The Patricide of George Benjamin Hill follows one man's rise from humble beginnings to the pinnacle of power and greed, and the lengths his scattershot offspring will go to exact revenge on the father who left them behind in pursuit of the American Dream."—Kelly J. Ford, author of Cottonmouths

"Stunning . . . an epic but intimate story about vengeance, the effects of toxic masculinity, and “what happens when a family tree is poisoned at the roots” (James Scott).—Early Bird Books

By James Charlesworth
LIST PRICE $24.99
PRICE MAY VARY BY RETAILER