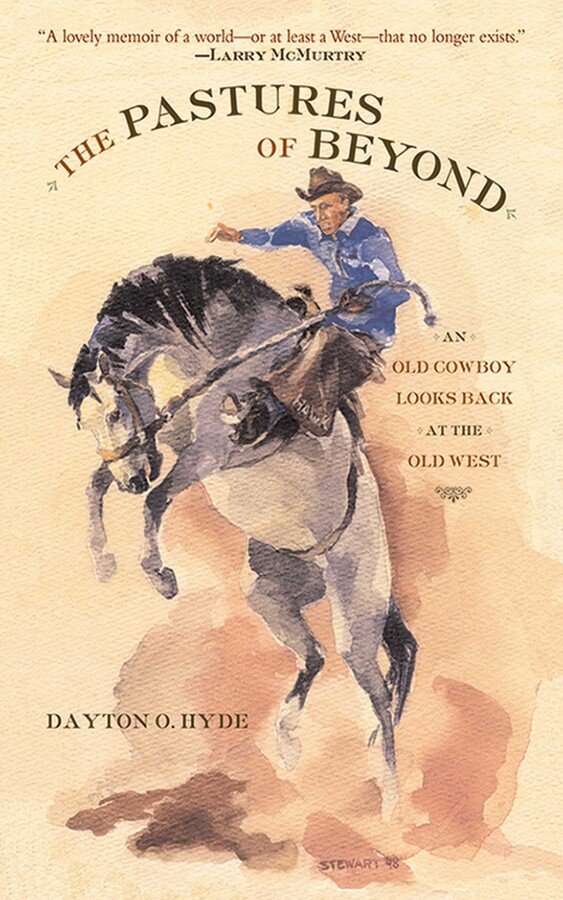 The Pastures of Beyond

An Old Cowboy Looks Back at the Old West

At age thirteen, Dayton Hyde, a spirited beanpole of a boy, ran away from home in Michigan to Yamsi, his uncle’s ranch in eastern Oregon. This was in the 1930s, and Yamsi was one of the last great cattle ranches of the West. Soon the boy, nicknamed Hawk,” was riding a horse, soaking up ranch life from the hired hands, and winning the cowboys’ respect.

A natural bronco buster, he eventually became a rodeo rider, bull fighter, clown, and photographer, working all over the West with the likes of Slim Pickens, Rex Allen, and Mel Lambertall of whom went on to careers in Hollywoodand selling pictures to Life magazine. After the Second World War, he took over the reins at Yamsi, ensuring its survival in changing times. Now, half a century later, he gives us his valedictory ode to that last great period of the Old West. Full of humor, rollicking stories, and love of the land, Hyde pays homage to the cowboys, Indians, and great horses that made the West the legend it is today.

The Pastures of Beyond

An Old Cowboy Looks Back at the Old West