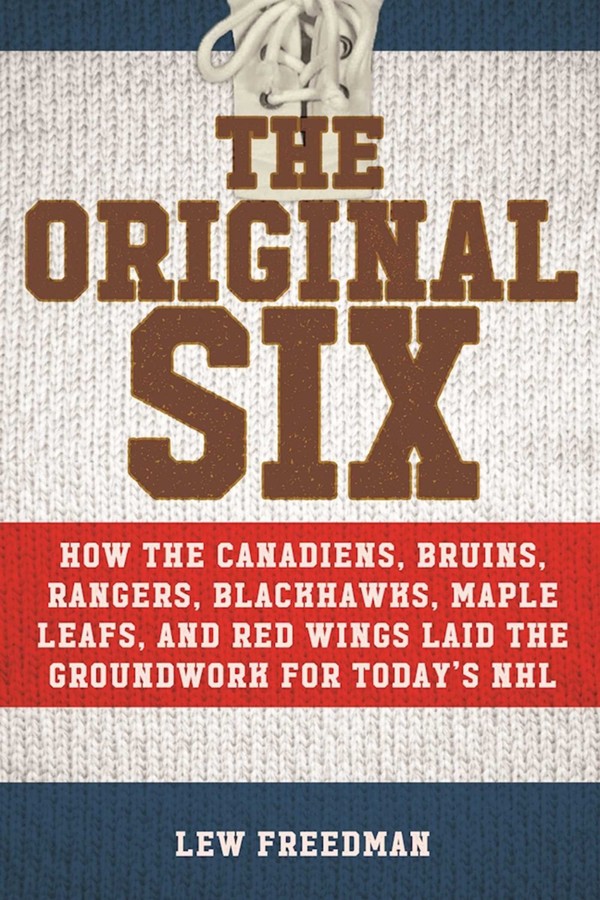 By Lew Freedman
LIST PRICE $16.99
PRICE MAY VARY BY RETAILER

Since the inception of the National Hockey League on November 26, 1917, the sport of hockey has been one of the most popular games across the globe.

After the National Hockey Association (NHA), which had been founded in 1909, ceased operations, the NHL took over and became a mainstay for the sport. While there had been teams that dated back to the 1800s and many that came and went through the years, there are six teams which are considered to be the Original or Traditional Six: the Montreal Canadiens, Boston Bruins, New York Rangers, Chicago Blackhawks, Toronto Maple Leafs, and Detroit Red Wings.

In The Original Six, Lew Freedman (Clouds Over the Goalpost, A Summer to Remember) takes readers on a trip down memory lane, not only introducing the NHL’s humble beginnings, but how far the game has actually come.

Broken up into six sections, Freedman tells the history and stories of the teams that represent the heart and soul of the NHL. From how these teams came to be and the steps that were taken to get them established to their early years and how they helped shape the game we love today, The Original Six is not only for lover’s of these teams, but for the sport itself.

Whether you’re a diehard supporter or fair-weather fan, learn how this incredible sport began and of the teams that helped it grow into one of the most entertaining and enjoyable games in the world.

Lew Freedman is the author of nearly sixty books on sports, including Clouds over the Goalpost, The Original Six, and A Summer to Remember, and is the winner of more than 250 journalism awards. A veteran sportswriter, Freedman was formerly a staff writer for the Chicago Tribune and Philadelphia Inquirer, as well as other papers, and lives in Columbus, Indiana.

By Lew Freedman
LIST PRICE $16.99
PRICE MAY VARY BY RETAILER