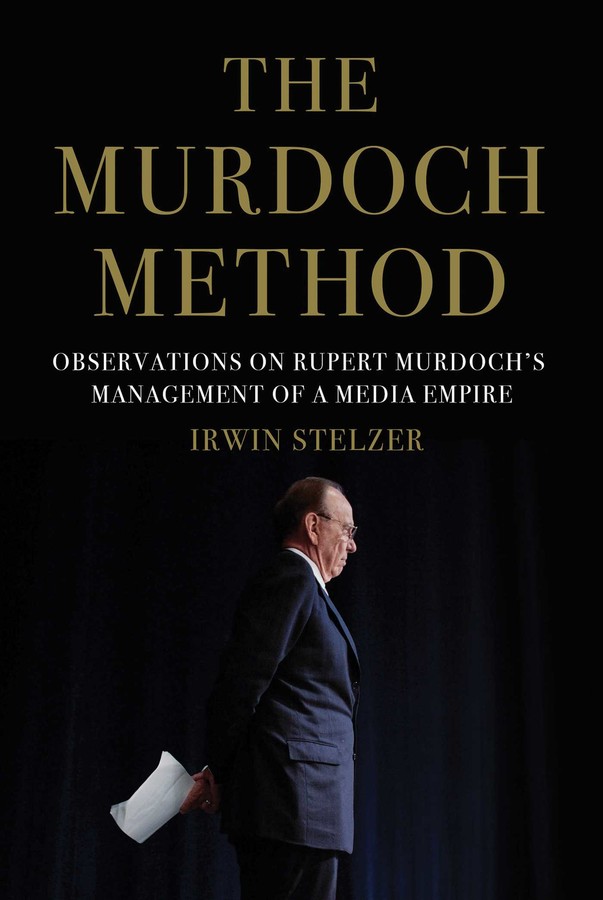 After having worked with Rupert Murdoch for what the legendary newspaperman describes as "thirty-five years of great memories," Irwin Stelzer is uniquely positioned to evaluate Murdoch’s media empire through periods of rapid expansion and acquisitions, times of financial and regulatory stress, and political battles in Britain and America. Stelzer helped plan important company conclaves and assisted with speeches, at least one of which was responsible for having News Corp barred by the Chinese regime from doing business in that country. Here are the philosophies on how Rupert approaches and values deals, whether stalking the Wall Street Journal for decades before pouncing, or “over-paying” for everything from Fox Studios to NFL rights; how he copes with regulatory constraints; how he wins some and loses some, must notably MySpace. The Murdoch Method is the sum total of the management techniques that grew out of Rupert’s attitudes and conceptions, taking him from a struggling newspaper in an out-of-the-way town in Australia to running a globe-dominating media enterprise.

Irwin Stelzer, an award-winning columnist for The Sunday Times (London), is a regular commentator on business affairs for the BBC. He has held key positions at two of Washington's leading think tanks, the Hudson Institute and the American Enterprise Institute, as well as at Harvard University's John F. Kennedy School of Government. He serves on the advisory board of The Weekly Standard, where he writes a weekly column. He and his wife, author Cita Stelzer, live in Aspen, Colorado.

"A fascinating peek behind the corporate curtain. An engrossing insider’s account—a great read about the greatest media empire of the late-20th and early-21st century."

"Murdoch might be regarded as the devil incarnate to some, but to anyone with an open mind he is one of the most compelling and fascinating figures of our time. Which is why Irwin Stelzer’s book about the man he has advised for over three decades, The Murdoch Method, is so fascinating. Stelzer’s asides bring insight."

"Great insights into the complex Murdoch man and equally great lessons for risk-taking and management."

"Want to be a newspaper proprietor? A movie mogul? An icon? Irwin Stelzer’s inside knowledge shows us how it’s done."

"Anyone who reads Irwin Stelzer’s newspaper columns, or who has listened to him speaking, will not be surprised that this account of The Murdoch Method is both instructive and entertaining. Murdoch is a phenomenon who has been a unique entrepreneur, perhaps more interested in power and the fascination of his profession than in merely making money. It takes the independence and acuity of a friend—and at the same time an arm’s-length adviser of someone of Irwin Stelzer’s standing—to convey brilliantly an analysis of the risks that Murdoch has taken on the road to success."

"The author's close relationship with Rupert Murdoch gave him his biggest advantage as a biographer—special insights into the man and his motives—but also his biggest problem: the temptation to be too lenient when criticism was objectively justified. Irwin Stelzer has traversed this minefield with a sense of humor, great writing skill, and a sincere effort to achieve scholarly detachment."