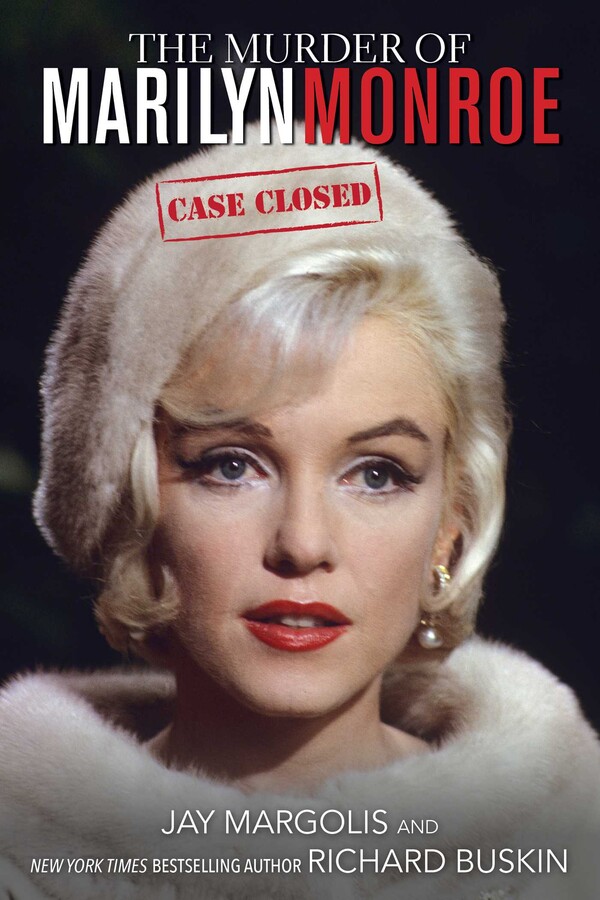 By Jay Margolis and Richard Buskin
LIST PRICE $24.95
PRICE MAY VARY BY RETAILER

Since Marilyn Monroe died among suspicious circumstances on the night of August 4, 1962, there have been queries and theories, allegations and investigations, but no definitive evidence about precisely what happened and who was involved . . . until now. In The Murder of Marilyn Monroe: Case Closed, renowned MM expert Jay Margolis and New York Times bestselling author Richard Buskin finally lay to rest more than fifty years of wild speculation and misguided assertions by actually naming, for the first time, the screen goddess’s killer while utilizing the testimony of eye-witnesses to exactly what took place inside her house on Fifth Helena Drive in Los Angeles’ Brentwood neighborhood.

Implicating Bobby Kennedy in the commission of Marilyn’s murder, this is the first book to name the LAPD officers who accompanied the US Attorney General to her home, provide details about how the Kennedys used bribes to silence one of the ambulance drivers, and specify how the subsequent cover-up was aided by a noted pathologist’s outrageous lies. This blockbuster volume blows the lid off the world’s most notorious and talked-about celebrity death, and in the process exposes not only the truth about an iconic star’s tragic final hours, but also how a legendary American politician used powerful resources to protect what many still perceive as his untarnished reputation.

By Jay Margolis and Richard Buskin
LIST PRICE $24.95
PRICE MAY VARY BY RETAILER