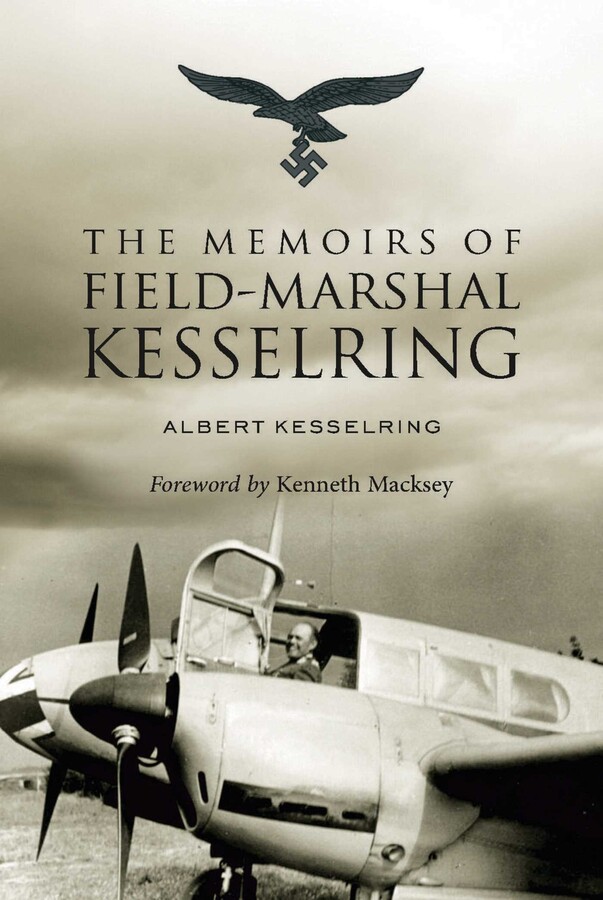 The Memoirs of Field-Marshal Kesselring

One the great military autobiographies of World War II.

Field Marshal Albert Kesselring was one of Germany’s most capable military strategists. Originally a Bavarian army officer, he transferred to the Luftwaffe in 1935 and became Göring’s deputy, commanding air fleets during the invasion of France and the Battle of Britain. In 1941, he was appointed Commander-in-Chief South, sharing the direction of the North African campaign with Rommel. As Commander-in-Chief in Italy in 194344, his brilliant defense of the peninsula became legendary. In 1945, after the Ardennes offensive failed, Kesselring replaced von Rundstedt as Commander-in-Chief West.

In his memoirs, Kesselring describes his military training, his service in World War I, his work in the Reichswehr, his role in the founding of the Luftwaffe, and all aspects of his command in World War II. Conducing with Kesselring’s account of his trial and imprisonment for war crimes, these memoirs give a full picture of the whole military experience of one of Germany’s great commanders.

The Memoirs of Field-Marshal Kesselring