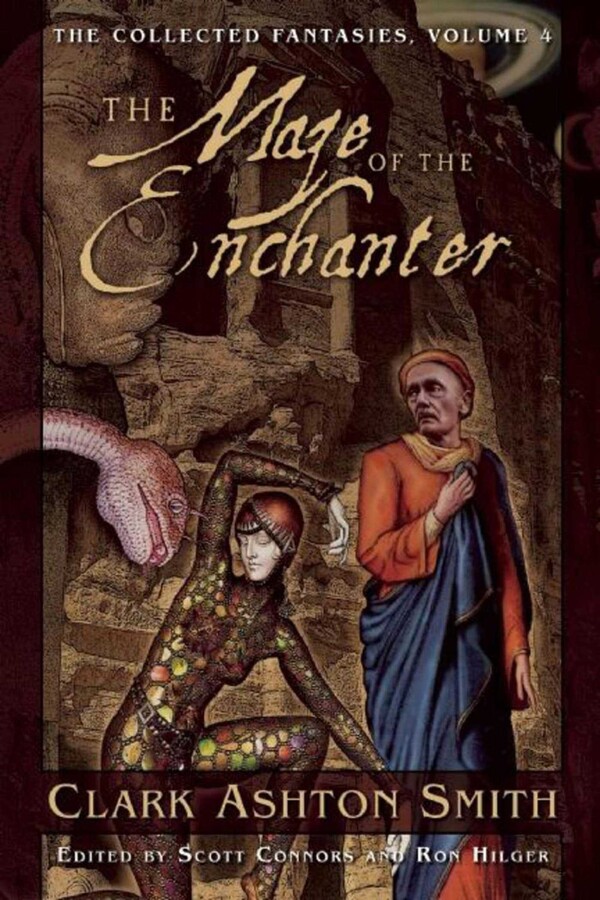 The Maze of the Enchanter


“None strikes the note of cosmic horror as well as Clark Ashton Smith. In sheer daemonic strangeness and fertility of conception, Smith is perhaps unexcelled by any other writer.”

Clark Ashton Smith is considered one of the best contributors to seminal pulp magazines such as Weird Tales. Along with his contemporaries H. P. Lovecraft and Robert E. Howard, he helped shape and define “weird fiction” in the early 20th century. Smith drew upon his background in poetry to portray an unparalleled richness of expression and imagination in his tales of the fantastical and bizarre.

The Collected Fantasies series presents all of Clark Ashton Smith’s work chronologically. The tales in this series are paired with detailed background notes from editors Ron Hilger and Scott Connors. To prepare for these collected fantasies of Clark Ashton Smith, these two editors meticulously compared various typescripts, published editions, original manuscripts, and Smith’s own letters and notes. Their efforts have made the most definitive and complete collection of Smith’s work to date.

The Maze of the Enchanter is the fourth of five volumes that collect all of Clark Ashton Smith’s stories of fantasy, science fiction, and horror. It contains all of his stories from “The Mandrakes” (1932) to “The Flower-Women” (1933). Gahan Wilson wrote the introduction.

Skyhorse Publishing, under our Night Shade and Talos imprints, is proud to publish a broad range of titles for readers interested in science fiction (space opera, time travel, hard SF, alien invasion, near-future dystopia), fantasy (grimdark, sword and sorcery, contemporary urban fantasy, steampunk, alternative history), and horror (zombies, vampires, and the occult and supernatural), and much more. While not every title we publish becomes a New York Times bestseller, a national bestseller, or a Hugo or Nebula award-winner, we are committed to publishing quality books from a diverse group of authors.
Clark Ashton Smith

Clark Ashton Smith was a self-educated poet and author best remembered for his short stories of fantasy, horror, and the supernatural published in genre pulp magazines such as Wonder Stories and Weird Tales in the late 1920s and 1930s. Smith died in 1961 in California.

The Maze of the Enchanter