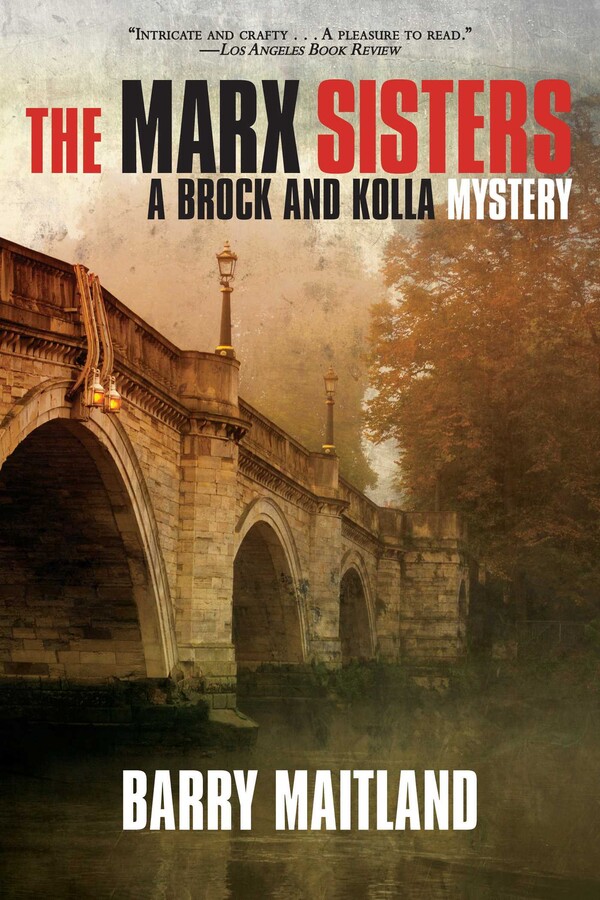 This first book in the Brock and Kolla Mystery series was shortlisted for the Crime Writers Association’s John Creasey Award for best first mystery and met with wide acclaim. It introduced the team of Detective Chief Inspector David Brock and Detective Sergeant Kathy Kolla, with Kathy a neophyte to Scotland Yard. And her first case was one for the books. Meredith Winterbottom, a great-granddaughter of Karl Marx and a longtime resident of Jerusalem Lanea Dickensian section of London inhabited by Eastern European immigrantsis found dead in her apartment. Along with her two sisters and other Lane residents, she had been seeing red over a real estate developer’s plan to gentrify their neighborhood. Six months after Meredith’s death, a second sister is murdered. Are they victims of money-hungry developers or were they killed for the politics of another age? And why would David Brock, a notorious curmudgeon, assign himself to help Kathy on a relatively small case?

As Kathy and Brock delve into the Lane’s eccentric melting pot, they find unknown letters from Marx to Engels, a possible fourth volume of Das Kapital, a long list of suspects ranging from Meredith’s shady son to a Princeton professor and a Polish veteran of World War IIand a plot to make Kathy’s first case her last.

Beautifully crafted and styled . . . A stunning debut for a new series.”Providence Sunday Journal
Intelligently devised and subtly plotted.”Dallas Morning News
An accomplished work . . . providing the reader with great enjoyment in trying to figure out the puzzle.”Mystery Review

Beautifully crafted and styled . . . A stunning debut for a new series.”Providence Sunday Journal
Intelligently devised and subtly plotted.”Dallas Morning News
An accomplished work . . . providing the reader with great enjoyment in trying to figure out the puzzle.”Mystery Review