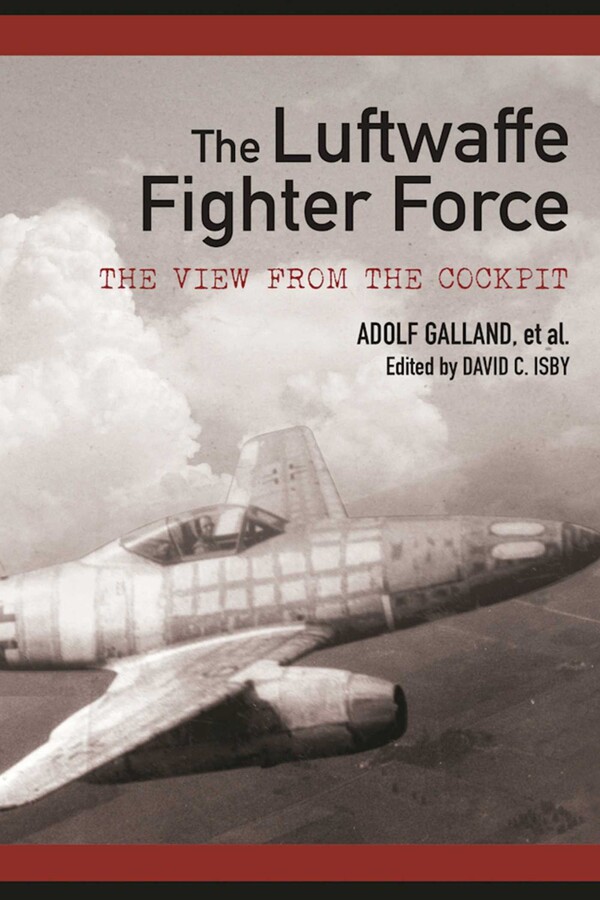 The Luftwaffe was the official Nazi air force during World War II and The Luftwaffe Fighter Force features thirty-four accounts of its missions given by pilots and members of its flight crews. Stories included give a rarely heard perspective on the war and Luftwaffe members are frank in revealing the difficulties they encountered and what they believe led to their downfall.

The Luftwaffe pilot and crew members featured in this unusual collection divulge what was once highly-confidential information, including fighter tactics, aircraft technology and operations, how they received their commands, and what the chain in carrying out their orders was. Also included are thirty rarely seen photographs and five maps and diagrams. Images feature things such as uniformed Luftwaffe officers, close-up shots of fighter planes, and the boundaries the planes were authorized to carry out their missions in.

This unique volume was compiled by acclaimed military historian David C. Isby and is extraordinarily comprehensive. To make it, Isby poured over accounts of the war given by members of the Luftwaffe shortly after the events they describe. Much of the information in the book has been shared for the first time within it, and after a limited print run nearly twenty years ago, is finally, seventy years after the Luftwaffe missions, finally back in print.