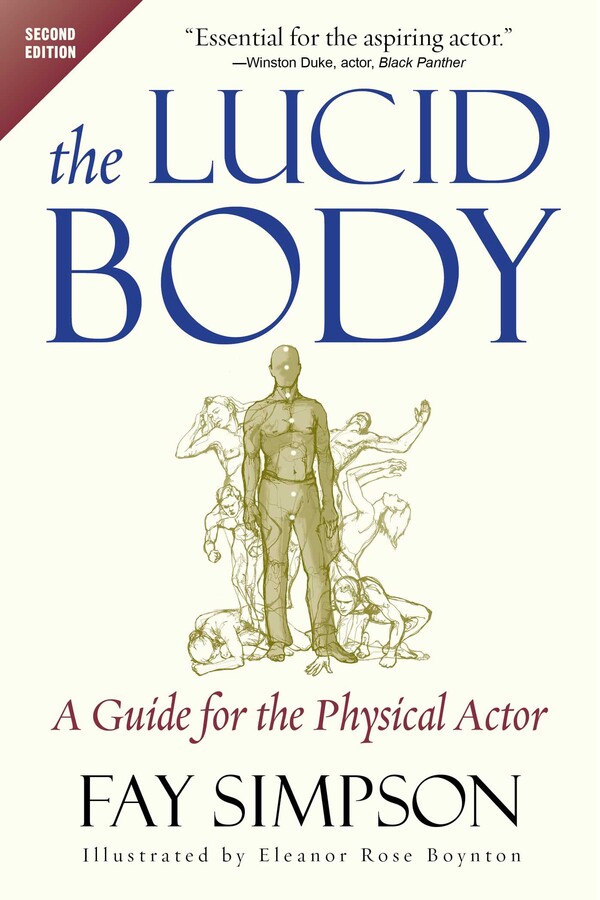 “From Fay’s methodology, I learned to use my intuition and lived experiences in myriad new ways.” —Winston Duke, actor, Black Panther, Avengers, Us, and Nine Days

Actors are shape-shifters, requiring the tools to wade into unfamiliar waters and back out again. The Lucid Body offers a holistic, somatic approach to embodying character from the inside-out and, for the non-actor, offers a way to give hidden parts of the self their full expression. By identifying stagnant movement patterns, this process expands one’s emotional and physical range and enables the creation of characters from all walks of life—however cruel, desolate, or jolly. Rooted in the exploration of the seven chakra energy centers, The Lucid Body reveals how each body holds the possibility of every human condition. Readers will learn how to:

A step-by-step program guides the actor through the phases of self-awareness that expand emotional and physical range not only on stage, but also in daily life. This new edition includes a more diversified range of playwrights, non-binary language, and new chapters on stage intimacy protocol and physical listening. Exercises that have been honed for the past ten years have been made more concise. New somatic and neuro-scientific data has been added, with additional wisdom and insights from colleagues and Simpson's team of Lucid Body teachers.
Fay Simpson
Eleanor Rose Boynton

“From Fay’s methodology, I learned to use my intuition and lived experiences in myriad new ways—to play boldly and focus my energy. Fay also demonstrated a deep sense of service—service to something greater than herself: the service of molding young dreamers into productive, proficient participants in an ever-evolving conversation of artistry and creativity.” —Winston Duke, actor,Black Panther, Avengers, Us, and Nine Days

“Fay’s work is the homework I bring to every character, be it for theater, film, TV, or audition. It is clear and attainable while still feeling personal and flexible. Not only has the Lucid Body process deepened my acting work, but it has also been a tool for personal growth.” —Brenna Palughi, High Maintenance (HBO), The Family (ABC), and A Time to Kill (Broadway)

“The Lucid Body approach awakens in the actor the organic impulses that society has suppressed from an early age—and then challenges us to act upon those impulses. It’s the perfect antidote to ‘talking heads.’” —Joseph Siravo, founder, Shakespeare & Beyond, and actor, The People v. O.J. Simpson (FX), The Sopranos (HBO), Oslo (Broadway), and The Light in the Piazza (Broadway)