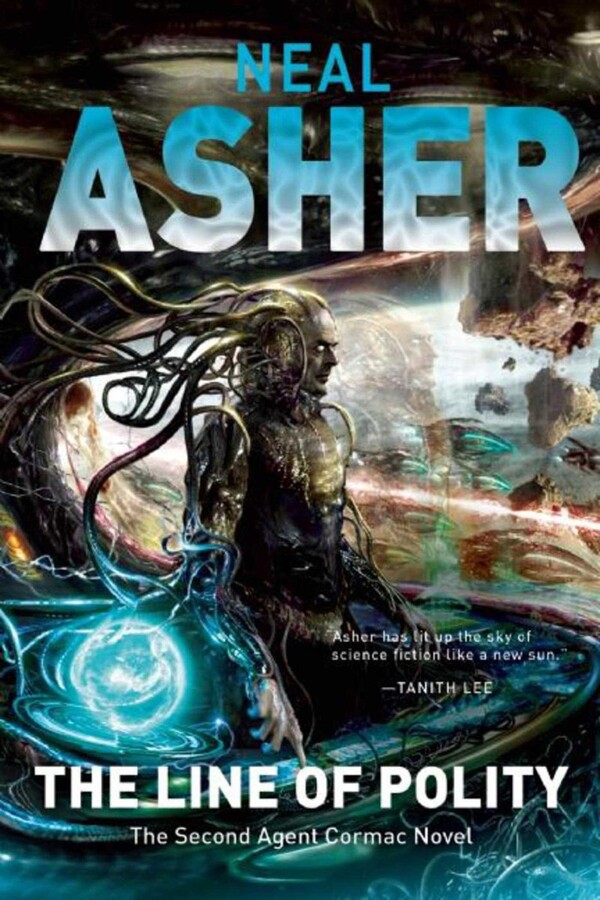 The Line of Polity

The outlink station of Miranda has been completely destroyed by a nanomycelium. Nobody knows why, but all the signs of devastation point to Dragon, a gigantic bioconstructed creature.

In The Line of Polity, Agent Cormac is sent to the scene to investigate this disaster aboard the titanic Polity dreadnought, the Occam Razor. In his thrilling quest to seek the truth, Cormac navigates through the tolling and difficult remote world of Masadaready to be subsumed as the Line of Polity is sketched across it.

Meanwhile in the dangerous world of Masada, the remote planet deals with the long-term rebellion from its slave population. There is no breathable air and monstrous predatorial hooders and siluroynes lurk the planet. If that’s not enough, the planet houses the weird and terrible gabbleducks. To make matters worse, the rebellion is trapped below-ground since the slave population is subjected to an arsenal of powerful laser arrays controlled by an elite group known only as the Theocracy hidden within cylinder worlds.

Roaming the planet is the mysterious and rogue biophysicist, Skellor, who possesses something so powerful that Polity AIs will stop at nothing to acquire it. But just how powerful is it? And how does everything connect? Only Agent Cormac can find out.

The Line of Polity