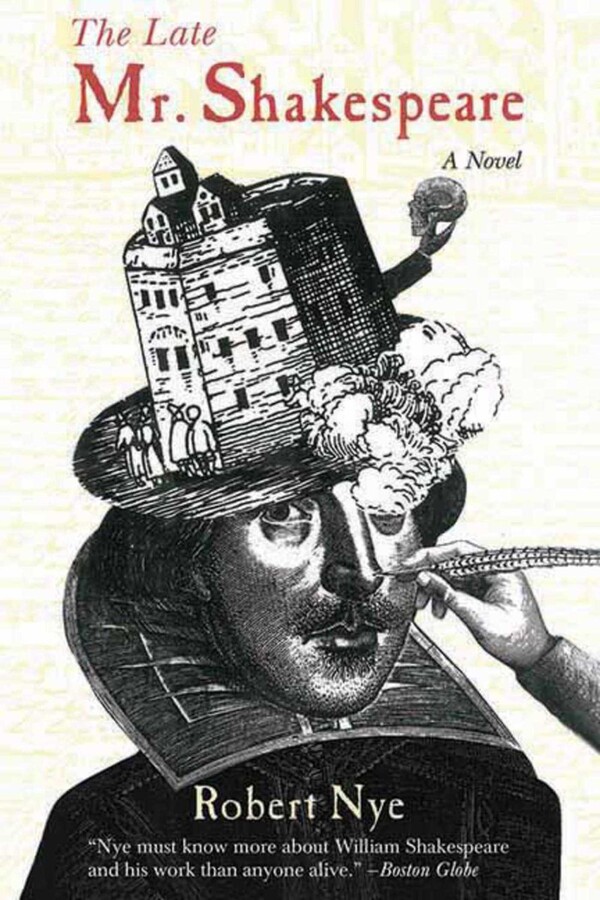 From the pen of the writer whom Peter Ackroyd called "one of our best living novelists" comes a work that is rich, strange, and wonderful. Welcomed in Shakespeare’s own land as the most original, exciting, and provocative novel about the playwright since Anthony Burgess’s classic Nothing Like the Sun, Robert Nye’s The Late Mr. Shakespeare is a literary event. Our guide to the life of the Bard is an actor by the name of Robert Reynolds, known also as Pickleherring, who asserts that, as a boy, he was not only an original member of Shakespeare’s acting troupe, but also played the greatest female roles, from Cleopatra through Portia. In an attic above a brothel in restoration England—a half century after Shakespeare had departed the stage—Pickleherring, now an ancient man, sits down to write the full story of his former friend, mentor, and master.

Ancient he may be, but fond, faithful Pickleherring has forgotten not one jot, and using sources both first hand and far-fetched, he means to set the record straight. Gentle readers will learn much that will open their eyes. One by one, chapter by chapter, Pickleherring teases out all the theories that have been embroidered around Shakespeare over the centuries: Did he really write his own plays? Who was the Dark Lady of the sonnets? Did Shakespeare die a Catholic? What did he do during his so-called lost years, before he went to London to write plays? What were the last words Shakespeare uttered on his deathbed? Was Shakespeare ever in love? Pickleherring turns speculation and fact into stories, each bringing us inexorably closer to Shakespeare the man—complex, contradictory, breathing, vibrant. Robert Nye has given us an outrageously bawdy, language-loving, and edifying romp through the life and times of the greatest writer who ever lived. The Late Mr. Shakespeare proves how alive he was.

“Nye brilliantly weaves together almost all the known facts about Shakespeare, a great many of the spurious anecdotes which have been attached to his life, and a tissue of rare inventions of his own.”— Times Literary Supplement

“Anyone who loves Shakespeare will love this book. . . . Wildly inventive and satisfyingly steeped in the dramatist’s work.”— Sunday Telegraph