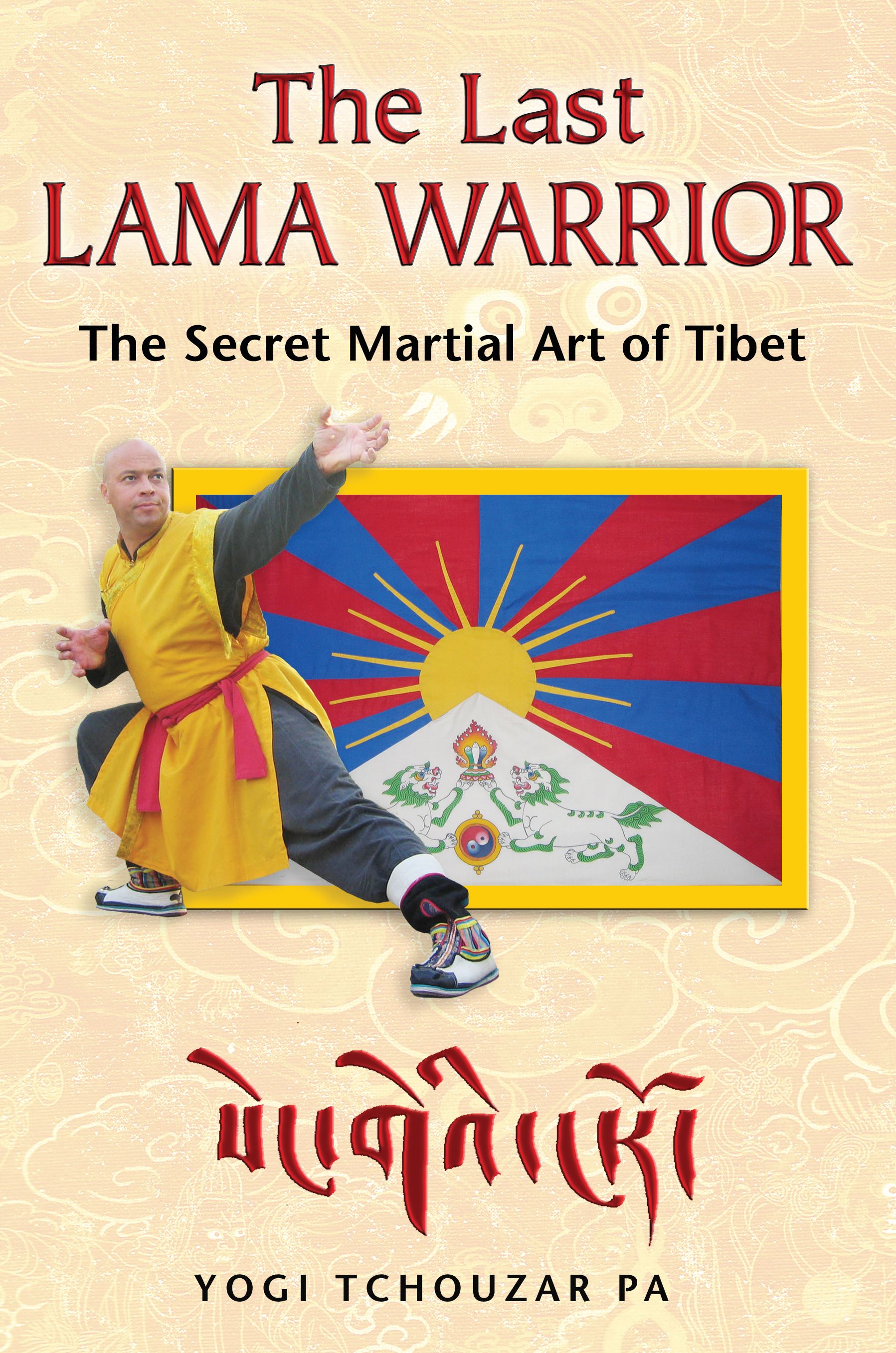 The Secret Martial Art of Tibet

• Reveals the postures, rules, and teachings of this martial art rooted in the Tibetan Buddhist tradition

Sengueï Ngaro, which means “the lion’s roar,” is a traditional martial art that was born in the Kham region of Tibet and was secretly handed down by its lineage of warrior monks from the fifteenth century until 1956, when Chinese soldiers destroyed the monastery and massacred all the monks. The superior of the monastery, Lama Bui, survived and fled to the West where he taught it to Lama Tra, the teacher of the author of this book. Today Yogi Tchouzar Pa is the keeper and guardian of this almost vanished tradition.

Sengueï Ngaro consists of a series of 86 movements and 10 techniques inspired by animal behavior. It offers both a formidable art of combat and, when combined with its advanced meditation on the ultimate nature of spirituality, a means of spiritual advancement. In The Last Lama Warrior, Yogi Tchouzar Pa provides for the first time in English a fully illustrated and detailed explanation of these postures and their purpose as well as the spiritual principles and traditions on which they are founded. As Yogi Tchouzar Pa explains, “it is only by practicing the physical forms that the depth of the spiritual principles can be understood.”

THE UNINTERRUPTED LINEAGE OF SENGUEÏ NGARO

THE TEACHINGS OF LAMA BUI

After my training in Sengueï Ngaro, Lama Tra often told me about certain of his master’s teachings that had struck him and which he still remembered.
The first day of Lama Tra’s training in Sengueï Ngaro, Lama Bui invited him to share his meal. Lama Tra accepted and hurried off to look for something: place settings that he had carefully taken with him. Near his plate he placed his knife, fork, and spoon. Lama Bui then asked him, “Would you mind getting a table napkin for me?”
Happy to be serving his master, he went off saying, “I’m on my way and I’ll be right back.”
Upon his return, he noticed that the place settings had disappeared. Stunned, he looked at his master. From behind his back, his master produced
two golden chopsticks and gave them to his student saying, “It is forbidden to eat with one’s fingers! Here is a pair of priceless chopsticks: One is strength and the other is agility! You must know how to use these two virtues correctly!
Seeing how Lama Bui was eating, Lama Tra tried to imitate him as best he could. Unfortunately, after several unsuccessful attempts he had more rice scattered around his plate than he managed to get into his stomach. He then exclaimed, “When am I going to be able to feed myself correctly?”
“When you’re really hungry, you will manage!” replied Lama Bui, laughing.
Lama Bui had already almost finished his meal and invited his student to do the same.
His master had just given him a very profound teaching in Sengueï Ngaro: knowing how to separate ourselves from what we like and having to face what we don’t like. In fact, it is important to ward off irritation and frustration if we want to deepen the practice of Sengueï Ngaro, even if they are part of the web of samara. We live every day as if we were seated on a prickly bush and every time we try to seat ourselves more comfortably, we get pricked a bit more. When we meet obstacles, we always need to accept this adversity and work with people we find aggressive or who rub us the wrong way. Similarly, we need to more readily find it possible to separate ourselves from what we love most without suffering for it.

The Iron Ball Wrapped in Silk

Seeing one day that his student was more tense than usual in trying for strength in his movements, he told him that in the art of Sengueï Ngaro one must always remember this teaching:

The fist is like a ball of steel
Wrapped in a thick layer of silk.
But when the fist arrives at the point of impact,
It’s the iron that is felt, not the silk!

One morning very early, Lama Tra met his master in front of the temple where he was watching the rising sun. Knowing how much his master liked to laugh and share this form of expression of energy, he went up to him and after a little while told him a joke. Seeing that Lama Bui remained like a statue, he exclaimed, “So Master, this doesn’t make you laugh this morning?”
“Today I’m going to punish you with a new training unknown to you!”
Stunned, the student followed him. He brought him for the first time into a large hidden room in the temple where he was in the habit of retiring to train alone. There was a strange structure there, a kind of large carriage wheel to which were attached two enormous steel cauldrons, one above the other.
“What is that?” Lama Tra asked him.
“Your punishment!” replied his Master.
He pointed to the two cauldrons and gave him two enormous ladles with which he suggested emptying the lower cauldron into the upper one, which was empty. This was done with a particular rotation of the shoulders based on the Mongoose Technique. After a few moments the upper cauldron was full. The student, exhausted but pleased with the result, cried out, “I’ve finished, Master!”
At that point Lama Bui turned the huge wheel so that that upper cauldron was now on the bottom. Then he told him to repeat the exercise. Again and again . . . This lasted about half an hour.
Once the exercise was finished he said to his student, “For you, this was a punishment, but for me it is a real pleasure and it makes me laugh a great deal when I do this every morning. I devised and built this wheel for my own training.”

Here we have a real martial arts Sengueï Ngaro teaching delivered by Lama Bui to his student. Much more than just a punishment, much more than just a physical, technical training, much more than endurance for his character or his mind developed by this surprising exercise, it is in fact an invaluable teaching that has been provided. What may appear to some as a punishment or suffering can bring to others a state of calm, of fulfillment, of happiness, or of pleasure. The law of karma operates here and determines each being’s vision of reality.
Yogi Tchouzar Pa

Yogi Tchouzar Pa is the last holder of the lineage who received all the teachings of Sengueï Ngaro from its last surviving master, Lama Tra. Yogi Pa teaches throughout the world and directs a number of martial arts training centers in France that specialize in Sengueï Ngaro. He lives in France.

". . . a fascinating, informed, and informative read which is strongly recommended for all dedicated studies of the martial arts in general, and Tibetan martial arts and legacy in particular."

"Yogi Tchouzar Pa explains this martial art with explanations and photos, and makes for an intriguing treat for both spirituality readers and martial arts enthusiasts. The Last Lama Warrior is a worthwhile consideration."

The Secret Martial Art of Tibet