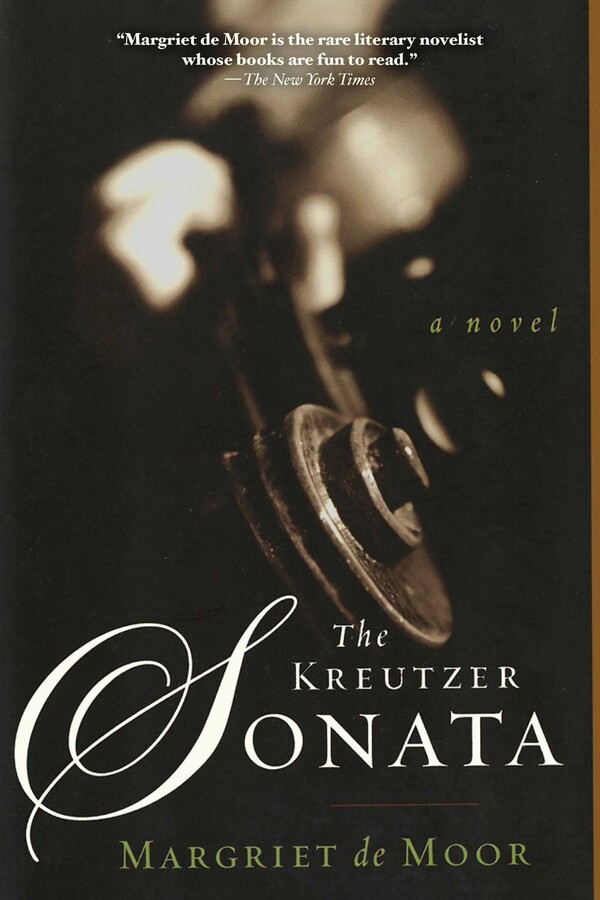 With an astute sense of musical form and a wonderful sense of passion” (New York Times Book Review), master storyteller Margriet de Moor, one of Europe’s foremost novelists, once again brings us a richly imagined and highly original tale of passion and jealousy.

The unnamed narrator, a young musicologist, meets and befriends the famous blind music critic Marius van Vlooten. Their first encounter is on an airplane en route to a master class in Bordeaux, where the narrator introduces Marius to Suzanna, the pretty first violinist of a string quartet there to perform Janácek’s Kreutzer Sonata. From this chance meeting, a passionate love affair soon develops between Marius and Suzanna. They become engaged and marry.

A series of subsequent conversations between Marius and the narrator reveals the truth behind Marius’s blindness: when he was a young student, he had fallen madly in love with a girl who spurned him. Despairing, he tried to commit suicide, but succeeded only in blinding himself. Now, ten years later, Marius is prey to another terrible dilemma: he loves Suzanna desperately, but, strongly suspecting she has a lover, becomes insanely jealous. His suspicions and his past draw himand the readerinto a dramatic and tense Hitchcockian vertigo, where the tragedy plays itself out.