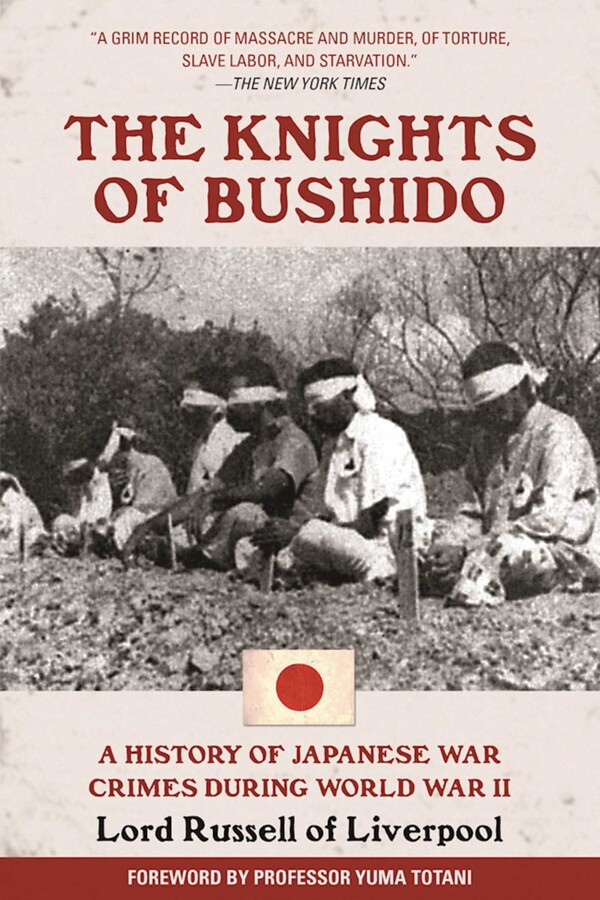 The war crimes trials at Nuremberg and Tokyo meted out the Allies’ official justice; Lord Russell of Liverpool’s sensational bestselling books on Germany’s and Japan’s war crimes decided the public’s opinion. The Knights of Bushido, Russell’s account of Japanese brutality in the Pacific in World War II, carefully compiles evidence given at the trials themselves. Russell describes how the noble founding principles of the Empire of Japan were perverted by the military into a systematic campaign of torture, murder, starvation, rape, and destruction. Notorious incidents like the Nanking Massacre and the Bataan Death March emerge as merely part of a pattern.

With a new introduction for this edition, The Knights of Bushido details the horrors perpetrated by a military caught up in an ideological fervor. Often expecting death, the Japanese flouted the Geneva Convention (which they refused to ratify). They murdered aircrews, bayoneted prisoners, carried out arbitrary decapitations, and practiced medical vivisection. Undoubtedly formidable soldiers, the Japanese were terrible conquerors. Their conduct in the Pacific is a harrowing example of the doctrine of mutual destruction carried to the extreme, and begs the question of what is acceptableand unacceptablein total war.