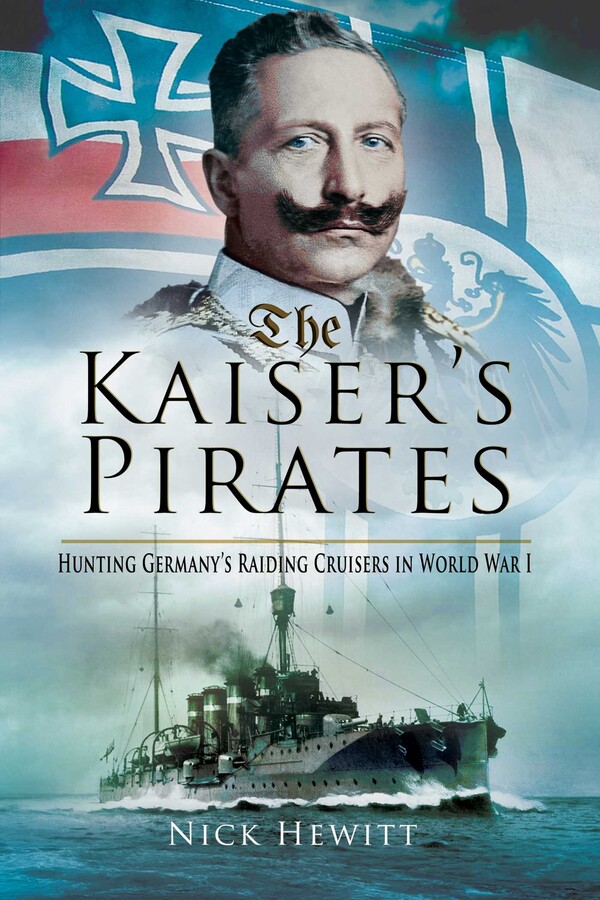 By Nick Hewitt
LIST PRICE $14.99
PRICE MAY VARY BY RETAILER

The Kaiser’s Pirates is a dramatic and little-known story of World War I, when the actions of a few men shaped the fate of nations. By1914 Germany had ships and sailors scattered across the globe, protecting its overseas colonies and showing the flag” of its new Imperial Navy. After war broke out on August 4 there was no hope that they could reach home. Instead, they were ordered to attack Britain’s vital trade routes for as long as possible. Under the leadership of a few brilliant, audacious men, they unleashed a series of raids that threatened Britain’s war effort and challenged the power and prestige of the Royal Navy. The next year saw a battle of wits which stretched across the globe, drawing in ships and men from six empires.

By the end, the Kaiser’s Pirates” were no more, and Britain once again ruled the waves. Including vivid descriptions of the battles of Coronel and the Falklands and the actions of the Emden, the Goeben and the Breslau, the Karsrühe and the Königsberg, The Kaiser’s Pirates tells a fascinating narrative that ranges across the Atlantic, the Indian Ocean, the Pacific, and the Caribbean.

By Nick Hewitt
LIST PRICE $14.99
PRICE MAY VARY BY RETAILER