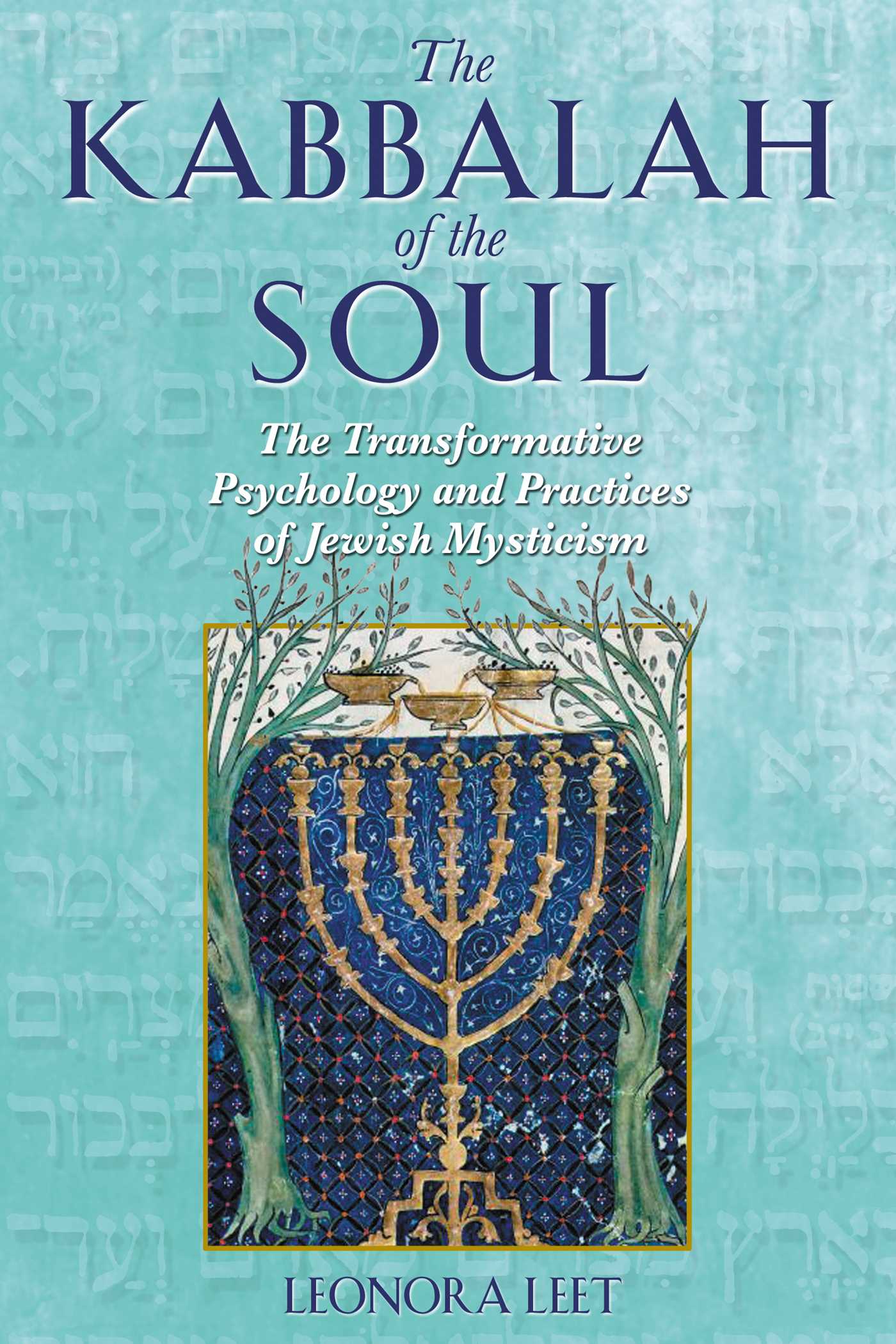 By Leonora Leet
LIST PRICE $12.99
PRICE MAY VARY BY RETAILER

Reveals the transformative spiritual work by which the soul can reach ever higher dimensions of consciousness.

• Relates the soul levels of the Zohar to the various paths the soul may travel toward ultimate realization.

Throughout the history of the Jewish esoteric tradition, humankind has been understood to play a pivotal role in the perfection of the cosmos, uniting the finite with the infinite in the perfection of divine personality. Working from an original synthesis of the major kabbalistic traditions of cosmology derived from the Bible, the Zohar, and the school of Isaac Luria, Leonora Leet has erected a new framework for understanding the mechanism of the transformative spiritual work that enables the human soul to reach increasingly higher dimensions of consciousness. This analysis extends the frontiers of Leet's prior works on the Kabbalah to provide a new illumination of human possibilities.

Leet first considers the false temptations of worldly power and pleasure that lead to the fall of the soul and then the means of its redemption. She develops a powerful meditative technique called "the Transformative Moment," whose workings are exemplified by Jacob and Joseph and that allow the individual to progress through all the higher levels of the soul, even possibly to attain the miraculous powers of the legendary spiritual masters. She further correlates the hierarchy of soul levels with Ezekiel's Throne vision to show the various paths the soul may travel toward self-realization: sex, love, power, knowledge, holiness, and unification. The first four paths relate to the four-faced living creatures (Chayot) of Ezekiel's Throne vision--the bull-ox, lion, eagle, and man. The final two paths correlate to the prophet and the envisioned man on the throne he recognizes to be his divine higher self, the knowledge that defines the secret doctrine of the whole of the Jewish mystical tradition culminating in the Kabbalah.

The Scale of the Soul

Introduction to a New Cosmic Model for Kabbalistic Soul Psychology

Throughout the history of the Jewish esoteric tradition that culminates in the Kabbalah, humanity has been understood to play a pivotal role in the perfection of the cosmos, transforming its original emanations of ever more materialized individuality into such purification of identity as can finally unite the finite with the infinite in the perfection of divine personality. To explicate how humankind can be so centrally involved in the cosmic process, this tradition has developed complex theories of the multidimensional nature both of the human soul and of the cosmos, but it has not been as successful in integrating these two inseparable aspects of experienced reality. This chapter will attempt to synthesize the main traditions of Jewish esoteric cosmology as a framework for the following studies of the human soul and of the mechanisms of transformative spiritual work that, at each of its psycho-cosmological levels, can enable it to reach ever higher dimensions of consciousness.
Before turning to the complex subject of kabbalistic cosmology, we should briefly review the understanding of the soul appearing in the Zohar, the most important work of the Kabbalah, which surfaced in thirteenth-century Spain. This seminal work presents a theory of three soul levels based on the three words used in the Bible to signify the soul: nefesh, ruach, and neshamah. In a discussion of the afterlife, they are hierarchically arranged, “one within the other,” on the two levels of the lower and higher selves:

Three names has the soul of man: nefesh, ruah, neshamah. They are all comprised one within the other, yet they have three distinct abodes. Nefesh remains in the grave until the body is decomposed and turned into dust, during which time it flits about in this world. . . . Ruah enters the earthly Garden (of Eden) and there dons a likeness which is in the semblance of the body it tenanted in this world. . . . Neshamah ascends at once to her place, the region from whence she emanated, and for her sake the light is kindled to shine above. She never again descends to earth. In her is consummated the One who combines all sides, the upper and the lower. And as long as she has not ascended to be united with the Throne, the ruah cannot crown itself in the lower Garden, nor can the nefesh be at ease in its place. . . . Once this is accomplished, however, both the others are united each with its sphere; for all three are one, forming one whole, united in a mystical bond, according to the prototype above, in which nefesh, ruah, and neshamah constitute together one totality.1

The Nefesh is the lowest level and represents the birthright animal or vital soul that cannot by itself survive the decomposition of the body. The higher two levels are personal achievements of soul growth that can survive the disintegration of the vital soul after death, the Ruach apparently subject to the process of reincarnation, which the Kabbalah calls gilgul, while the Neshamah can retain its identity in the divine realm of spirit from which it emanated and, unlike the Ruach, “never again descends to earth.” Where the Neshamah is the divine element in the human soul, the Ruach represents the fully realized human level on which mankind is supposed to be functioning. Isaac Luria, who developed the most influential reformulation of the Zoharic Kabbalah in sixteenth-century Safed, then in Palestine, was later to stress this point. In the words of his foremost interpreter, Chayyim Vital: “for, as we know, it is the ruach that is called ‘human.’ Understand this well!”2 Not only is the Neshamah deemed necessary to complete the human soul and fulfill the potential of its lower levels, but it is also essential for the illumination of the higher realms from which it emanated, and, as we shall later see, its final unification with the Throne of Glory illuminates the very purpose of the cosmos.
To understand the important distinction here made between the Neshamah and the lower levels of the soul as well as the different structure of these Nefesh and Ruach levels, we should turn to the treatment of the soul in the Midrash ha-Ne’lam to Ruth, thought to be in the earliest stratum of the Zohar:3

Leonora Leet (1929-2004) received her Ph.D. from Yale University and was Professor of English at St. John's University. She is the author of The Universal Kabbalah, The Kabbalah of the Soul, Renewing the Covenant, and The Secret Doctrine of the Kabbalah.

"a daring and innovative exposition of the secret doctrines and practices of traditional Jewish mysticism uniquely applicable to the present."

". . . a work of astounding erudition and truly amazing variety and originality that provides an illuminating, new ‘guide for the perplexed.’"

– Philip Beitchman, Ph. D., author of Alchemy of the Word: Cabala of the Renaissance and The View From

"Leet’s adventurous spirit and erudition--charting new territory for Kabbalistic exploration--deserves an audience of those who take Kabbalah seriously."

"Leet's extraordinary and brilliant investigation offers profound insights into the authentic tradition as it discovers its contemporary relevance. ‘Hallelu-Yah’ !"

"Continuing the Zoharic and Lurianic traditions, Leet reclaims the soul of Kabbalah to build an inclusive model of personal transformation."

– Jason Shulman, Director, A Society of Souls, a school of Integrated Kabbalistic Healing

"This scholarly, highly creative kabbalistic model of interpenetrating levels of soul and cosmos offers a new model for transpersonal psychiatry."

By Leonora Leet
LIST PRICE $12.99
PRICE MAY VARY BY RETAILER