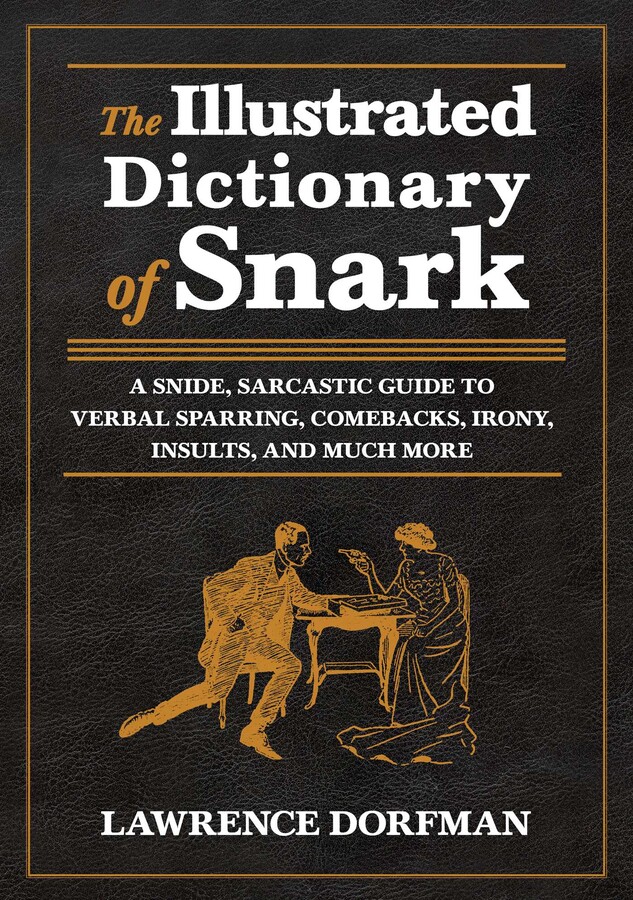 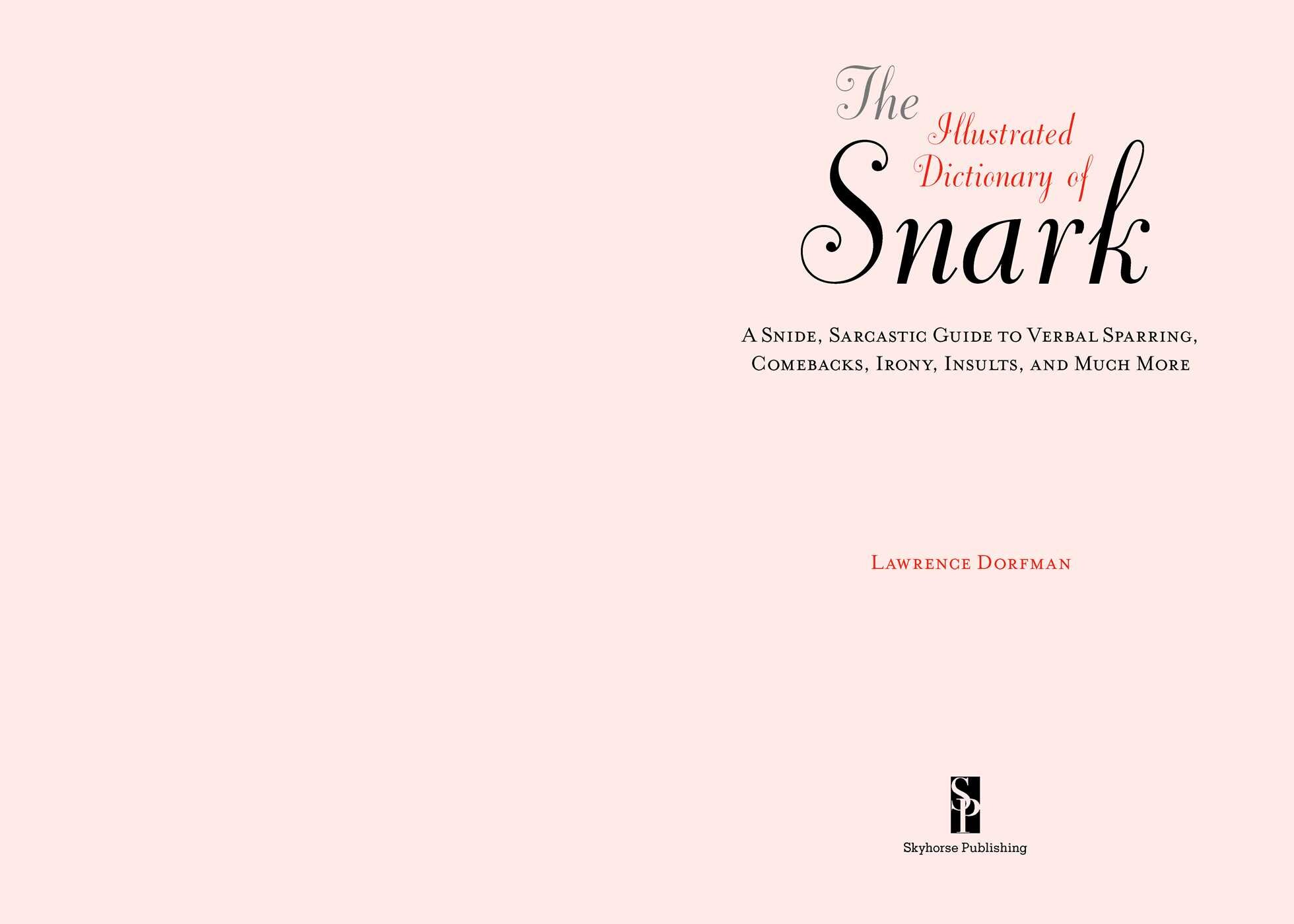 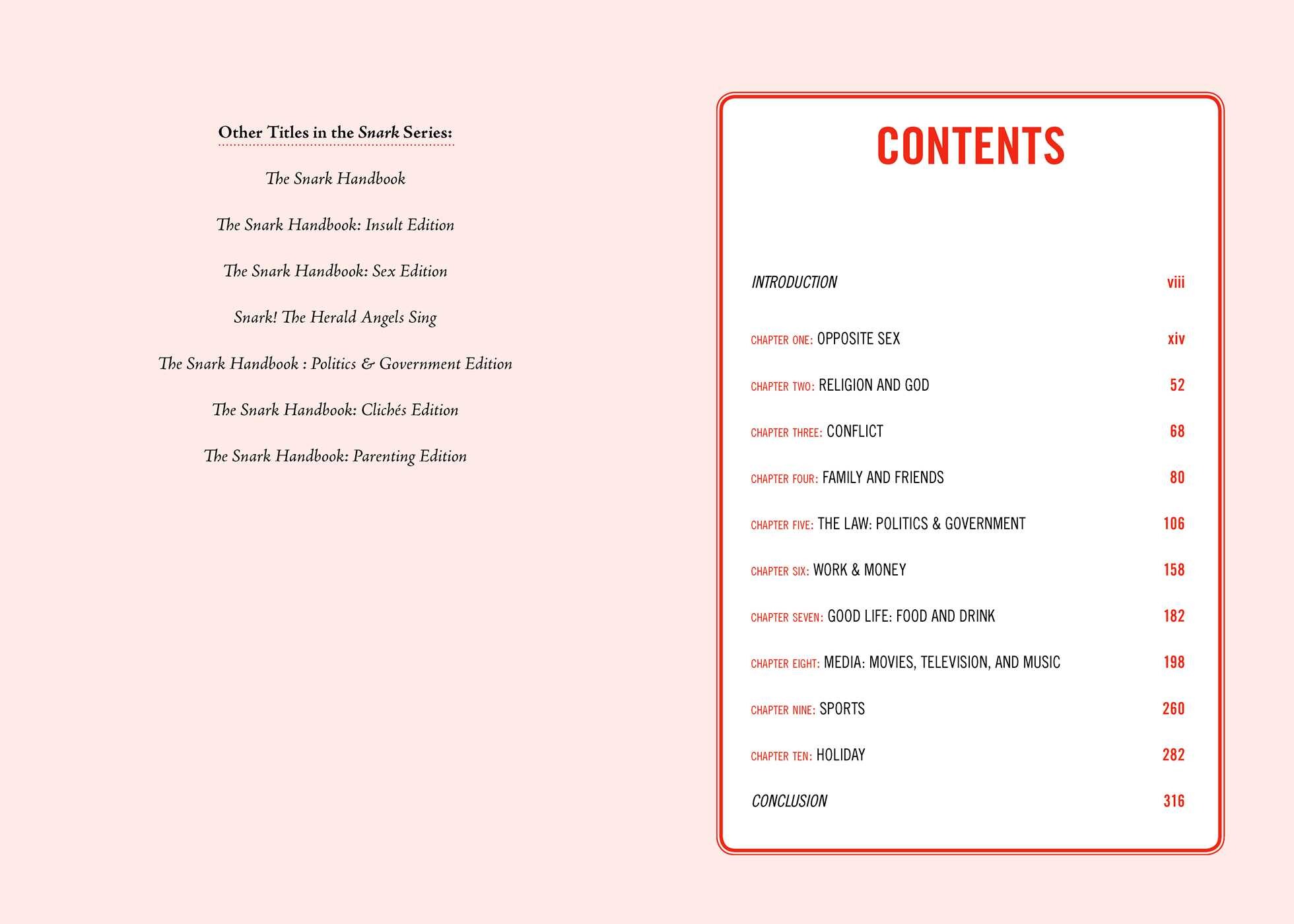 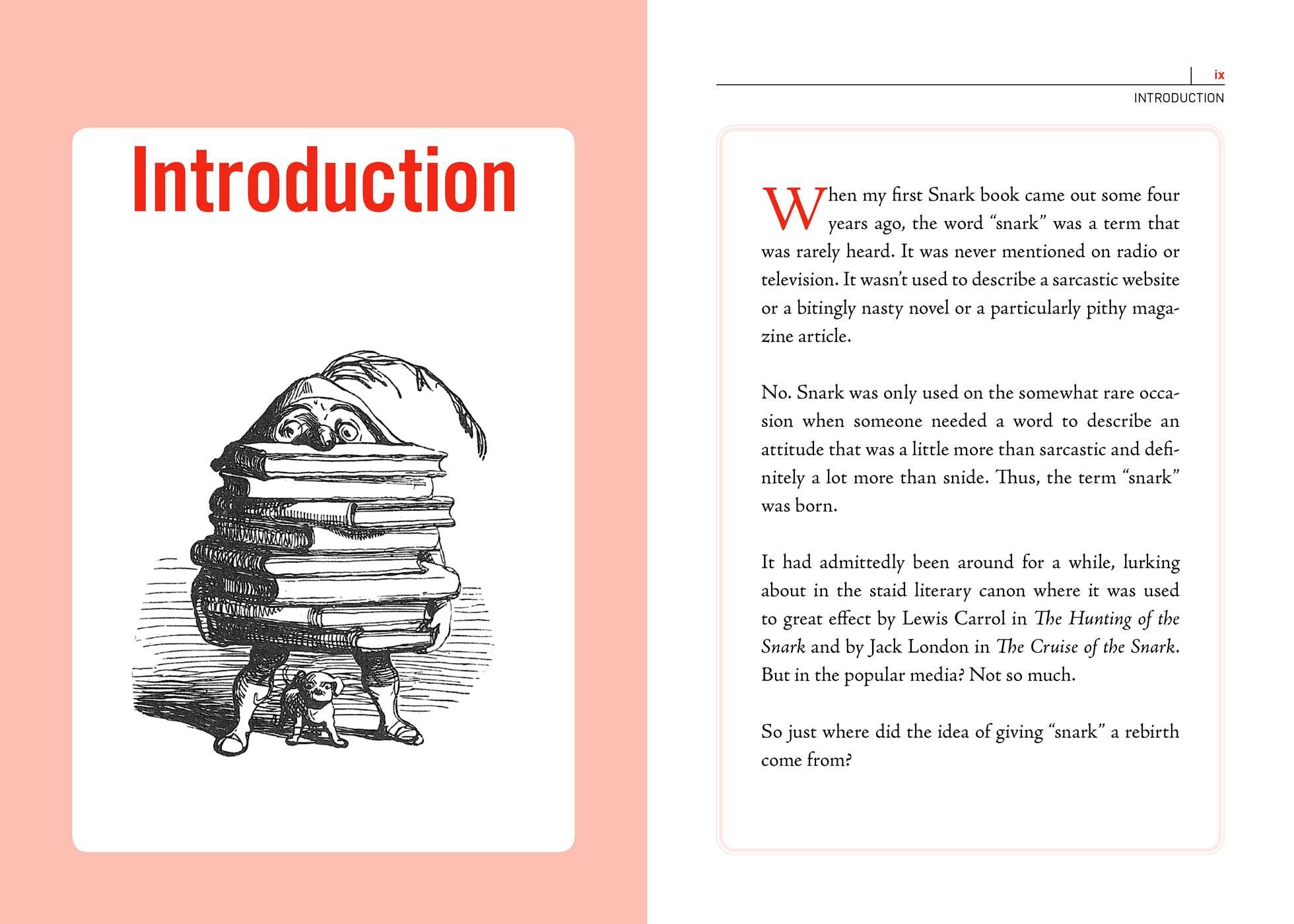 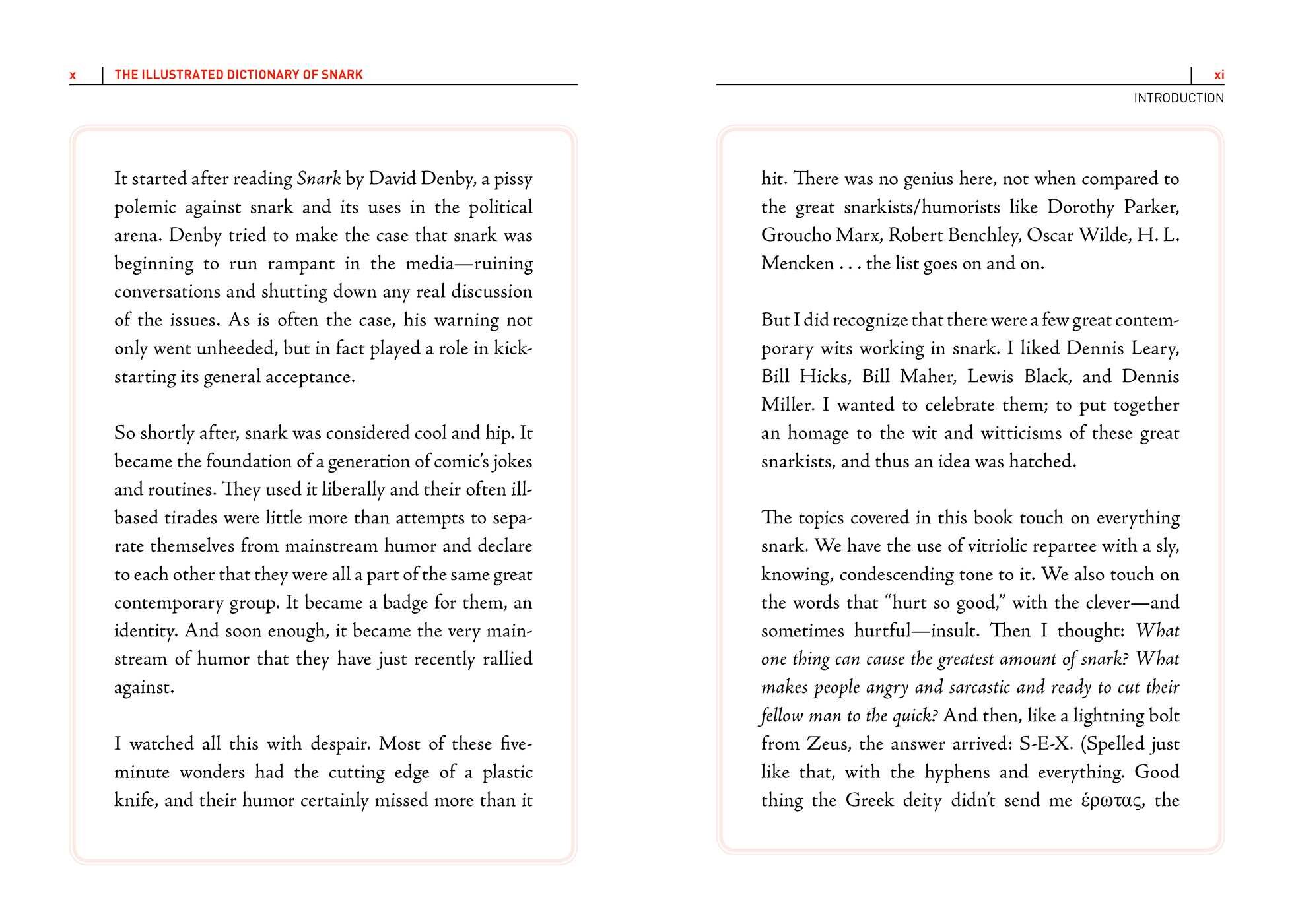 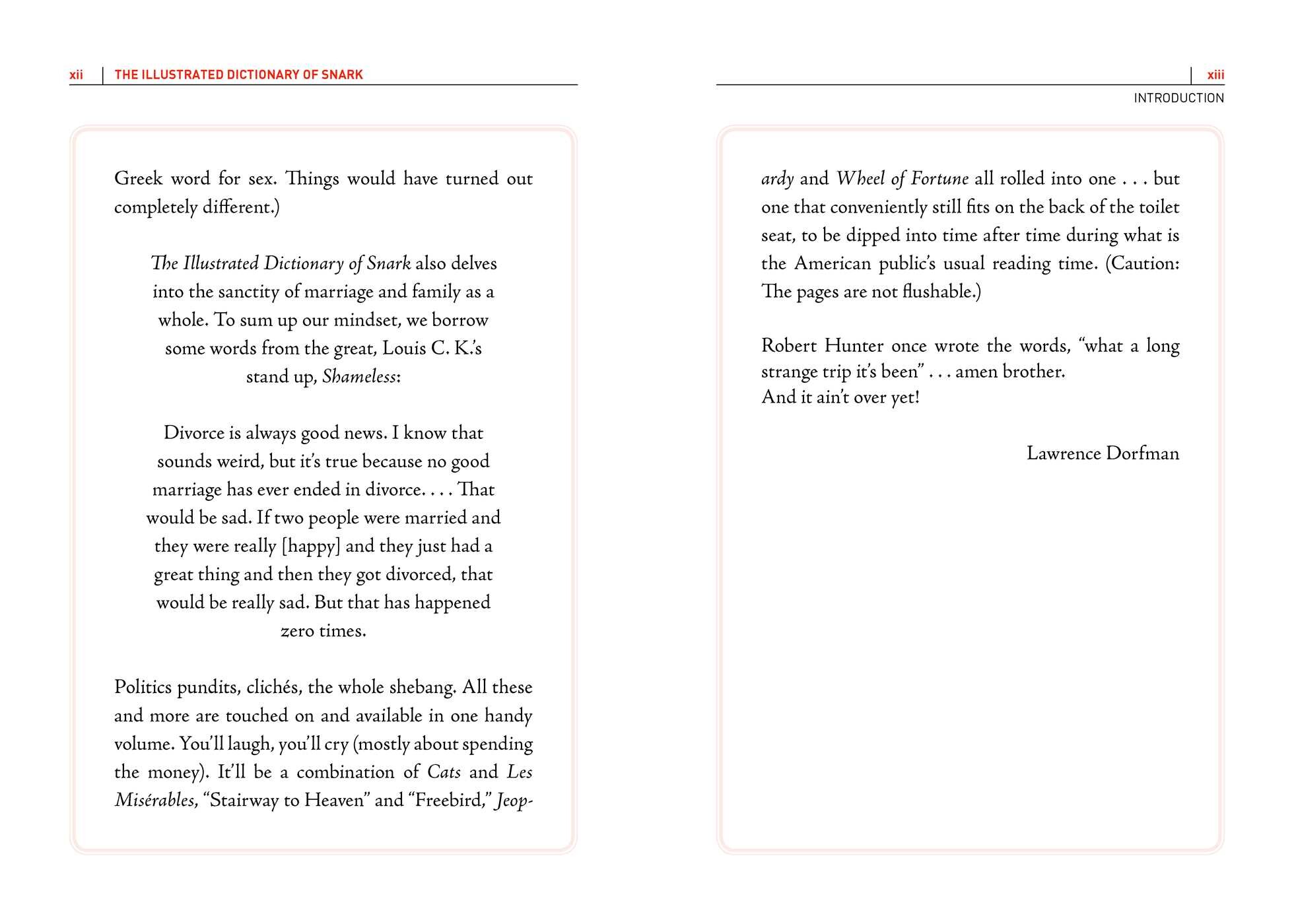 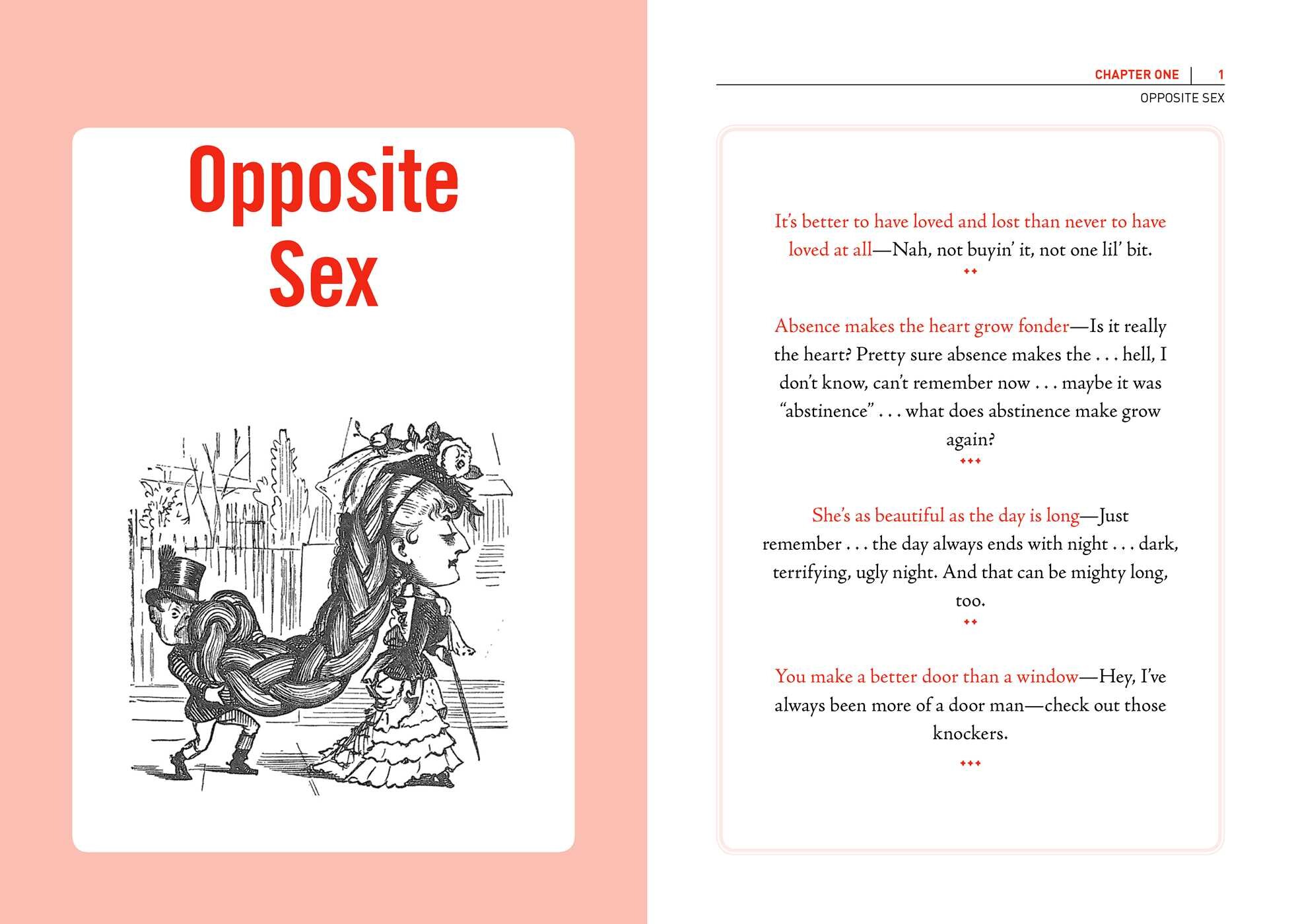 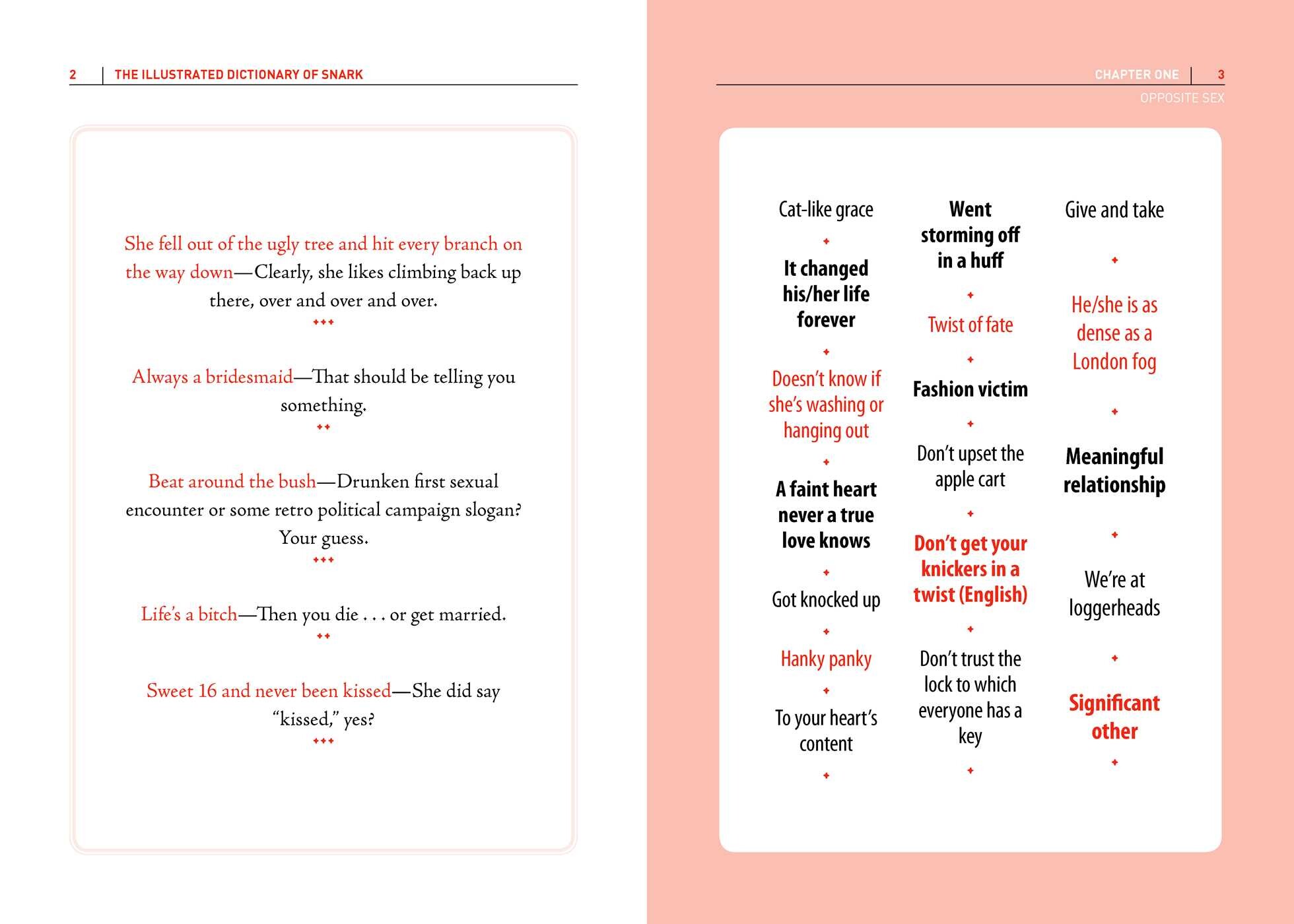 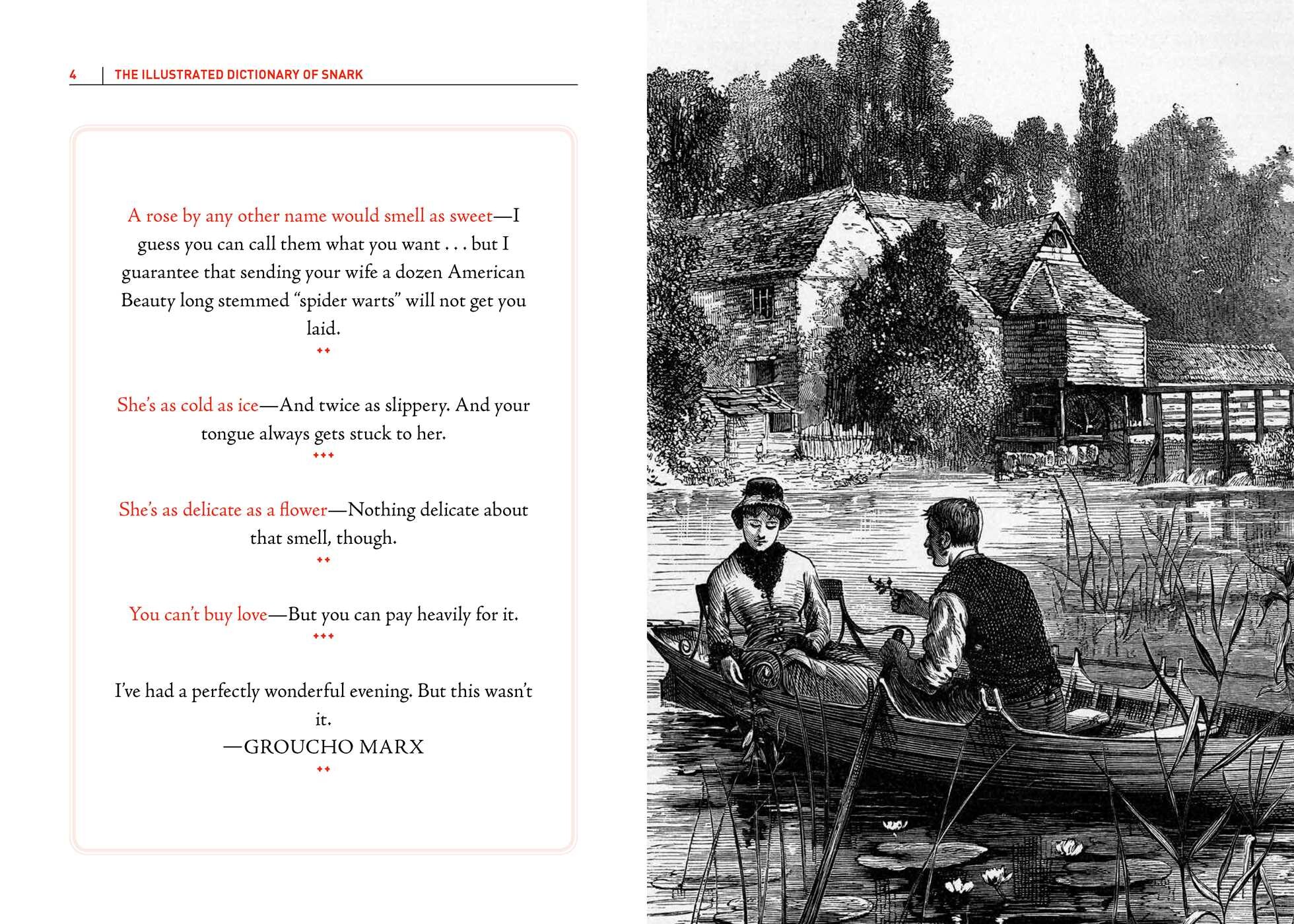 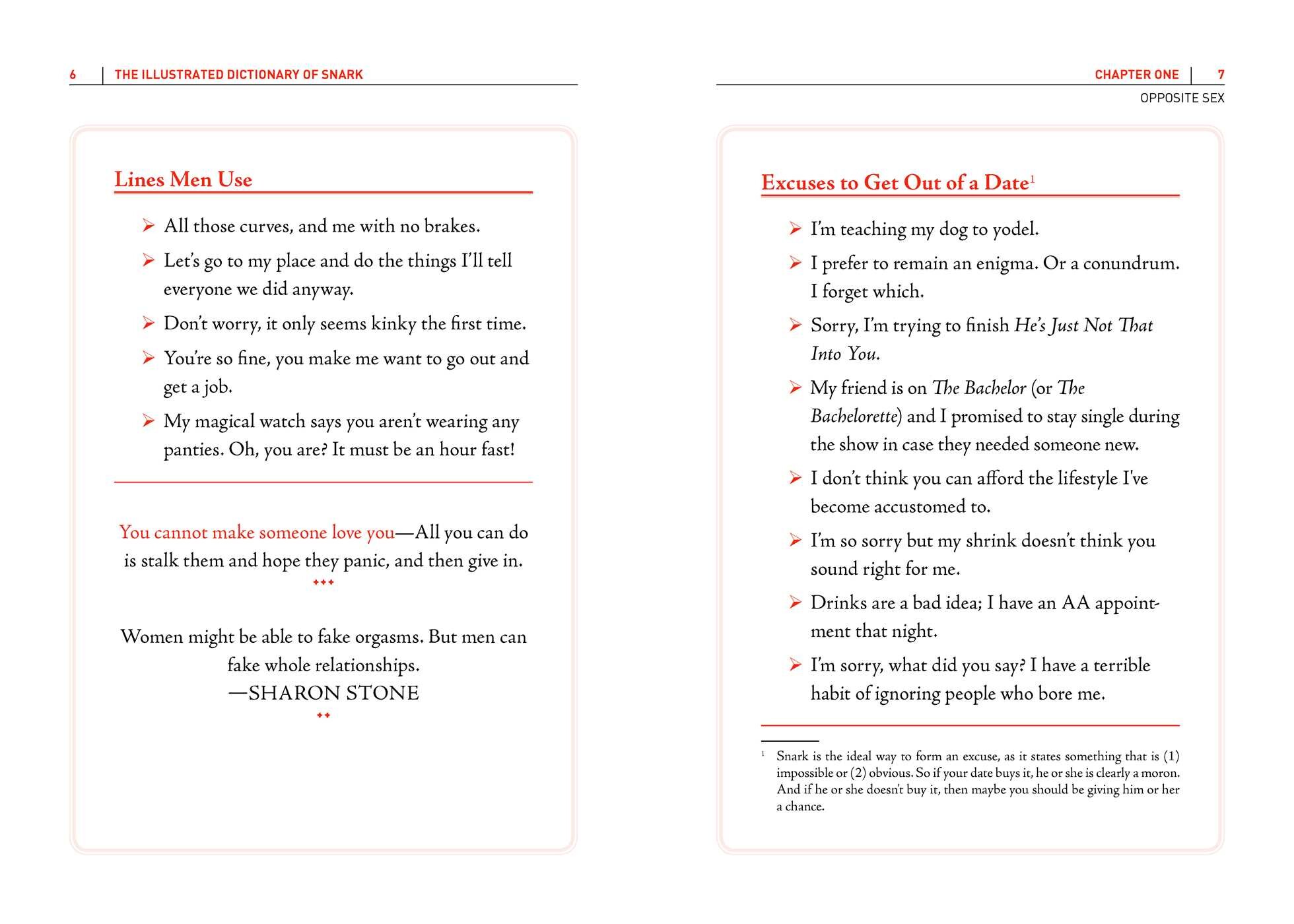 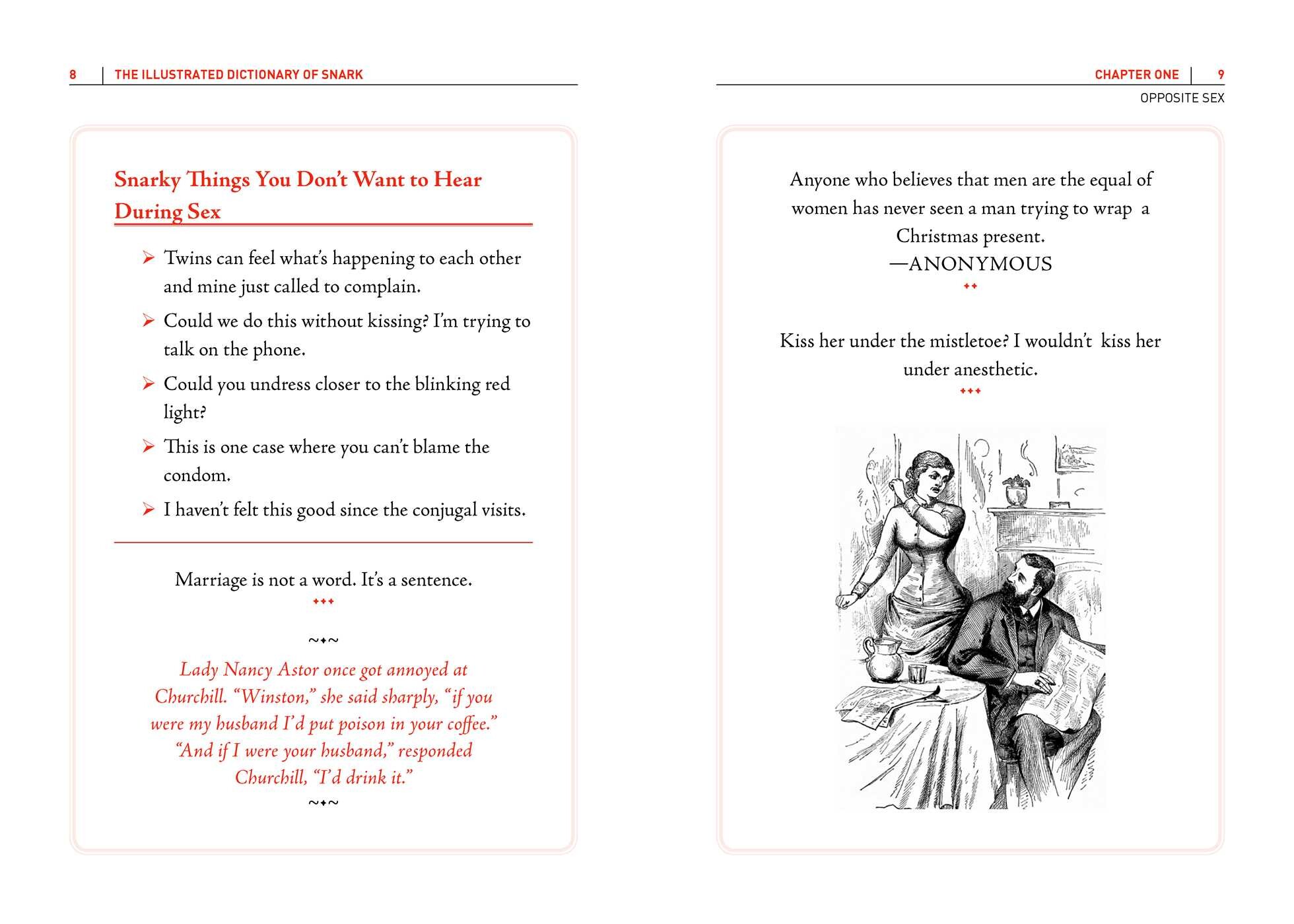 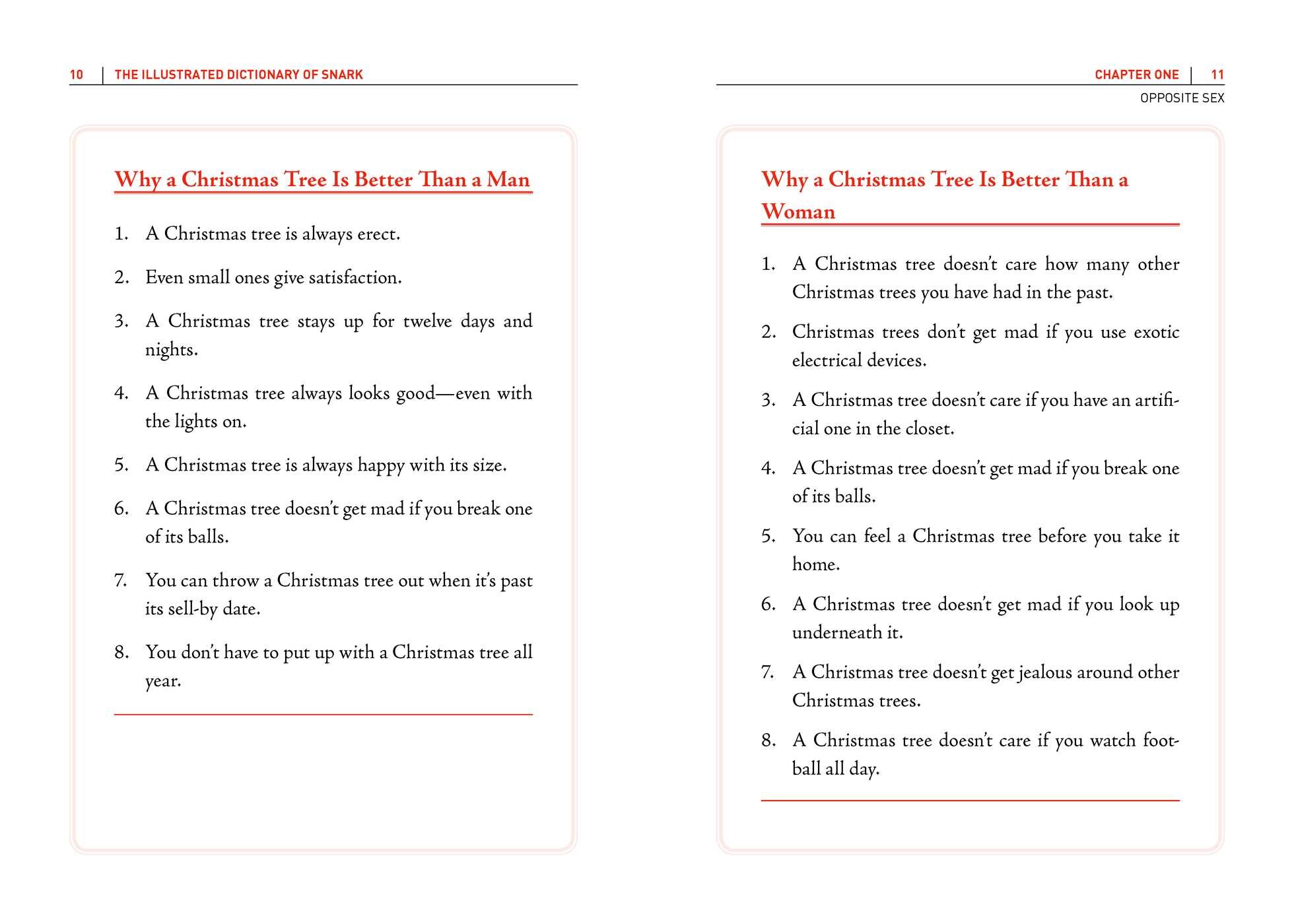 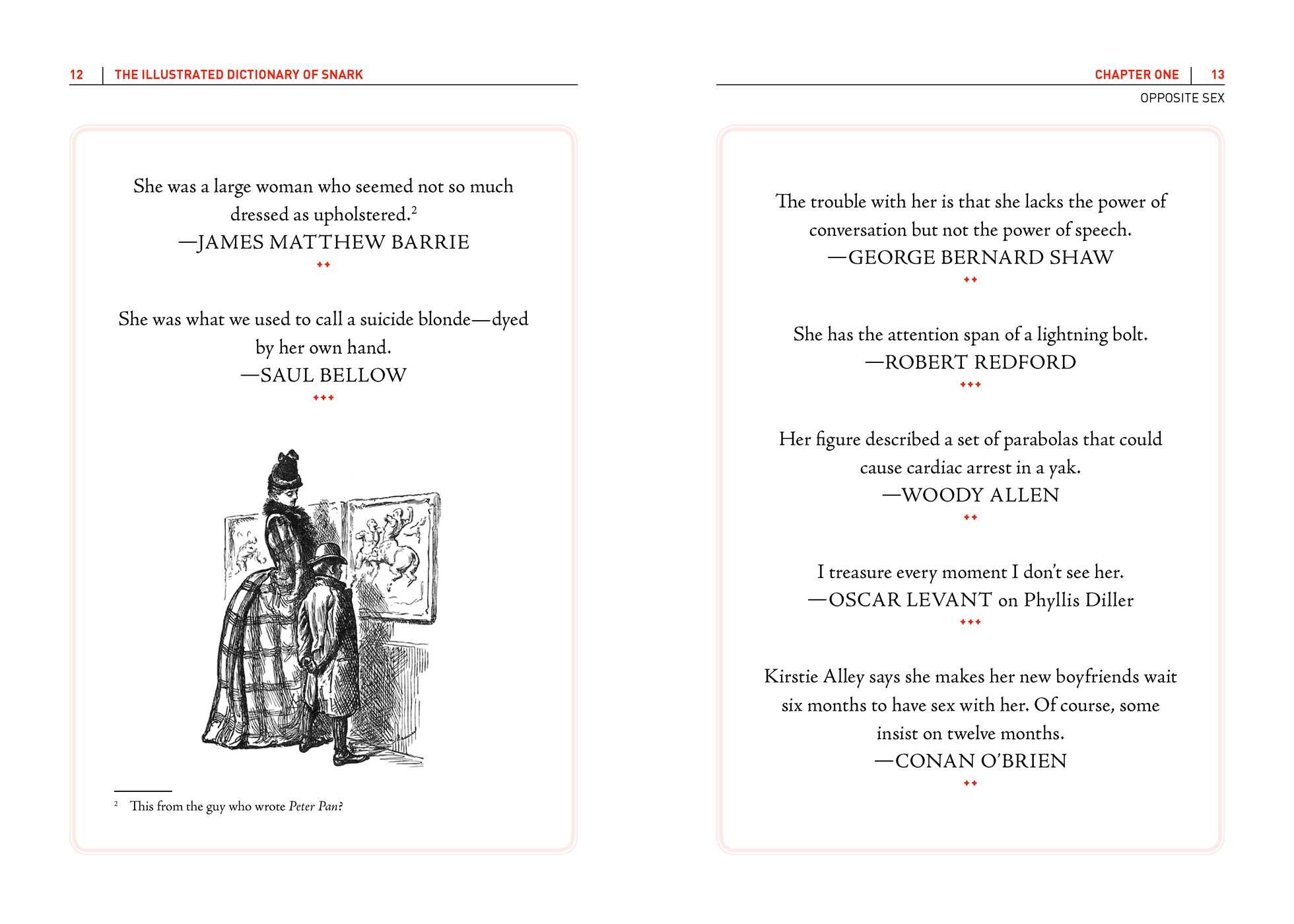 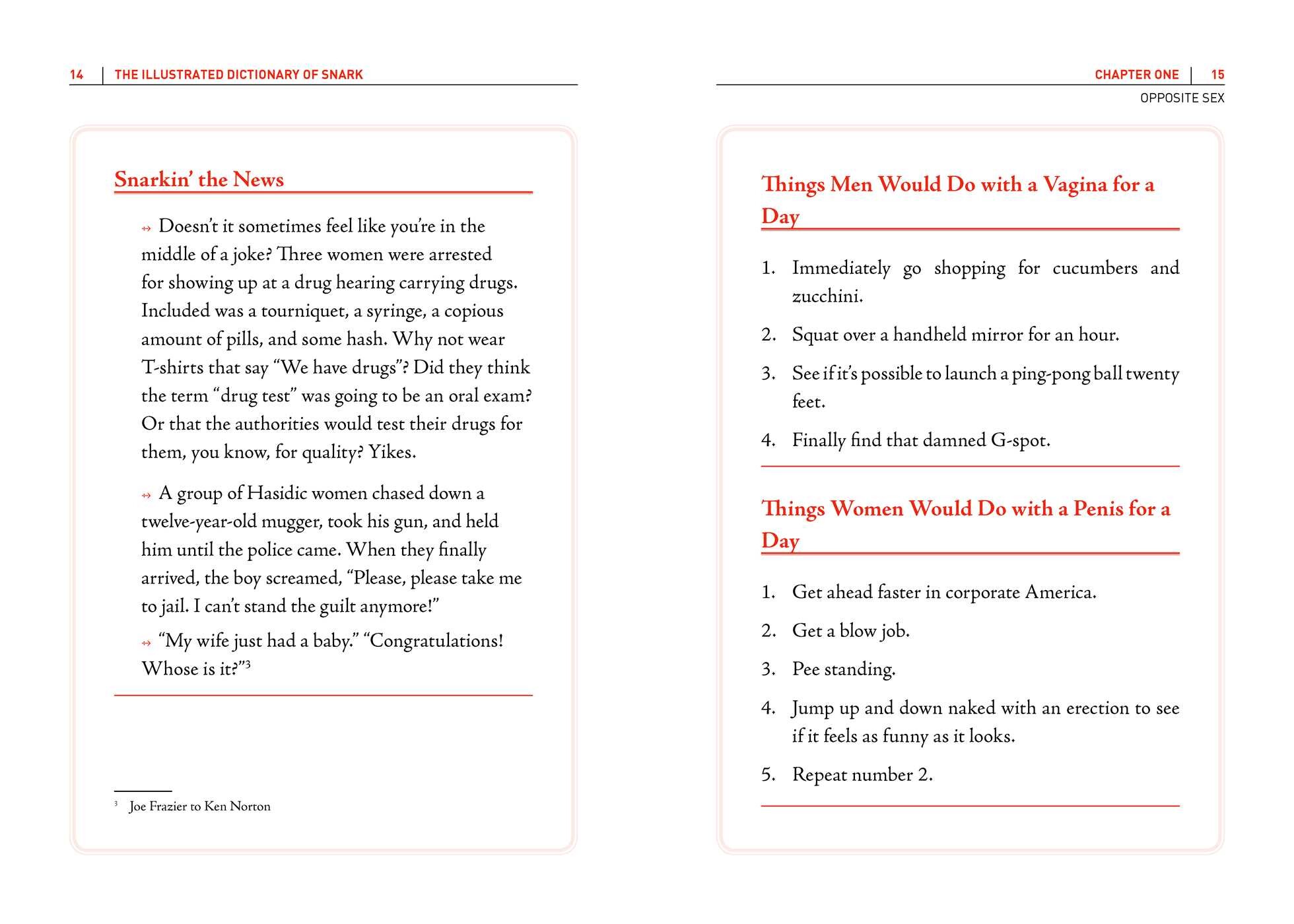 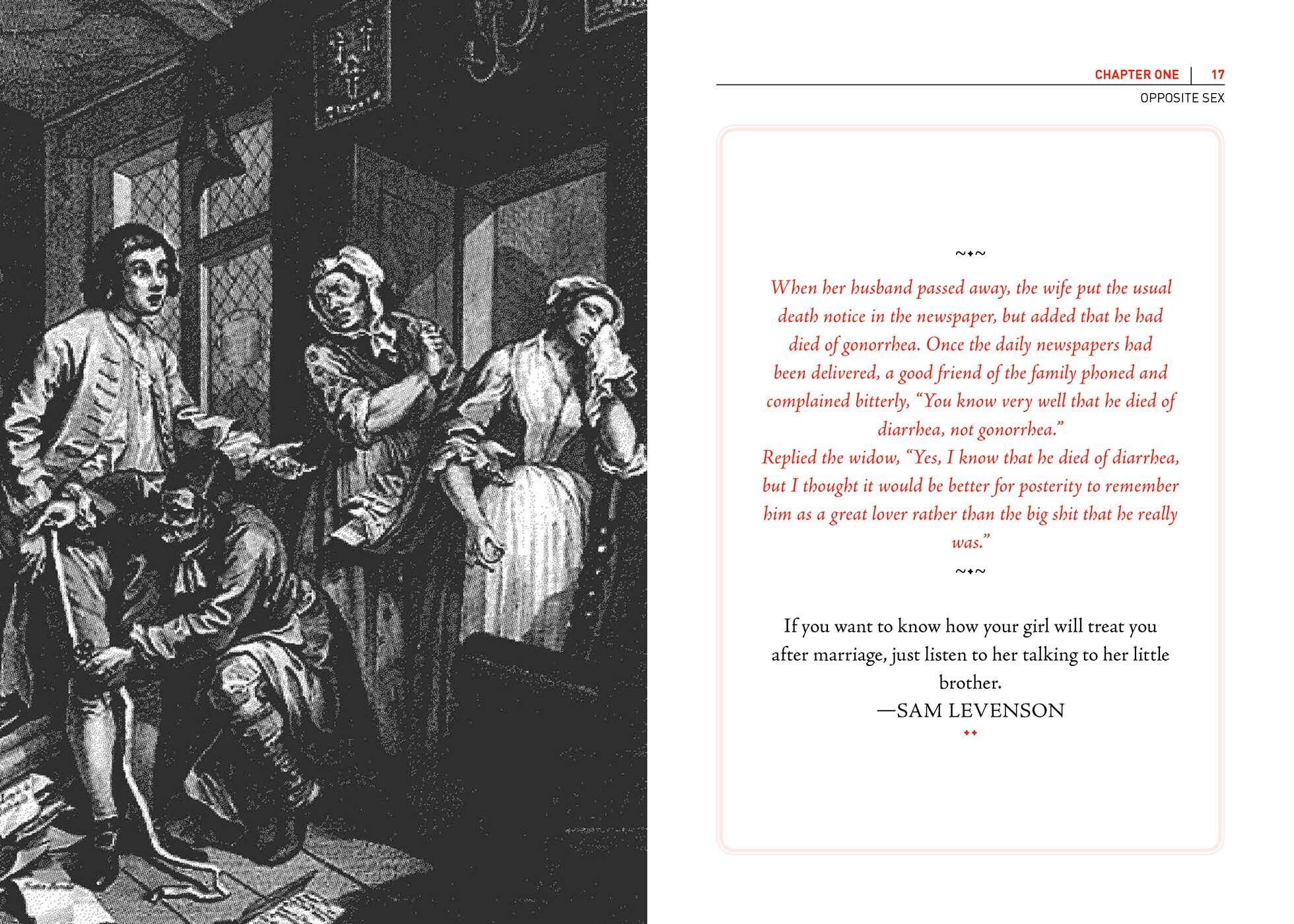 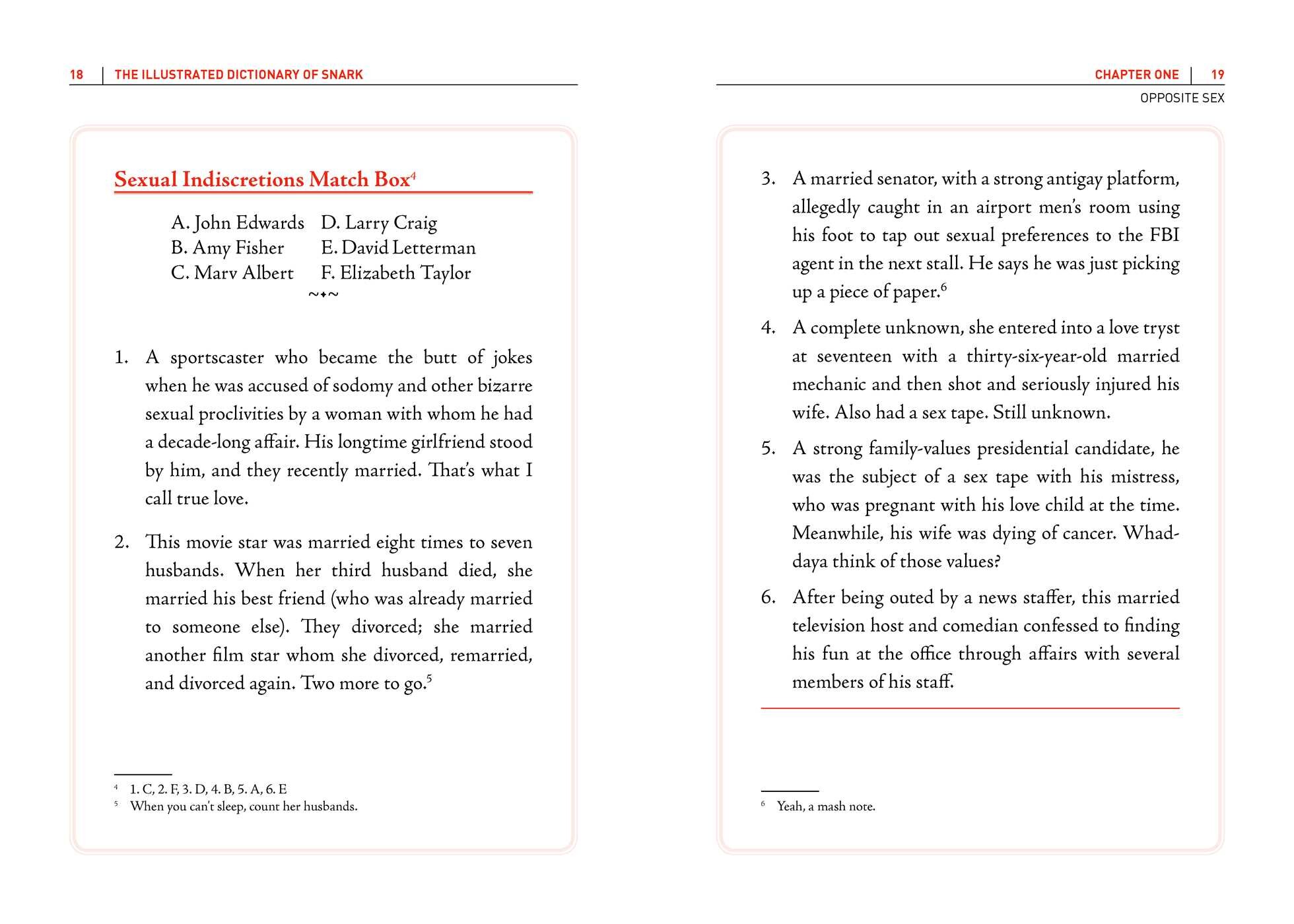 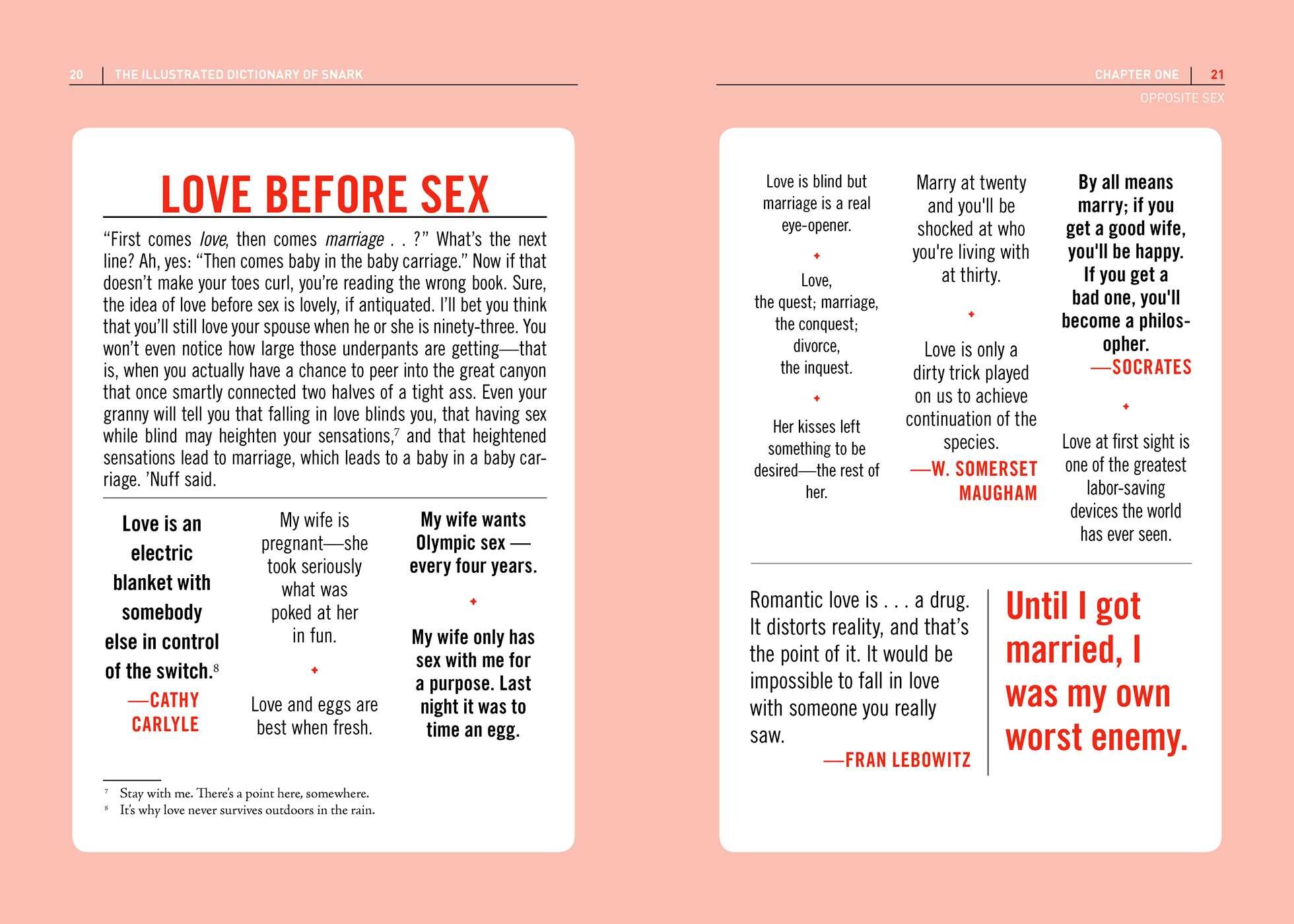 The Illustrated Dictionary of Snark

A Snide, Sarcastic Guide to Verbal Sparring, Comebacks, Irony, Insults, and Much More

The Illustrated Dictionary of Snark

A Snide, Sarcastic Guide to Verbal Sparring, Comebacks, Irony, Insults, and Much More