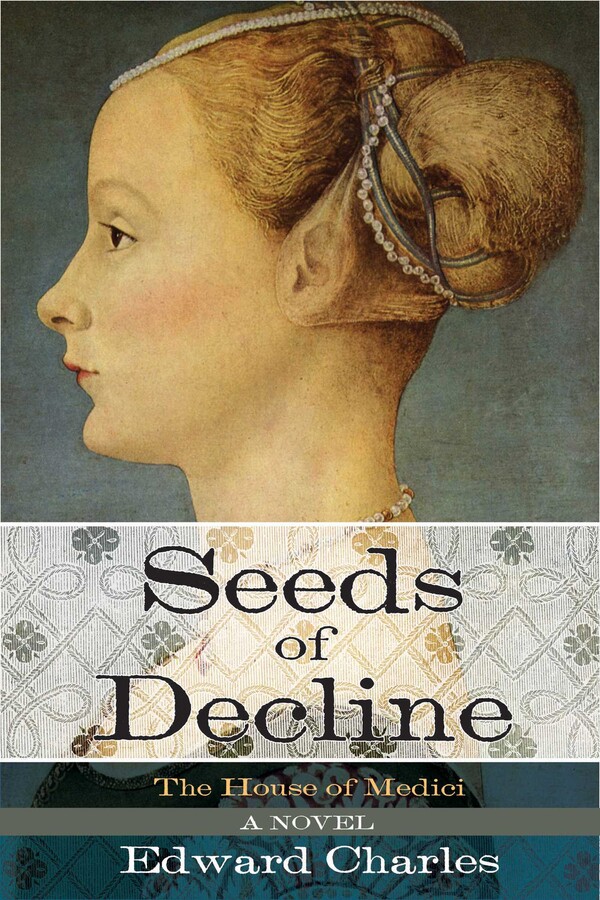 The House of Medici: Seeds of Decline

By Edward Charles
LIST PRICE $24.99
PRICE MAY VARY BY RETAILER

The Riveting Sequel to The House of Medici: Inheritance of Power.

Lucrezia Tornabuoni, brought up in the Palazzo Medici alongside Cosimo’s children, always expected to marry his charismatic younger son, Giovanni. But now in later life, she finds herself imprisoned in a loveless marriage with the gout-ridden elder son, Piero. Like Cosimo, she sees the future salvation of the family in the hands of her own son, Lorenzo the Magnificent, but how can she be sure he inherits the mantle before Piero ruins everything?

For years she has groomed her son to be a great prince, and in the process to ignore the Medici Bankwhose wealth has funded the City and Republic of Florence. But now the economy is faltering, the money is running out, the burdens of leadership are becoming more onerous for her son, and she begins to question whether she has led him astray. Her difficulty is that in the closed society of Florence, there is no-one she can confide in. Then, while on a journey away from the city, she is approached by a young priest, Girolamo Savonarola, recently appointed to a teaching post in Florence and asking for guidance about the workings of Florentine society.

In confessing the secrets of her family to this benign outsider, she is able to unburden herself of the various worries that plague her. But Savonarola may not be the simple monk he appears, his objectives proving troublesome in compatibility with Lucrezia’s as the two characters hurtle towards a thrilling and unexpected ending.

Edward Charles was born in South Wales in 1941 and brought up in North London. He studied economics and law at the University College of Wales and then earned a PhD in corporate finance at Manchester Business School. After a short period as an academic, he began a career in finance and management consulting, working in Europe, the United States, and Asia. He retired from international business in 2006 and has published several novels. Edward lives in Devon, England, with his wife.

The House of Medici: Seeds of Decline

By Edward Charles
LIST PRICE $24.99
PRICE MAY VARY BY RETAILER