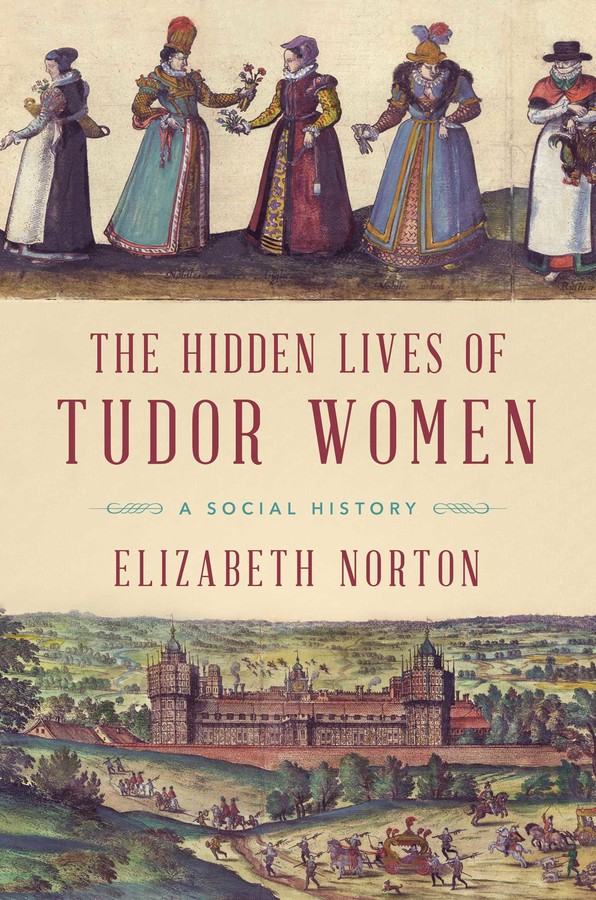 The Hidden Lives of Tudor Women

The turbulent Tudor Age never fails to capture the imagination. But what was it truly like to be a woman during this era?

The Tudor period conjures up images of queens and noblewomen in elaborate court dress; of palace intrigue and dramatic politics. But if you were a woman, it was also a time when death during childbirth was rife; when marriage was usually a legal contract, not a matter for love, and the education you could hope to receive was minimal at best.

Yet the Tudor century was also dominated by powerful and dynamic women in a way that no era had been before. Historian Elizabeth Norton explores the life cycle of the Tudor woman, from childhood to old age, through the diverging examples of women such as Elizabeth Tudor, Henry VIII’s sister; Cecily Burbage, Elizabeth's wet nurse; Mary Howard, widowed but influential at court; Elizabeth Boleyn, mother of a controversial queen; and Elizabeth Barton, a peasant girl who would be lauded as a prophetess. Their stories are interwoven with studies of topics ranging from Tudor toys to contraception to witchcraft, painting a portrait of the lives of queens and serving maids, nuns and harlots, widows and chaperones. Norton brings this vibrant period to colorful life in an evocative and insightful social history.

Elizabeth Norton is a historian specializing in the queens of England and the Tudor period. She is the author of several biographies on Anne Boleyn, Jane Seymour, Anne of Cleves, and Catherine Parr. She lives in England.

"Without romanticizing the era, Norton’s biography of the Tudor Everywoman weaves together the lives of well-known figures to lesser-known women. A captivating, inspiring and informative summer read not only for fans of Tudor England, but also those who are facing insurmountable obstacles themselves—and are looking to craft fulfilling lives for themselves."

"An absorbing look not only at the powerful women of that era, but everyday life for women throughout Tudor society."

"Tells an alternately fascinating and repugnant story of this exciting period."

"Queens, servants, widows, nuns, harlots, and more are depicted in a rich tapestry of meticulous scholarship, historical detail, and insightful observations. Anyone interested in expanding and enriching her of his view of the Tudor era will enjoy Norton’s skillfully written study."

"Engrossing and charming. By uncovering all the tiny, painstaking day-to-day details of these varied existences, Norton has constructed something inspiring."

"Thought-provoking. Norton tells the stories of her characters with tremendous energy, wonderfully fleshing out the details of how non-royal women made their way through life in a world entirely, legally dominated by men. The combination of the multi-part main lives of the book and all these fleshing-out digressions builds into something truly impressive, as broad and complete a picture of what it was like to be a woman in Tudor times as readers are likely to get with the documentary evidence we currently possess."

"In these absorbing and well-researched portraits, Norton juxtaposes the experiences of prominent and ordinary women across the social, economic, and religious spectra during the Tudor period. Norton weaves her stories with an expert hand and illuminates many rarely discussed aspects of daily life for Tudor women."

"Norton provides further evidence of her position as a leading authority on Tudor history. Highly recommended for readers interested in the time period."

"A satisfying series of historical vignettes."

The Hidden Lives of Tudor Women