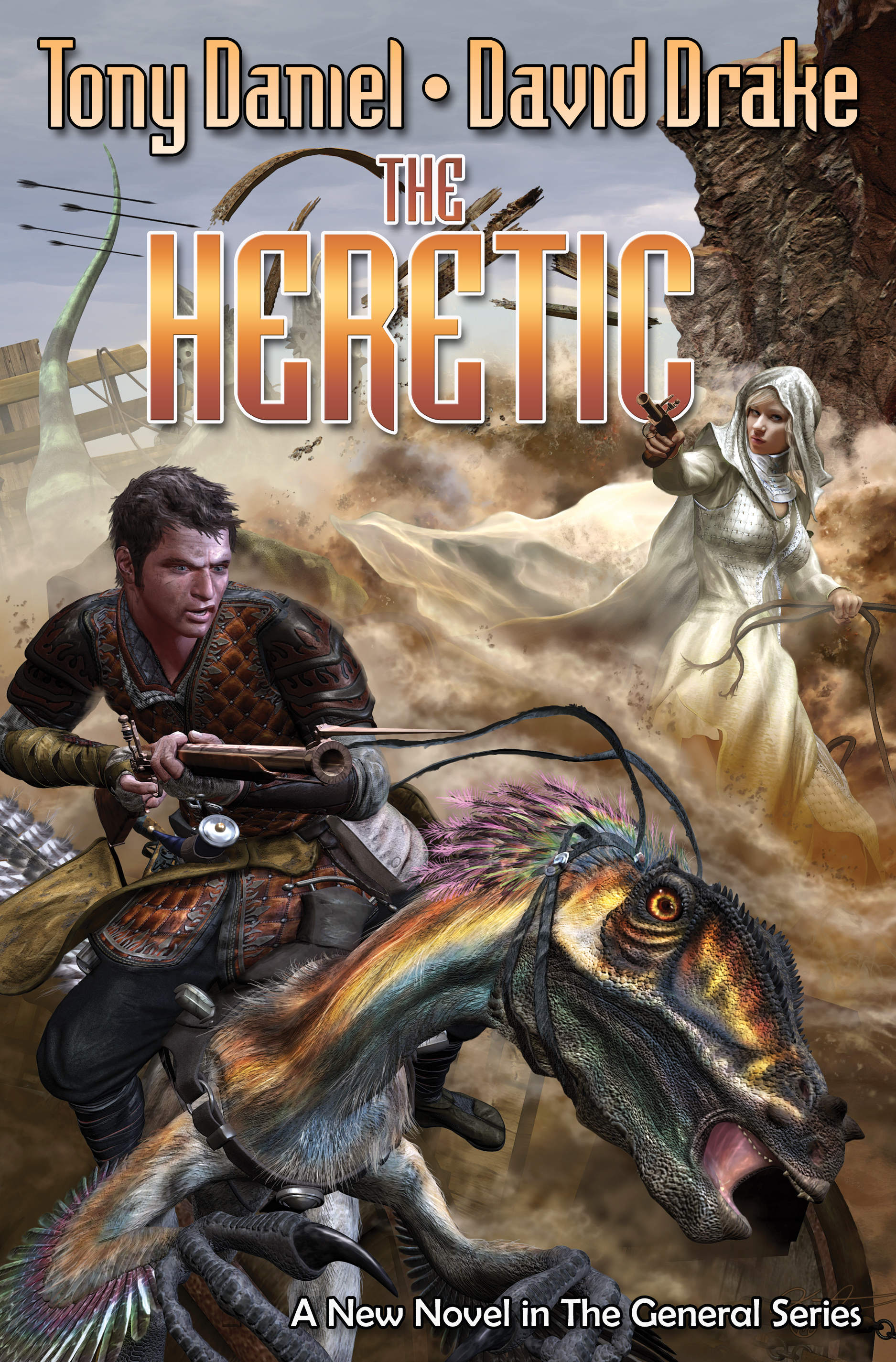 By David Drake and Tony Daniel
LIST PRICE $25.00
PRICE MAY VARY BY RETAILER

ABEL DASHIAN'S WORLD DOESN'T NEED A HERO
Duisberg is one of thousands of planets plunged into darkness and chaos by the collapse of the galactic republic, but where other worlds have begun to rebuild a star-travelling culture, Duisberg remains in an uneasy balance between mud-brick civilization and bloodthirsty barbarism.
The people of Duisberg have a god: Zentrum, a supercomputer from the ancient past. Zentrum has decided avoid another collapse by preventing civilization from rising from where it is. And because even a supercomputer and the powerful religion which it founded cannot block all progress, Zentrum has another tool: every few centuries the barbarians sweep in from the desert, slaughtering the educated classes and cowing the peasants back into submission. These are the Blood Winds, and the Blood Winds are about to blow again.
This time, however, there's a difference: Abel Dashian, son of a military officer, has received into his mind the spirit of Raj Whitehall, the most successful general in the history of the planet --and of Center, the supercomputer which enabled Raj to shatter his planet's barbarians and permit the return of civilization.
One hero can't stop the tide of barbarians unless he has his own culture supporting him. To save Duisberg, Abel must break the power of Zentrum.
With the help of Raj and Center, Abel Dashian must become . . . THE HERETIC!


About The Heretic:
“More than once, I envied Abel’s ‘gift’. If you count having the voice of a computer and the recreation of a famous general in your head as a gift. . .An interesting relationship that elevates [the novel] to something unique. . .I loved the battles and I found Abel to be an engaging character. I adored Golitsin, his priest friend.”—SF Crowsnest

About the Raj Whitehall series:
“[T]old with knowledge of military tactics and hardware, and vividly described action. . .devotees of military SF should enjoy themselves.”—Publishers Weekly

About David Drake:
“[P]rose as cold and hard s the metal alloy of a tank … rivals Crane and Remarque …” –Chicago Sun-Times

“Daniel proves that the Golden Age of science fiction is right here and now.”–Greg Bear

“[A] large cast of utterly graspable humans, mostly military and political folks, of all ranks and capacities and temperments. Daniel has a keen eye for the kinds of in extremis thinking and behavior that such a wartime situation would engender. . . .Following in the footsteps of Poul Anderson and Greg Bear. . .”—Asimov’s Science Fiction Magazine on Daniel's Guardian of Night

Tony Daniel is a science fiction writer and author of Star Trek: The Original Series: Devil’s Bargain, Guardian of Night, Metaplanetary, Superluminal, Earthling, Warpath, and short stories such as “A Dry, Quiet War.” With David Drake, he is the author of The Heretic and The Savior. He is also an editor at Baen Books. He’s had multiple stories in Year’s Best anthologies, one of which, “Life on the Moon,” won the Asimov’s Reader’s Poll Award for year’s best story and was nominated for a Hugo Award.

By David Drake and Tony Daniel
LIST PRICE $25.00
PRICE MAY VARY BY RETAILER