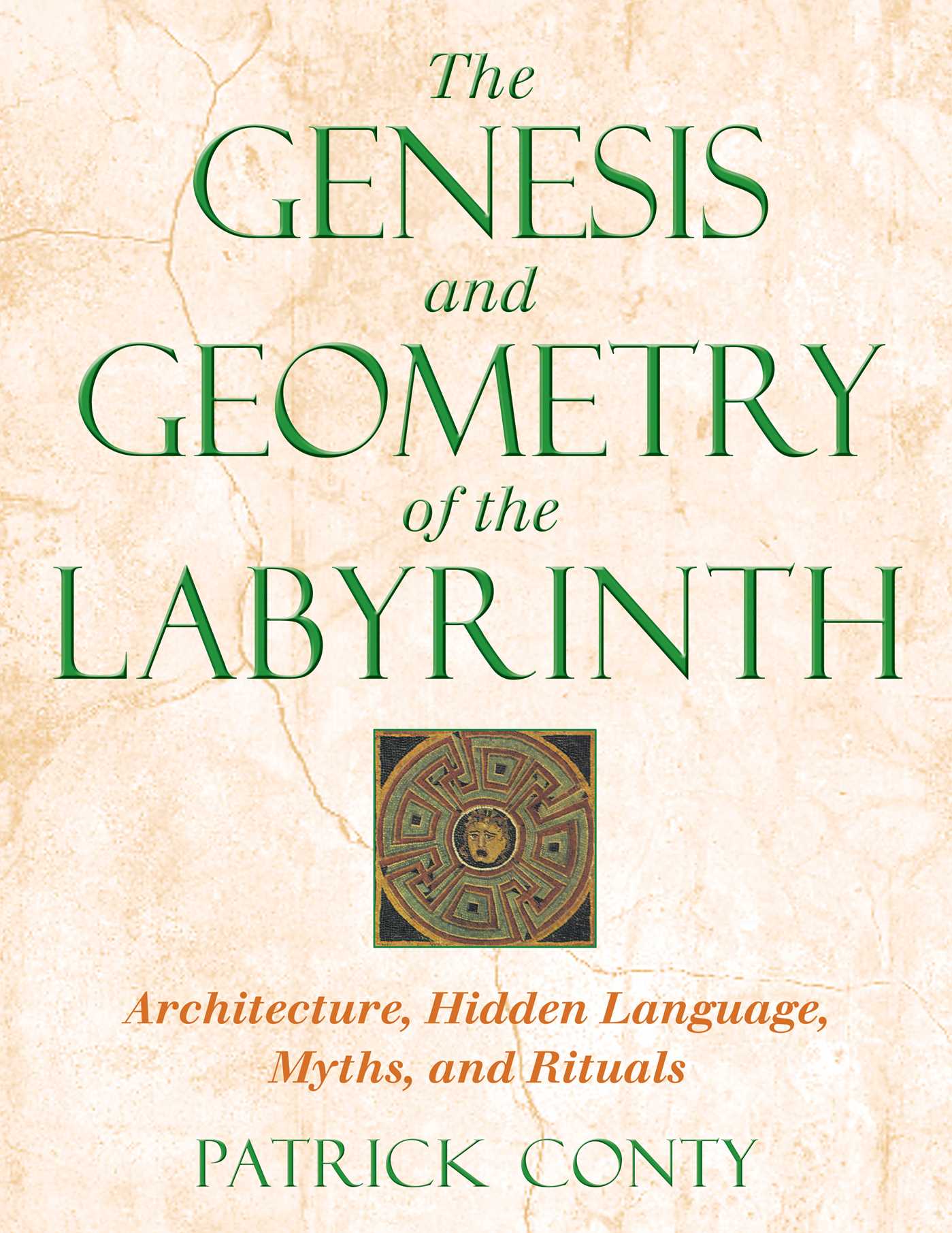 A groundbreaking look at the phenomenon of the labyrinth, connecting this ancient symbol to modern scientific principles.

• Illustrated with labyrinths from around the world and throughout history.

• Demonstrates how the labyrinth differs from a maze and how it is a tool for interpreting ancient myths and religious beliefs.

• Draws parallels between the labyrinth and quantum physics, showing how through the secrets of the labyrinth we can unlock the mystery of life itself.

The powerful symbol of the labyrinth exists in countless cultures spanning the globe from Africa and ancient Greece to India, China, and pre-Colombian North and South America. For centuries they have been used for religious rituals, meditation, and spiritual and physical healing. In the labyrinth humanity finds a model of the quintessential sacred space that depicts the most profound levels of consciousness. Its center is regarded in many cultures as a door between two worlds, thus providing individuals with the ideal place for self questioning and meditation.

In a comprehensive exploration of this time-honored symbol, Patrick Conty shows how the geometrical construction of the ancient labyrinth corresponds exactly with today's modern geometry, illustrating that recent developments in math and physics parallel the science of ancient civilizations. By looking at the way the two systems complement each other, Conty draws new conclusions about the ancient world and how that world can benefit us right now. Conty explores not only physical labyrinths but also reveals how the same transcendent principles are at work in Celtic knot work; the designs of ancient Chinese cauldrons; the tattoos and tracings of primitive art; the textiles of Africa, Peru, and Central America; and the geometric patterns in Islamic art.

The Genesis and Geometry of the Labyrinth
Architecture, Hidden Language, Myths, and Rituals

If the key to understanding the problem of the meaning of the labyrinth is the link between metaphysics and geometry, we should pay particular attention to the geometrical drawings of the labyrinth. Just as there exist many myths and interpretations of the labyrinth, there are a great variety of labyrinths as well as numerous more ambiguous diagrams such as interlacings related to the labyrinth. To avoid getting lost in a field that remains undefined because its contours are indistinct, we must first delimit a smaller territory. If there is no original maze that can be identified in Crete, there is nonetheless a diagram specifically representing the Cretan labyrinth (fig. 3.1). We shall try to establish that this labyrinth is a classic and universal pattern that can be considered a prototype.
The Cretan labyrinth in figure 3.2A, C, and E was engraved on coins and Cretan seals and incorporated into Greek paintings whose inscriptions identify it as precisely the maze described by the myth. It can be found in Roman mosaics and was later integrated into medieval architecture. Although many of these mosaics were destroyed, it is likely that most Western basilicas and cathedrals had this type of labyrinth, or one similar to it, built into their ornamental tiling or pavement. The most famous is the one at Chartres (fig. 3.3).
But the labyrinth is also a Celtic and Scandinavian motif. We find it intact as well among Native Americans, primarily in their basketwork, representing the point of emergence (see fig. 3.4). Among the Hopi, it represents the house of the sun, and among the Pima it is the house of Siuhii, a mythic hero who lived far away in the mountains and whose tracks were so confusing that no one could follow them. Finally, all the important myths that explicitly describe a labyrinth associate it with this same diagram. In India, it is this model that is used as the tantric yantra representing citta, the mind considered as the source of images that we project and by which we perceive the world. This same diagram of the labyrinth is sculpted on a wall of the Halebib temple in Mysore. It illustrates the lethal strategic formation used by the magician Drona in the Kurukshetra battle described in the Mahabharata (see fig. 3.5).
Abhimanyu, the youngest of the Pandava warriors and the most virtuous, is chosen to break this formation at the head of his warriors. He is confident, as he has learned the secret of how to penetrate the formation from his father, Arjuna: "I will penetrate this array like an insect filled with rage entering a blazing fire. . . . Before I was born while in my mother's womb I heard my father describe how to penetrate this array." But he had learned only how to enter the war machine, not how to find his way back out. The formation works like a slipknot, and once trapped in the middle, isolated from his men, he is killed by the surrounding Kauravas. In this story, a principle of exclusion and selection is clearly developed. It seems that Abhimanyu's perfection leads to his downfall because he is but a sum, an accumulation of qualities that have not been integrated into a synthesis. Compared to Abhimanyu, Theseus seems closer to the hero described by Robert Musil in The Man Without Qualities.
Patrick Conty

Patrick Conty is a painter who has been researching labyrinths for more than 30 years. After 25 years in America, he now lives in the south of France.

"Patrick Conty's fascinating study brings us face to face with the enigma of unity and reminds us that its most archaic expression--the labyrinth--begins and ends in ourselves."

"Not only the most recent book to discuss this intriguing subject, but among its most clear and penetrating examinations."

"This book invites readers to explore the ultimate patterns of the universe."