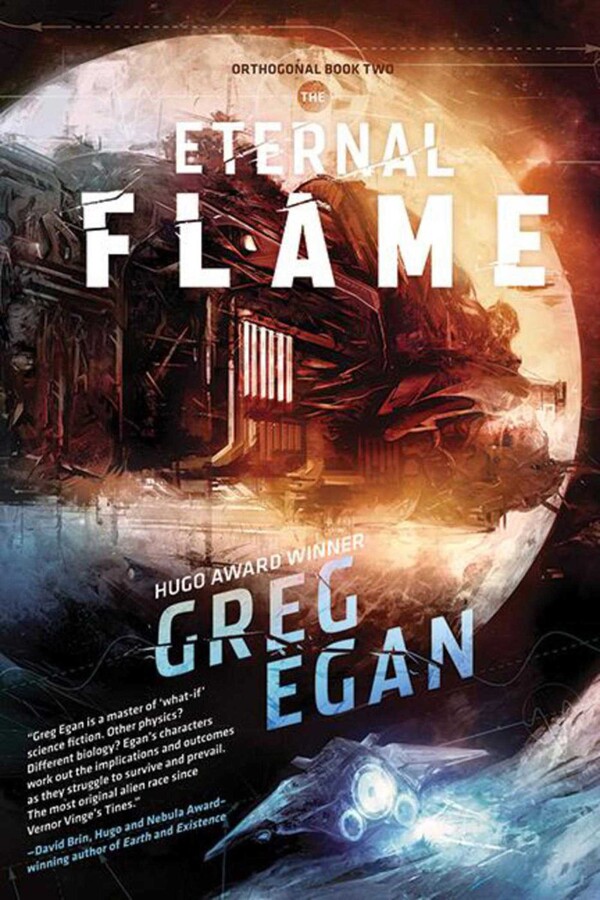 Greg Egan’s The Clockwork Rocket introduced readers to an exotic universe where the laws of physics are very different from our own, where the speed of light varies in ways Einstein would never allow, and where intelligent life has evolved in unique and fascinating ways. Now Egan continues his epic tale of alien beings embarked on a desperate voyage to save their world . . . .

The generation ship Peerless is in search of advanced technology capable of sparing their home planet from imminent destruction. In theory, the ship is traveling fast enough that it can traverse the cosmos for generationsand still return home only a few years after they departed. But a critical fuel shortage threatens to cut their urgent voyage short, even as a population explosion stretches the ship’s life-support capacity to its limits.

When the astronomer Tamara discovers the Object, a meteor whose trajectory will bring it within range of the Peerless, she sees a risky solution to the fuel crisis. Meanwhile, the biologist Carlo searches for a better way to control fertility, despite the traditions and prejudices of their society. As the scientists clash with the ship’s leaders, they find themselves caught up in two equally dangerous revolutions: one in the sexual roles of their species, the other in their very understanding of the nature of matter and energy.

The Eternal Flame lights up the mind with dazzling new frontiers of physics and biology, as only Greg Egan could imagine them.

More books in this series: Orthogonal