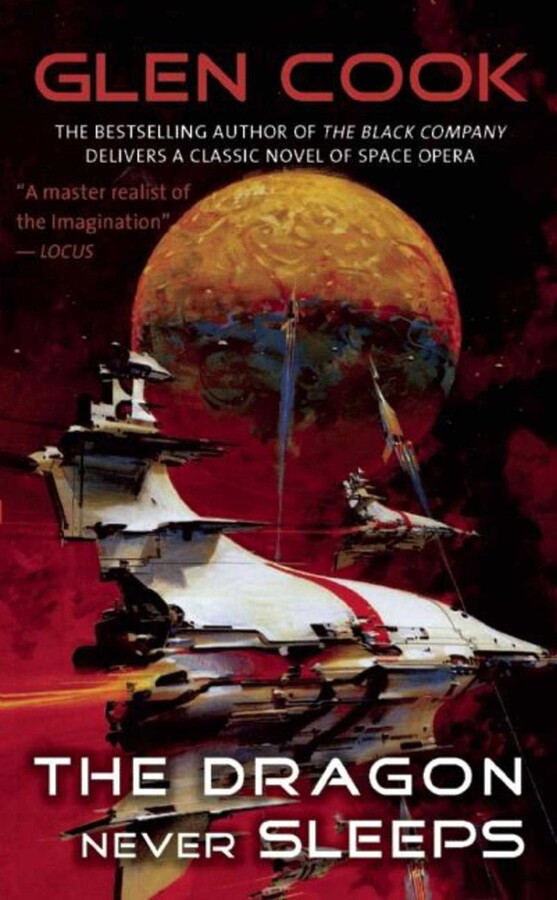 By Glen Cook
LIST PRICE $7.99
PRICE MAY VARY BY RETAILER

Glen Cook (The Black Company, The Dread Empire) delivers a masterpiece of galaxy spanning space opera!
For four thousand years, the Guardships ruled Canon Space with an iron fist. Immortal ships with an immortal crew roaming the galaxy, dealing swiftly and harshly with any mercantile houses or alien races that threatened the status quo. But now the House Tregesser believes they have an edge; a force from outside Canon Space offers them the resources to throw off Guardship rule. Their initial gambits precipitate an avalanche of unexpected outcomes, the most unpredicted of which is the emergence of Kez Maefele, one of the few remaining generals of the Ku Warrior race  the only race to ever seriously threaten Guardship hegemony. Kez Maefele and a motley group of mysterious aliens, biological constructs, and scheming aristocrats find themselves at the center of the conflict. Maefele must choose which side he will support; the Guardships, who defeated and destroyed his race, or the unknown forces from outside Canon Space that promise more death and destruction.

By Glen Cook
LIST PRICE $7.99
PRICE MAY VARY BY RETAILER