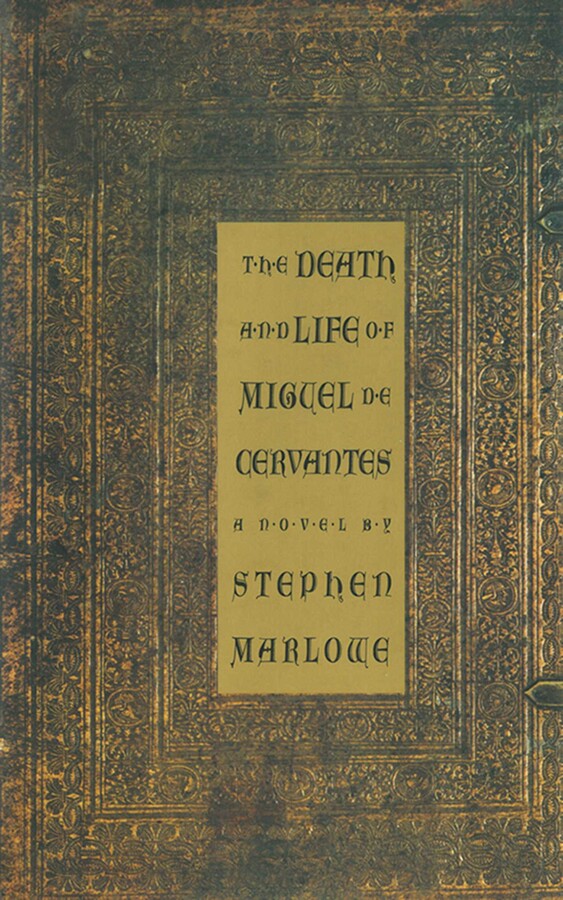 The Death and Life of Miguel De Cervantes: A Novel

This is the story of my death and life, in which fiction and that lesser truth, history, from time to time form a seamless whole. Speaking is the hero of Stephen Marlowe's brilliant new novel. He is Don Miguel de Cervantes Saavedra: son of a barber-surgeon (always on the run from the bill collector), grandson of a converso(a Jew who chose Christianity over the flames of the Spanish Inquisition), adorer of his own sister (who may not have been his sister after all), brother of one of the most famous spies in recorded history (though the records have mysteriously vanished), prisoner in an Algerian dungeon (following capture by Barbary Pirates), friend to a Faustian eunuch astrologer named Cide Hamete Benegeli (whose missing private parts are miraculously regenerating), and, of course, creator of the most celebrated of all fictional historical novels--The Adventures of Don Quixote de la Mancha.

The Death and Life of Miguel De Cervantes: A Novel