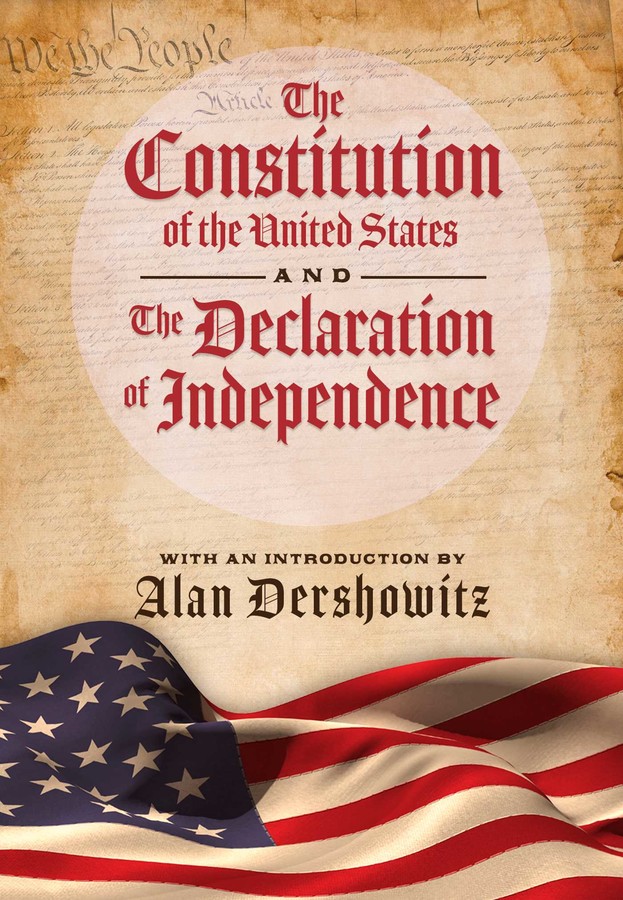 By Delegates of The Constitutional Convention
Introduction by Alan Dershowitz
LIST PRICE $3.99
PRICE MAY VARY BY RETAILER

Including a new introduction by eminent civil libertarian and New York Times bestselling author Alan Dershowitz, this edition of the US Constitution is a must-have for all Americans and anyone interested in American history.

This quick, easy reference for our federal government’s structure, powers, and limitations includes:

The Constitution of the United States and The Declaration of Independence are two of the most important documents in American history. Conveying the principles on which the country was founded and providing the ideals that still guide American politics today, these are the seminal works from which the foundation of America was built.

Signed by the members of the Constitutional Convention in Philadelphia on September 17, 1787, The Constitution outlines the powers and responsibilities of the three chief branches of the federal government, as well as the basic rights of the citizens of the United States. The Declaration of Independence was crafted by Thomas Jefferson in June of 1776 and it provides the basis of all American political philosophy and civil liberties.

Collected here in one affordable, pocket-sized volume are some of the most valued pieces of writing in American history. Every American, regardless of political affiliation, should own a copy.
Delegates of The Constitutional Convention

By Delegates of The Constitutional Convention
Introduction by Alan Dershowitz
LIST PRICE $3.99
PRICE MAY VARY BY RETAILER

More books from this author: Delegates of The Constitutional Convention