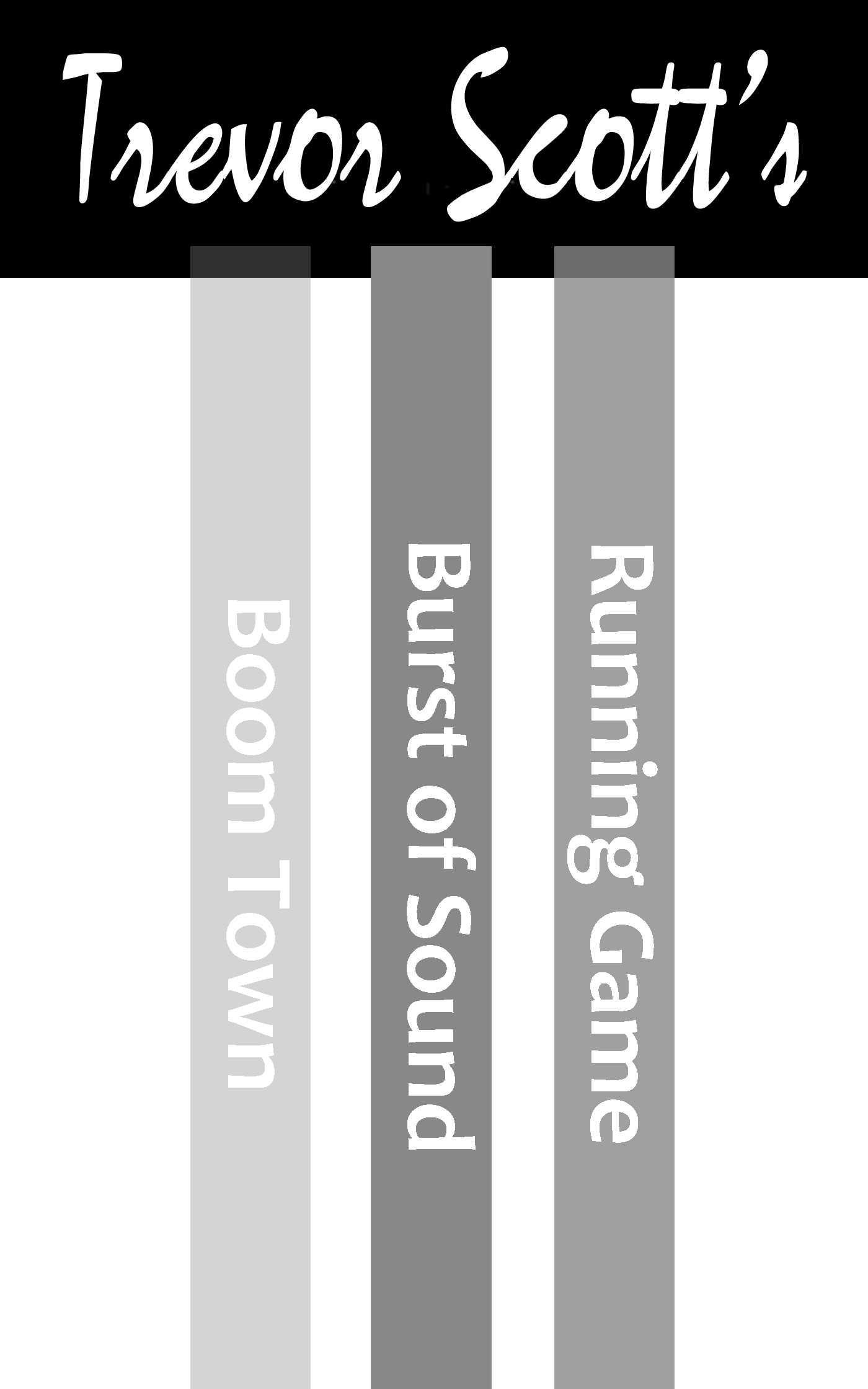 Part of A Tony Caruso Mystery
By Trevor Scott
LIST PRICE $3.99
PRICE MAY VARY BY RETAILER

The Complete Tony Caruso Mystery Series, including Boom Town, Burst of Sound, and Running Game: Boo Town: Private Investigator Tony Caruso lives out of his rolling office, an old Ford pickup truck, with his German-trained bomb-sniffing dog, Panzer, a Giant Schnauzer. Tony retired after twenty years in the Navy as an aviation ordnanceman, but this training might not be enough when he is hired by an old friend to look into a murder suicide in Bend, Oregon, a resort Boom Town in the high desert east of the Cascades. Was it a murder suicide as the local sheriff thinks? Or has this idyllic community been ripped apart by not only murder but scandalous sexual deviance, lust, jealousy and the quest for the almighty dollar? Follow Tony as he wades through a cast of characters as diverse as the Oregon landscape to solve this mystery. Burst of Sound: Still living out of the back of his Ford pickup truck in the Pacific Northwest, Tony Caruso is hired to find his old Navy buddy, missing for a week in the Puget Sound area of Washington. Tony is on the case for less than a day when someone blows up a forest service building, killing a man, and attracting the attention of FBI special agent Bob McCallum, Tony's old nemesis, who was now in charge of the Seattle office. Curious as usual, Tony goes to the fire site with his bomb-sniffing giant schnauzer, Panzer. McCallum suspects the Environmental Defense League, a radical group responsible for everything from setting fire to SUV lots to releasing animals from fur farms. But this is their first murder. When Tony suspects his Navy buddy might be involved, he is conflicted on how to proceed. As more EDL incidents occur across the Puget Sound, Tony has no choice but to ratchet up his investigation. And now his own life is in danger. Running Game: When Tony Caruso is hired to go undercover for the U. S. Fish and Wildlife Service, he has no idea that his life will change forever in the remote mountains of Oregon. He is tasked to track down an Asian ring of smugglers who are killing black bears for gallbladders and shooting elk and deer in velvet for their antlers. He narrowly escapes with his life, but follows the smugglers to Portland. Eventually, he ends up in the southern Cascades in the mushroom fields, where he must fight not only the Asian game smugglers, but Asian gangs from San Francisco and Seattle. As Tony tightens the noose around the smugglers, the case becomes personal. Now he must encounter these brutal killers in the remote forest, where his survival depends on his own military training and his favorite sidekick, Panzer, his giant schnauzer and former German military working dog.

Part of A Tony Caruso Mystery
By Trevor Scott
LIST PRICE $3.99
PRICE MAY VARY BY RETAILER

More books in this series: A Tony Caruso Mystery