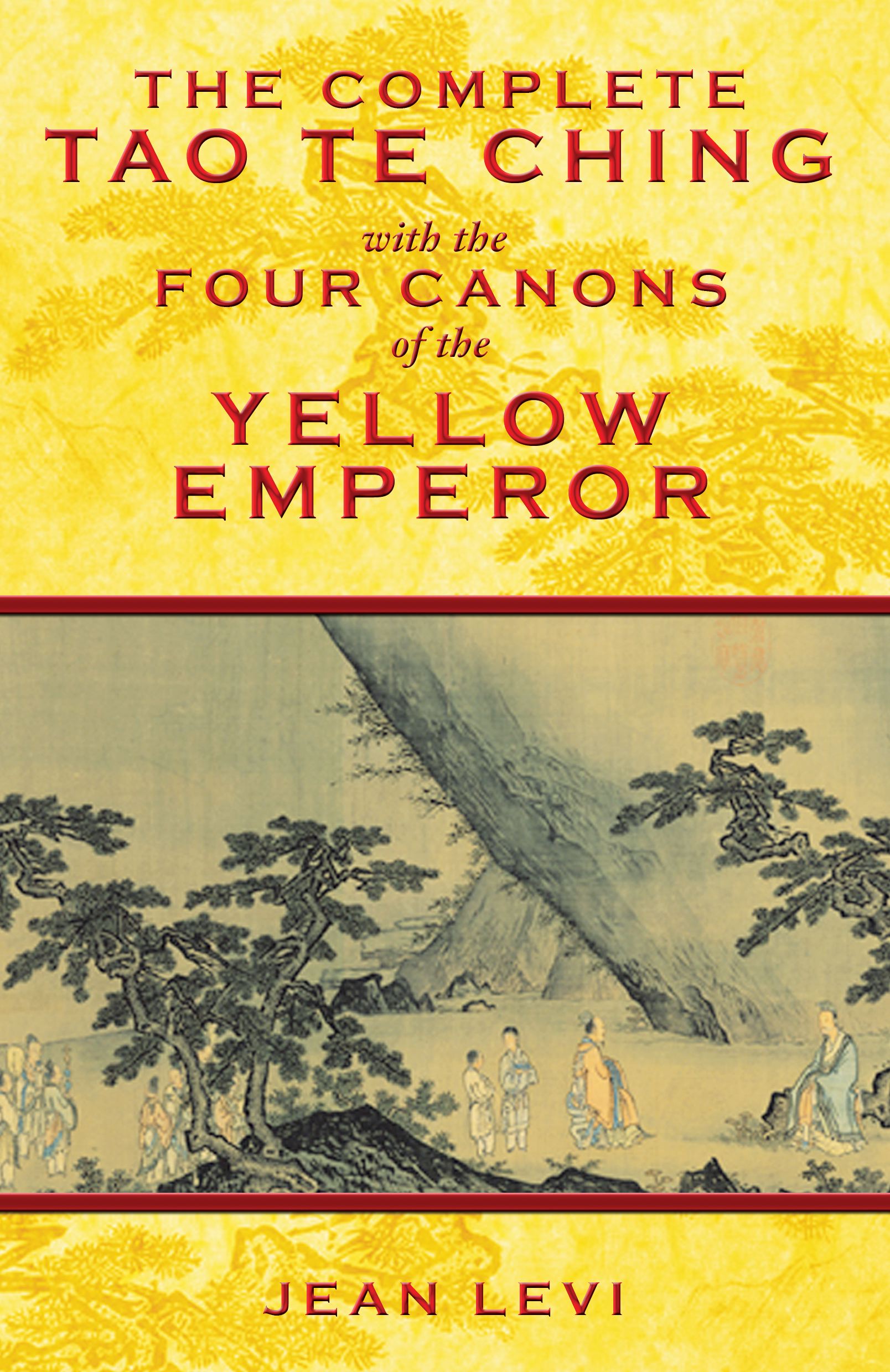 • Presents the practical guidance of the Four Canons on the art of ruling, metaphysics, military matters, and ways of meditation

In 1973, in Mawangdui, China, a large number of silk manuscripts were discovered at an early Han burial place. Among these were two versions of the Tao Te Ching by Lao-tzu. Dated to around 200 bce, these manuscripts were much older than all existing versions and included, quite surprisingly yet deliberately, the Four Canons of the Yellow Emperor--a long-lost treatise never-before seen in modern times.

Based on both the Mawangdui version of the Tao Te Ching and the recently discovered Guodian version, this book is the first to restore the Four Canons of the Yellow Emperor to its rightful place alongside the Book of the Way. Complementing the philosophy of the Tao Te Ching with its more practical advice, the Four Canons cover the art of ruling, metaphysics, military matters, and ways of meditation. Showing how this pairing of texts established the foundations of the Han Dynasty’s power, Jean Levi offers extensive notes throughout the text, providing information essential for understanding as well as highlighting the many connections between these two classic works.

On the Law as Principle

The Six Alternatives
Aberrations vs. Normalities

When sons usurp the father’s role, when ministers usurp the sovereign’s role, even the most powerful principality cannot govern.

____________________
*Here the word ni is contrasted with its antonym shun; they are difficult terms to translate: ni simultaneously designates unnatural behavior, aberrant phenomena or acts, and a rebellious attitude, while shun connotes all that is normal and part of the natural course of things; it can also mean “docile.” Sometimes they could almost be rendered as “good” and “bad,” or even “normal” and “pathological.” These two ideas play a fundamental role in The Four Canons of the Yellow Emperor and form two large classificatory rubrics for natural phenomena and human behavior.
____________________

When the prince’s advisors hold outside positions,* the realm’s security is threatened, and if the prince does not perceive this, his altars to the gods of the soil and the harvests risk being destroyed.

As soon as the sovereign no longer fulfills his function, the country finds itself spineless, but provided that the ministers perform their tasks, the subordinates will have a base upon which they can depend, so that the nation will go through difficulties but will survive.

When the sovereign does not fulfill his function, the country goes adrift.

If the ministers do not perform their tasks, orders are no longer carried out; then the State is in decay.

When a country has two masters, its policies will not be clear; where the woman struggles with the man for preeminence, the army is disorganized. Such principalities are headed for ruin.

When the crown prince replaces his father, dissension rules at the head of the State; the throng of dignitaries renounces the reigning house. When a minister takes control of the State, the sovereign finds himself isolated. In such a case, a great principality will be diminished, an average one will be subjected to serious setbacks, a small one will be destroyed.

When the prince’s advisors hold outside positions, thus hindering affairs from running smoothly, the principality risks unrest; in such a case, a great principality will experience difficulties, an average one will be diminished, a small one will be subject to painful setbacks.

_______________
*Often during the Warring States Period, ministers received appointments from other princes and they sometimes happened to be in the service of many powers at the same time. Thus Su Ch’in, one of the most visible statesmen in the late fourth century, was a minister for six states at one time!
______________

When the sovereign neglects his duties, but the dignitaries fulfill their offices, the State remains propped up despite everything, as long as the country is content to border on misfortune. In such a case, a great principality will have worries, an average one will experience difficulties, a small one will be diminished.

When neither the sovereign fulfills his function nor the ministers perform their tasks, so that there is no longer a trunk, and so that from top to bottom, all of society finds itself deprived of a solid base, the country risks being seriously weakened. In such a case, a great principality will suffer a painful setback, an average one will be on the way to ruin, a small one will be annihilated.

When the sovereign is cruel and his ministers careless, the country will go to the dogs. There are armies within as well as without, and Heaven will surely inflict great misfortunes. No matter how powerful the country where such a situation prevails, it is destined for certain ruin.

When a country has two masters, that is, when the man and the woman dispute over authority, the government is led astray and armies camp within the capital itself. In such a case, the great principality suffers a painful setback, an average power is destined to disappear, a small one is annihilated.

In the same way, when one observes a country, one must be attentive to the “Six Normalities.”

As long as a sovereign maintains his rank, the country has a solid base at its disposal. Even if the ministers neglect their offices, depriving the subordinates of all firm ties, the nation’s suffering will not threaten its existence.

A country with a magnanimous sovereign and loyal ministers knows peace.

A country where the prince acts as prince, the ministers as ministers, and good intelligence reigns between subordinates and superiors, is strong.

A country where the sovereign respects the law and where the ministers comply with the norm flourishes.

A country where the sovereign holds his rank and obtains the support of the ministers will rule over the world.

The Six Aberrations and the Six Normalities draw the dividing line between survival and extinction, between grandeur and decadence. Provided that the sovereign chooses options that satisfy these Six Alternatives, he will put the power of life and death to use judiciously, rewarding deserving subjects and dealing the guilty ones decisive blows. As a result, peace will reign. He will correct his subjects through his brilliant virtue; and, forming a triad with Heaven and Earth, perfectly impartial, he will support and protect all beings, embracing them in the same universal love. That is how he will be able to rule over the empire. The method for governing the world: to win the support of Heaven, Earth, and men. Yes, whoever knows how to use these three authorities is the absolute master of the universe.
Jean Levi

Jean Levi, a renowned scholar of classical Chinese literature and culture, studied at the University of Beijing and the University of Fudan as well as in Shanghai during the Cultural Revolution. A director of research at the National Center of Scientific Research in France, he has written a number of books on Confucius, Chuang Tzu, and Taoist philosophy as well as a series of historical novels set in ancient China, including The Chinese Emperor, which won the Goncourt Prize for historical fiction. He lives in Paris, France.

“This edition, offering both a familiar and an unfamiliar text, should be of immense interest to scholars as well as devotees of the Way; essential for any scholarly collection on Asian religions.”