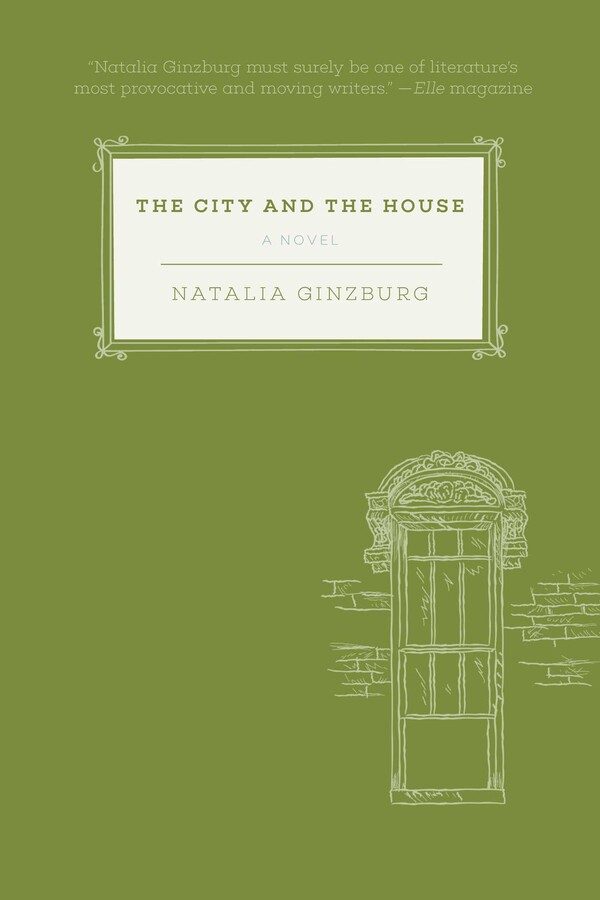 By Natalia Ginzburg
Foreword by Cynthia Zarin
Trade Paperback
Paper Over Board eBook
LIST PRICE $14.99
PRICE MAY VARY BY RETAILER

This powerful novel is set against the background of Italy from 1939 to 1944, from the anxious months before the country entered the war, through the war years, to the Allied victory with its trailing wake of anxiety, disappointment, and grief.

The city is Rome, the hub of Italian life and culture. The house is Le Margherite, a home where the sprawling cast of The City and the House is welcome. At the center of this lush epistolary novel is Lucrezia, mother of five and lover of many. Among her lovers—and perhaps the father of one of her children—is Giuseppe. After the sale of Le Margherite, the characters wander aimlessly as if in search of a lost paradise.

What was once rooted, local, and specific has become general and common, a matter of strangers and of pointless arrivals and departures. And at the edge of the novel are people no longer able to form any sustained or sustaining relationships. Here, once again, Ginzburg pulls us through a thrilling and true exploration of the disintegration of family in modern society. She handles a host of characters with a deft touch and her typical impressionist hand, and offers a story full of humanity, passion, and keen perception.

Praise for The City and the House:

"'The City and the House' is a fine book, subtle and shrewd." —LA Times

"A brief, deft epistolary novel . . . she etches a picture of the bonds that are cast between us, bonds that prove surprisingly tough for seeming so fragile. A writer of understated mastery who deserves an American following." —Kirkus Reviews

"The city is Rome; the house, Le Margherite, a villa in the country outside Rome. Ginzburg's novel consists of a series of letters mainly between Giuseppe, a widowed writer living in Rome; Lucrezia, his ex-lover, who lives at Le Margherite with her husband Piero and their children; Giuseppe's son, Alberico, a homosexual filmmaker; Giuseppe's brother Ferruccio, a professor of biology at Princeton; his wife Anne Marie, also a biologist at Princeton; and Anne Marie's daughter Chantal. In the first letter, Giuseppe discusses his decision to move to America: "I am very happy to be leaving. . . . I am also very sorry to be leaving. I think I shall miss certain people and places I'm strongly attached to." The reader, too, will miss these crazy, mixed-up, very human, exasperating, and endearing characters. Highly recommended." —Library Journal

"This warm-hearted novel is an excellent example of the distinguished Italian novelist and essayist's art." —Publishers Weekly

"Ginzburg [was] famous for her ability to conjure up a mixed emotional atmosphere, poignant yet unsentimental." —The New Yorker

By Natalia Ginzburg
Foreword by Cynthia Zarin
Trade Paperback
Paper Over Board eBook
LIST PRICE $14.99
PRICE MAY VARY BY RETAILER