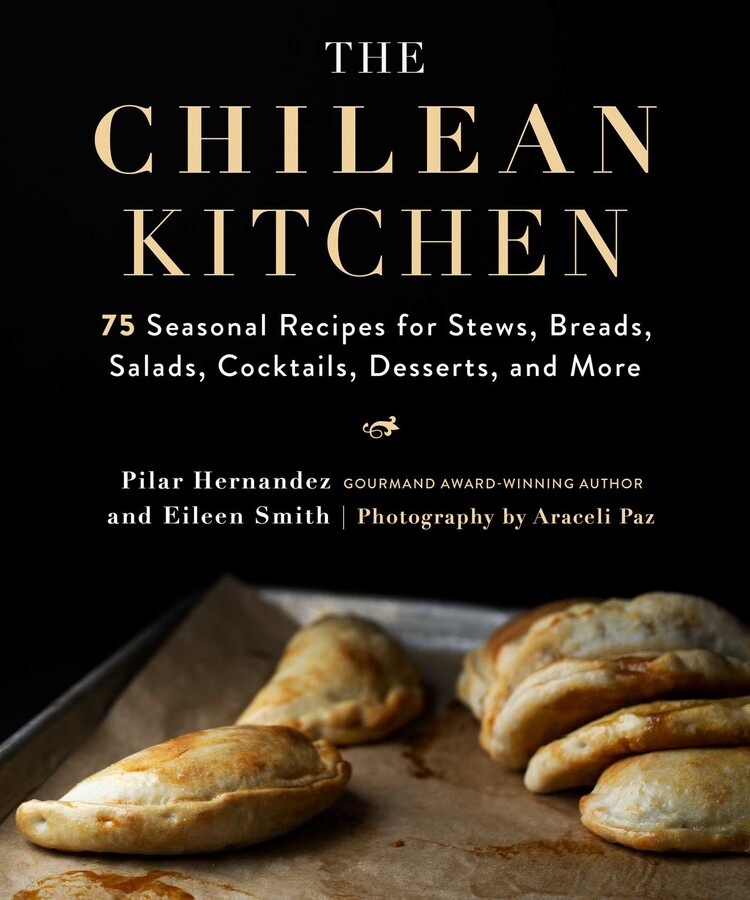 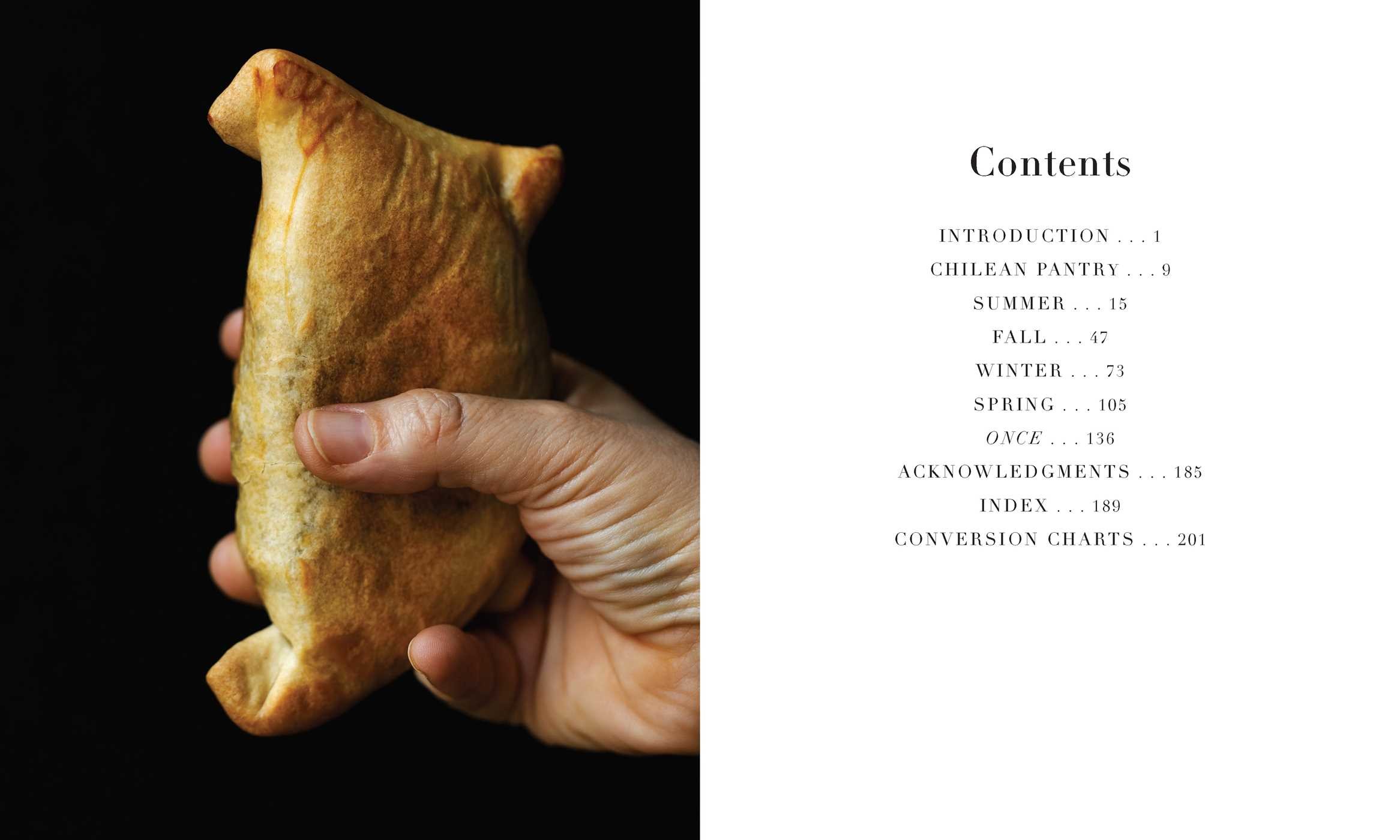 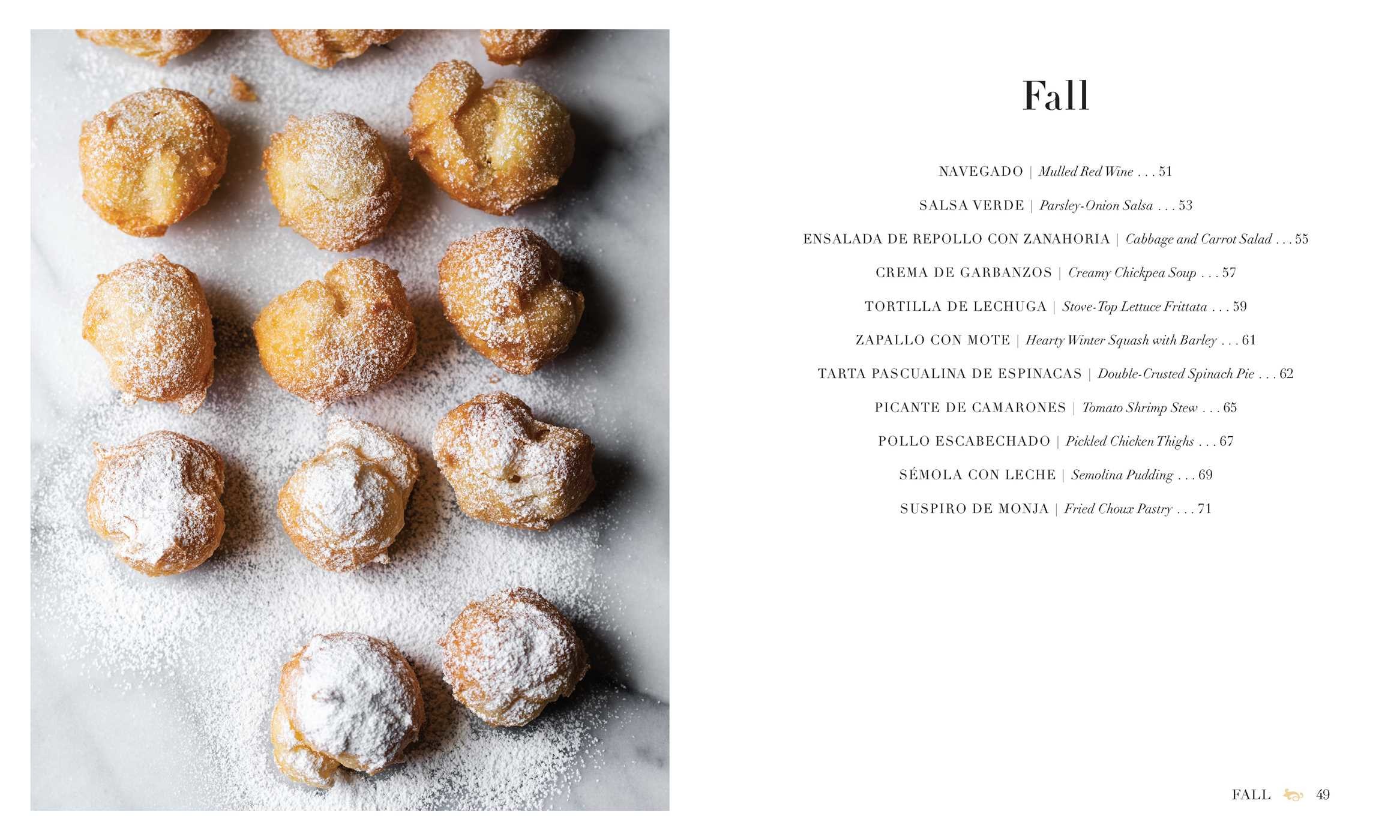 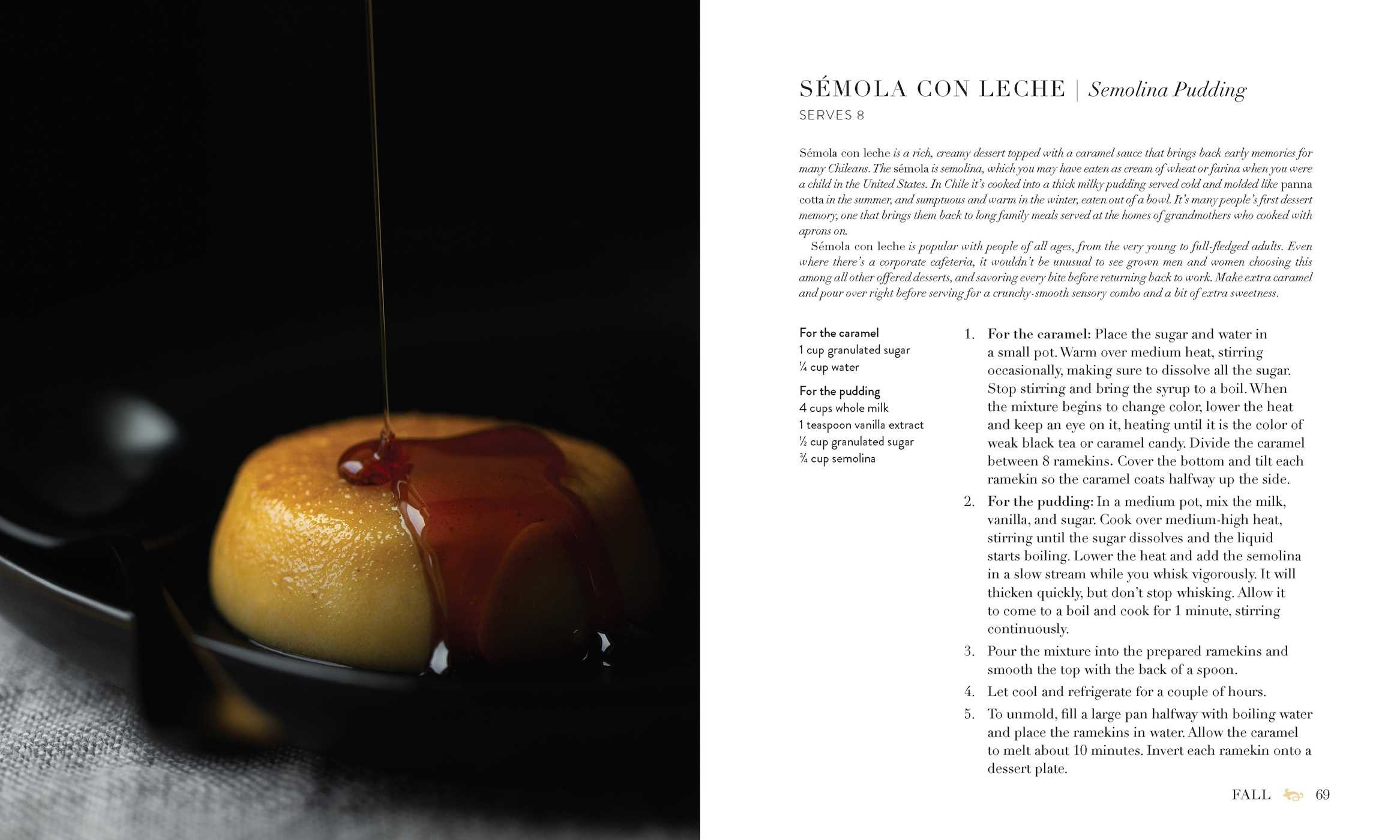 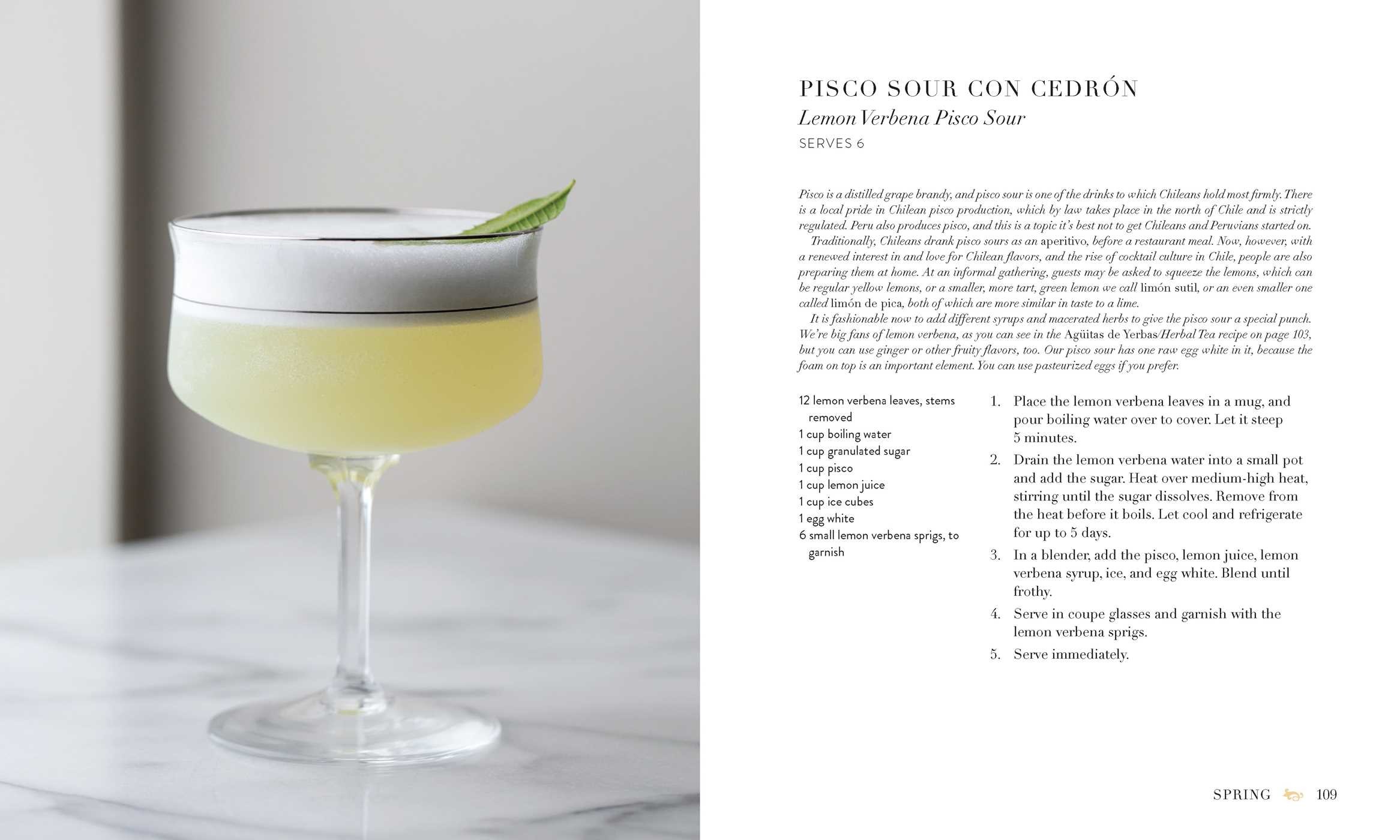 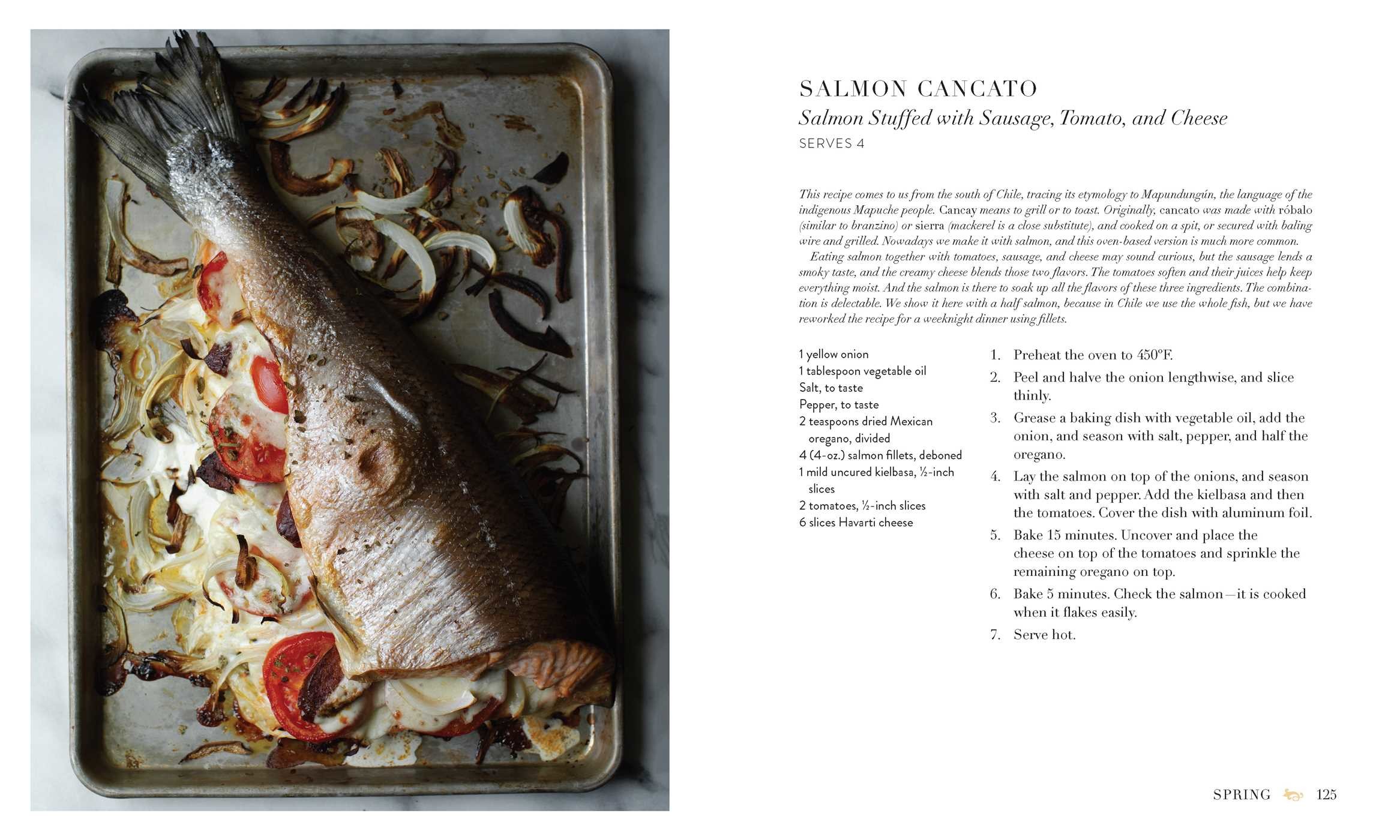 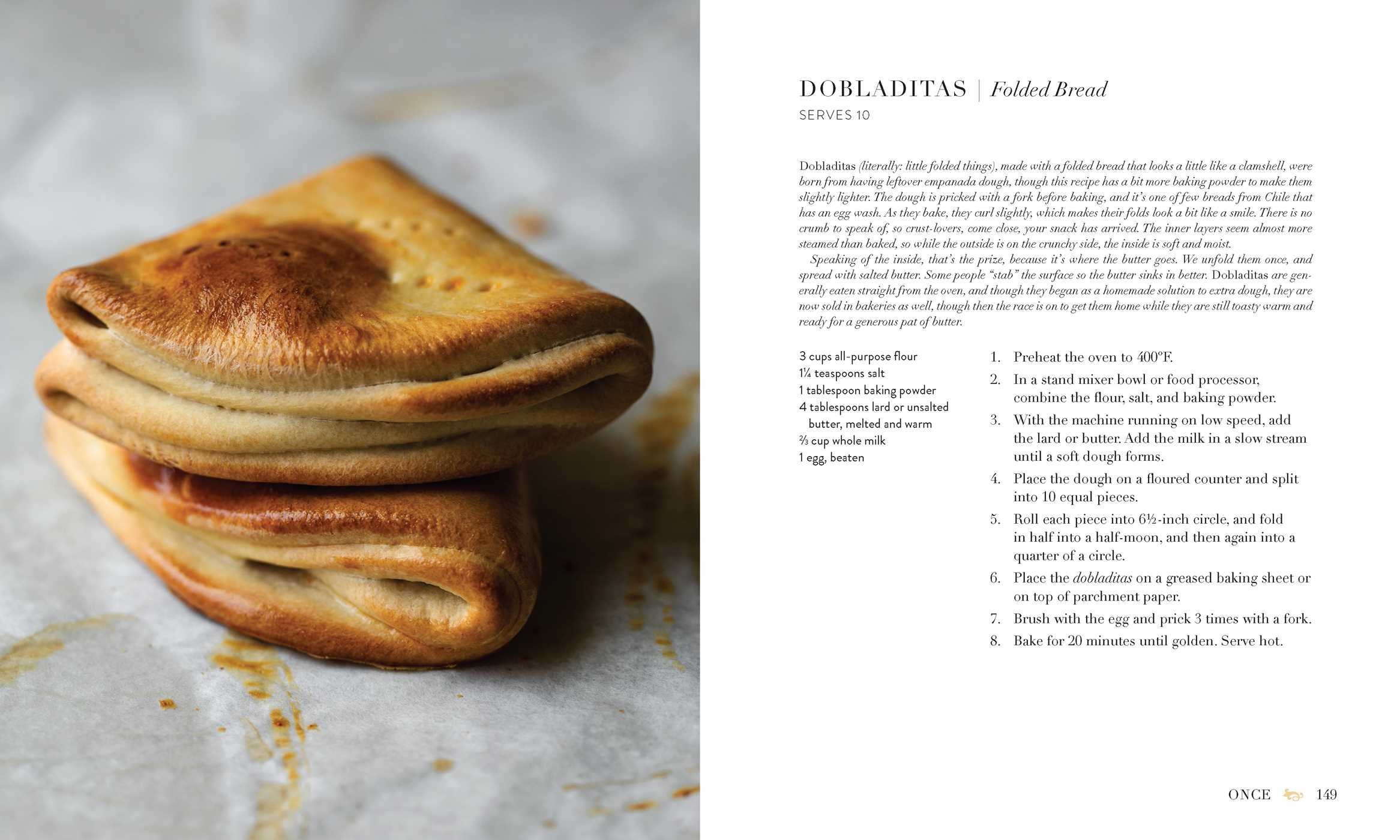 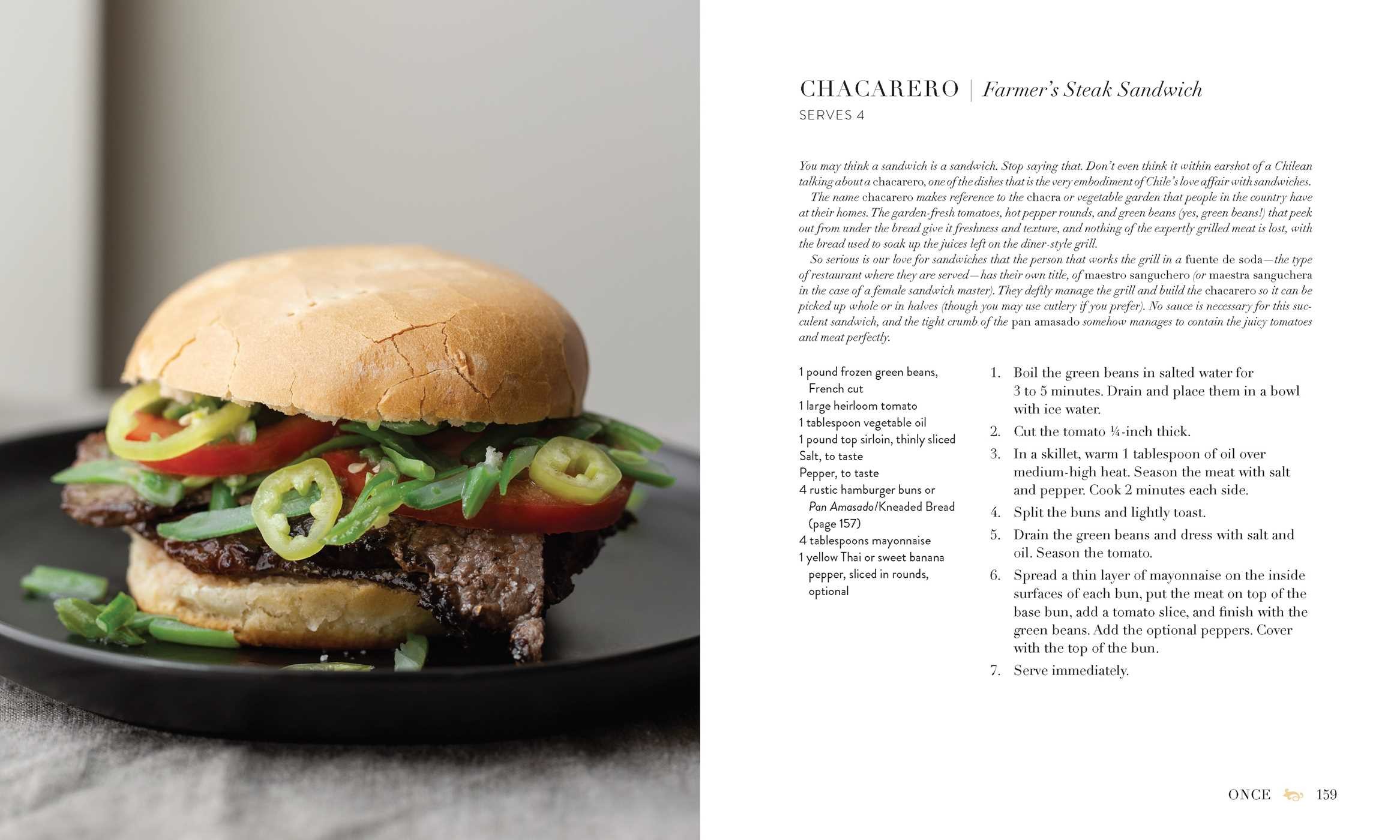 These authentic recipes will bring classic Chilean flavors to your doorstep!

The Spanish phrase quédate un poquito, or “stay a while,” is the essence of Chilean hospitality—one does not “stop by for a quick bite” in Chile. Comprised of more than seventy authentic Chilean recipes, organized seasonally for maximum freshness, and tweaked ever-so-slightly to fit neatly into the US market, this book creates an accessible, authentic, and uniquely Chilean cooking experience. It marries Pilar’s family recipes and Eileen’s astute writings, which make even those who have never visited Chile feel like they have found home.

Seasonality is the backbone of the Chilean table—each of the four seasonal sections will include a short opening essay to prepare the reader for the bounty of the season. A unique fifth section is included for La Once, or tea time, which transcends the seasons but is quintessentially and irrevocably Chilean.

“This comfortable and authentic introduction to the cuisine of central Chile is authored by Chilean native Hernandez, now based in Houston, and Smith, an American expat in Santiago . . . Hernandez and Smith plunge readers into four seasonal chapters, with rewarding results.”
—Booklist starred review

"Bringing to the masses an insightful look at the foods and flavors of one of Latin America’s least written-about and understood cuisines . . . Though the authors state that Chilean cuisine has been in a ‘huge state of flux in recent decades,’ the traditions of home cooking remain firmly in place within central Chile, where nearly half of the country’s 18 million residents live. It is a cuisine built on seasonal ingredients, rich in simply prepared vegetables. It is homey fare—stews, salads, a bit of meat, lots of bread, and desserts.”
—Houston Chronicle

“I’m inspired to explore Chilean food—and culture—because of this book. Pilar Hernandez describes a country where language, food, and culture are interwoven with a strong emphasis on food grown in the region. Through this book, I was introduced to ingredients I’ve never cooked with and dishes I want to eat. There’s a strong sense of place—a true celebration of a country, a region, a culture.”
—James Beard Award-winning Chef Chris Shepherd, chef/owner, Underbelly Hospitality

“I couldn’t be more excited about this cookbook! I wasn’t very familiar with Chilean cuisine, but now want to try everything in this book!”
—Gina Homolka, New York Times bestselling author and Skinnytaste founder

“As global curiosity about Chile’s culinary history continues to grow, The Chilean Kitchen introduces home cooks to the beauty and bounty of the country’s most treasured recipes. Like a fulfilling sobremesa, this book celebrates the intersection of Chilean food and culture, offering both delicious bites and the rich contextual heritage that surrounds them.”
—Marie Elena Martinez, Cofounder of New Worlder

"The Chilean Kitchen is a ground-breaking cookbook detaching the immense continent of South America and giving light to Chile’s own, authentic cooking under the sun! Authors Pilar Hernandez and Eileen Smith created a beautiful travelogue, a thorough guide to regional Chilean dishes and ingredients and a great kitchen companion. I can’t wait to dig into these recipes and bring a piece of this beautiful country into my kitchen!"
—Leticia Moreinos Schwartz, Gourmand Award-winning author of The Brazilian Kitchen, My Rio de Janeiro, and Latin Superfoods

“Food is culture and culture shapes our identity both as a nation as well as a person. What The Chilean Kitchen does is taking the first step towards the recognition of Chile as a culinary benchmark.”
—Oscar Barrera Marengo, MD, chef/owner of RAM

"Another cuisine you don't see represented in cookbooks very often: Chilean food. Pilar Hernandez writes the blog En Mi Cocina Hoy; this is her second cookbook and her first in English. The book is arranged by season and 'tweaked ever-so-slightly to fit neatly into the US market,' with recipes for dishes like empanadas, grilled meats and seafood and dulce de leche thousand layer cake."
—Stained Page News

“She is part of a generation of women who cook with the cell phone in their hand, and that same spirit was translated into this book of homemade recipes, easy to prepare, quick and with ingredients found in the supermarket.” —Review Wikén, El Mercurio

“Easy to read and follow, it's full of little secrets to make special even the simplest recipes, and, speaking as a mom, the children have a very important place here.” —Begoña Uranga, Saturday Magazine

“A tempting book from its first pages with recipes suitable for all types of cooks, browsing its pages opens your appetite in just seconds thanks to the excellent photographs taken by the outstanding photographer and gastronomic stylist Araceli Paz." —Camila Manríquez, Nirvino.cl