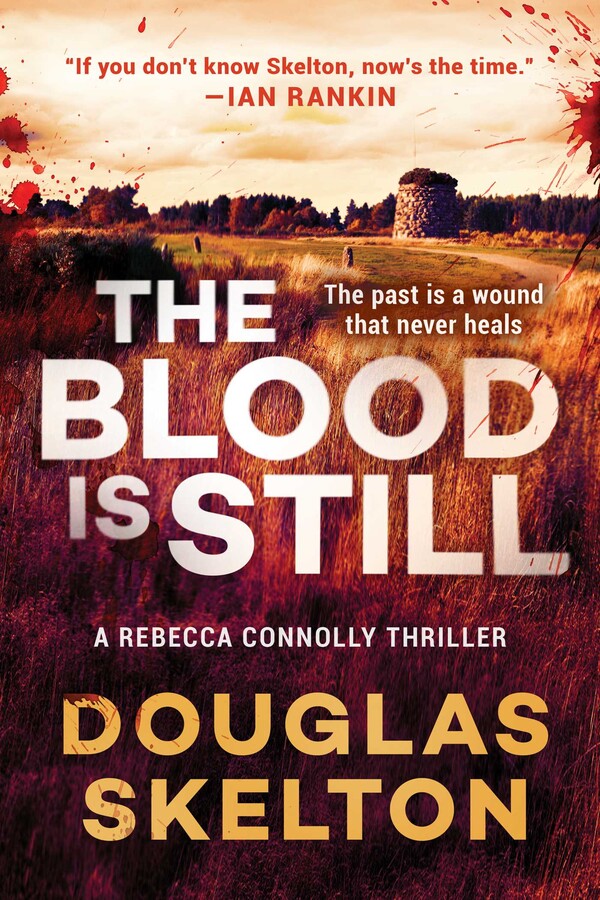 Book #2 of A Rebecca Connolly Thriller
By Douglas Skelton
LIST PRICE $16.99
PRICE MAY VARY BY RETAILER

A riveting, immersive thriller from the author of Thunder Bay—"If you don't know Skelton, now's the time" (Ian Rankin).

When a man in eighteenth-century Highland dress is found dead on the site of the Battle of Culloden, where Bonnie Prince Charlie led his forces to a rout seared into Scottish memory, Rebecca Connolly takes up the case for the Chronicle. A controversial film about the rebellion and battle is being shot nearby, and it has drawn the ire of the right-wing nationalist movement Spirit of the Gael. Is there some link between the murder—the weapon used to impale the man leaves no doubt it was murder—and Spirit of the Gael or the shadowy militant group New Dawn, thought to be associated with them?

Meanwhile, in the working-class part of town, Rebecca's assignment to cover a protest against the placement of a convicted child molester into the community leads her to Mo Burke, the unlikely protest leader. Mo is a formidable woman, but she is also the matriarch of a known crime family and usually prefers to shun the spotlight. What has drawn her out? And what of her two grown sons, who share in the family business? The older one, Nolan, with Ben Affleck good looks, is clearly intrigued by Rebecca, as she is by him, despite her better instincts to steer clear of their dangerous, violent world.

And then another body is found, this one wearing the Redcoat uniform of the victorious British army.

"If you don't know Skelton, now's the time."—Ian Rankin

"While the action keeps coming like blood from a severed artery, Skelton show us the souls of his characters. . . . A stand-out thriller."—Scots Magazine

“It would be so easy to romp through The Blood Is Still—the plot is compelling and the characters are so darn realistic, but I advise you to hold fire and take time to savour some of the gorgeously lyrical prose that’s sitting there in among all of the drama.”—Crime Fiction Lover

“Once again great characters, we hear more from reporter, Rebecca Connolly and the tension just keeps you on your toes all the way through. It’s also full of Douglas Skelton humour too which just makes it a marvellous read!”—Independent Book Reviews

"IIt's a triumph. I absolutely loved it, and everyone should read it!."—SimplySuzeReviews

"Skelton's years as the editor of a local newspaper make for an intrinsic, pitch-black depiction of the competition between the police, the press, and the powers-that-be in the scramble to construct and control narratives. . . Suspenseful."—Dundee Courier, Scottish Book of the Week

"Absolutely unmissable . . . A compelling read with characters you care about and a layered, intelligent plot that captures both the heart and the mind."—LiveandDeadly.net

“Incorporating concerns about the spread of populism and the downsizing of news reporting, Skelton’s intriguing premise keeps you reading avidly to see how he’s going to tie it all together and make it work.”—Herald

"Imbued with the stark beauty of Scottish island life, this atmospheric mystery pulls us into an exploration of human frailty, family loyalty, and the destructive power of secrets. For readers of Denise Mina or anyone seeking a relatable protagonist and a well-told story."—Library Journal

“A darkly claustrophobic tale set on a remote Scottish island, where secrets and lies and family feuds all lead to murderous consequences. Douglas Skelton’s writing always delivers, nowhere more than with Thunder Bay.”—Craig Russell, author of The Devil Aspect

“Did Roddy kill his girlfriend, Mhairi? . . . On the way to figuring this out, there are a lot of deep, dark—and I mean dark—secrets that are uncovered. . . . Almost everyone on this island is hiding something terrible. . . . It's the type of crime fiction that Irish and Scottish writers do particularly well.”—Inside Flap

"A surprisingly gripping read. I had no idea where things were going to end up, . . . Skelton’s characters kept bucking expectations as they tried to stick to Stoirm’s 'ethical' code. . . . Readers looking for something out of the ordinary and atmospheric might like this one."—A Bookish Type

"A mesmerizing novel with an intriguing mystery, a distinctive setting and interesting characters. . . . With shocking plot twists, Skelton brings this multilayered mystery to a very dramatic conclusion."—book reviews and more by kathy

"The risks Skelton took in creating Thunder Bay have paid off in spades. As well as creating a sympathetic new protagonist, he has crafted an emotionally truthful tale and delivered it in a lyrical style that places him among Scotland's top cadre of crime writers."—Scotsman

"Immersive, compelling, and shot through with Skelton's pitch-black humour, Thunder Bay will reverberate like the last echoes of a storm long after you read the jaw-dropping climax."—Neil Broadfoot, author of the MacGregor and Drummond thrillers

"Razor sharp . . . An outstanding piece of crime fiction. Not to be missed."—Denzil Meyrick, author of the Detective Daley thrillers

"Skelton builds up the suspense before going in for the kill. A particularly gripping thriller."—Herald

"'Skelton proves once more that he is master of his craft. I can't think of many, if any, other writers who bring such varied and distinctive styles to their books. . . . [He's] a writer who you can't pidgeon-hole or pin down. I, for one, can't wait to see what he gives us next."—Scots Whay Hae

"Digs deeply, focuses closely on the families at the heart of events. The novel follows Rebecca's attempts to understand what being an islander means, and her own relationship with the island of Stoirm. I'd say it's [Skelton's] best yet, and I hope there are more to come in this vein."—iScot Magazine

"It's beautifully written, descriptive and atmospheric. The pacing is perfect, and the conclusion unexpected. Douglas Skelton has delivered possibly his best work yet, and that really is saying something! It's a triumph."—Simply Suze Reviews

"Douglas Skelton excels at planting little seeds throughout his writing, drawing the reader in, and ensuring that they pull up a chair and watch them grow. He succeeds in intriguing you and keeping you firmly on your seat until the last page is turned."—Chapter in My Life

"Dark, brooding, atmospheric and full of mystery, this is a book I would highly recommend you read. I loved it."—Jen Med's Book Reviews

"Skelton has produced an evocative, beautiful, and tense tapestry of a read."— Live and Deadly

"A gripping and thrilling read from one of the great Scottish crime writers, themes of crime, mystery, secrecy and loyalty all woven together to make Thunder Bay one of those books that will stay with you long after you’ve turned the last page."—Kate Noble, The Quiet Knitter

Book #2 of A Rebecca Connolly Thriller
By Douglas Skelton
LIST PRICE $16.99
PRICE MAY VARY BY RETAILER

More books in this series: A Rebecca Connolly Thriller