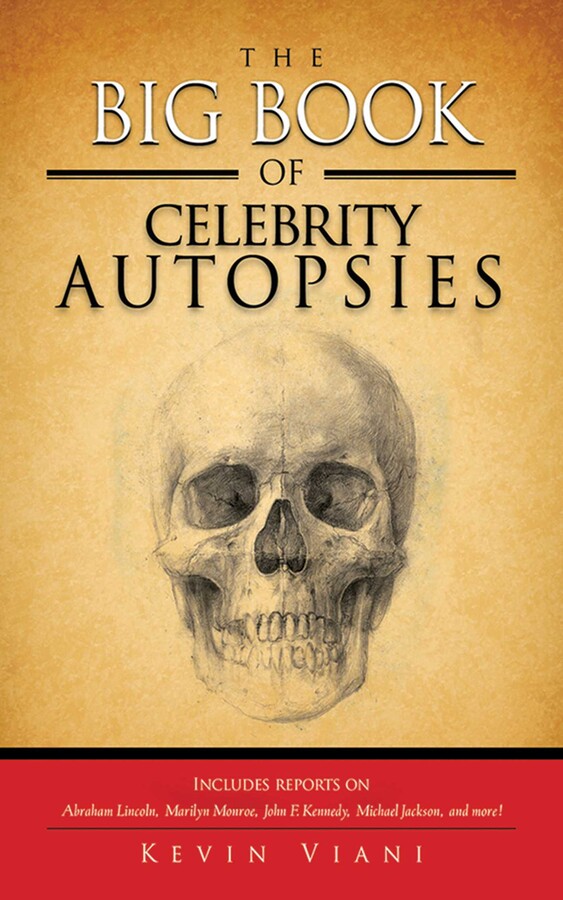 The Big Book of Celebrity Autopsies

By Kevin Viani
LIST PRICE $14.95
PRICE MAY VARY BY RETAILER

From JFK to Marilyn--the morbid, medical, and mysterious facts behind the most famous celebrity deaths.

When a life ends tragically whether by violence or accident, pathologists perform an autopsy to determine the cause of death. It is a methodical, morbid, and necessary task.

These autopsy reports, often filled with medical terminology and intriguing diagrams of the bodies we knew so well from their lives on the big screen, offer an unusual insight into the nature of death itself. The reports you'll find here provide a fascinating glimpse into the underworld that hovers just beyond the reach of the living.

Includes the autopsy files or transcriptions from dozens of famous people including:

In a world more obsessed with celebrity than ever before, these reports are a sobering reminder of how fleeting real fame can be--and how destructive and dangerous as well.

The Big Book of Celebrity Autopsies

By Kevin Viani
LIST PRICE $14.95
PRICE MAY VARY BY RETAILER