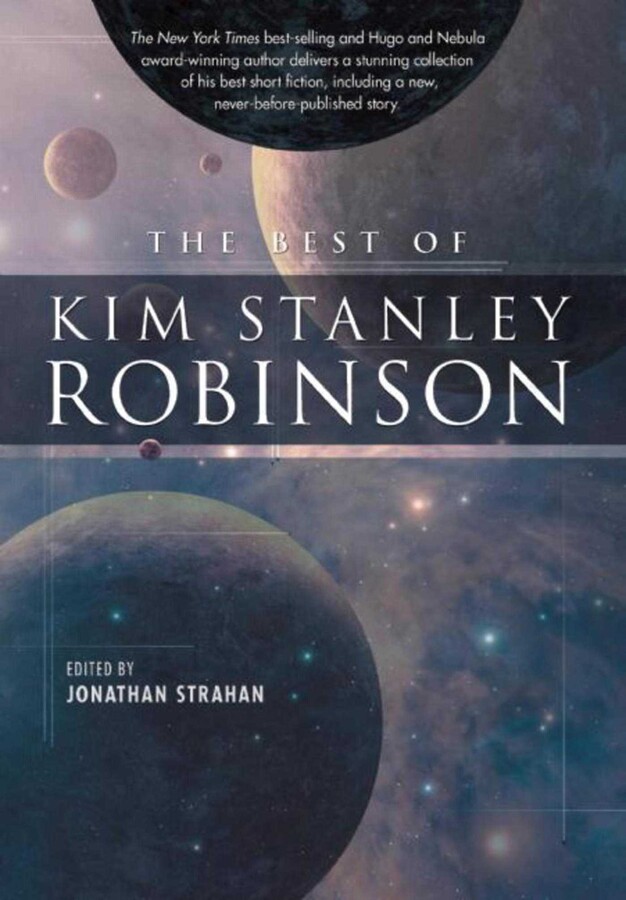 Adventurers, scientists, artists, workers, and visionaries — these are the men and women you will encounter in the short fiction of Kim Stanley Robinson. In settings ranging from the sunken ruins of Venice to the upper reaches of the Himalayas to the terraformed surface of Mars itself, and through themes of environmental sustainability, social justice, personal responsibility, sports, adventure, and fun, Robinson's protagonists explore a world which stands in sharp contrast to many of the traditional locales and mores of science fiction, presenting instead a world in which Utopia rests within our grasp.

Kim Stanley Robinson has been an ongoing force in the Science Fiction genre for over twenty years, with his novels (Year’s of Rice and Salt, Forty Signs of Rain) crossing over to the mainstream, and routinely appearing on the New York Times best sellers list. During the 80s and early nineties, his short fiction continued to push the boundaries of science fiction, defining the science-focused side of the science fiction genre.

Award-winning editor Jonathan Strahan worked with Kim Stanley Robinson to select the stories that make up this landmark volume. In addition to these reprints, The Best of Kim Stanley Robinson features a brand-new short story, "The Timpanist of the Berlin Philharmonic, 1942."