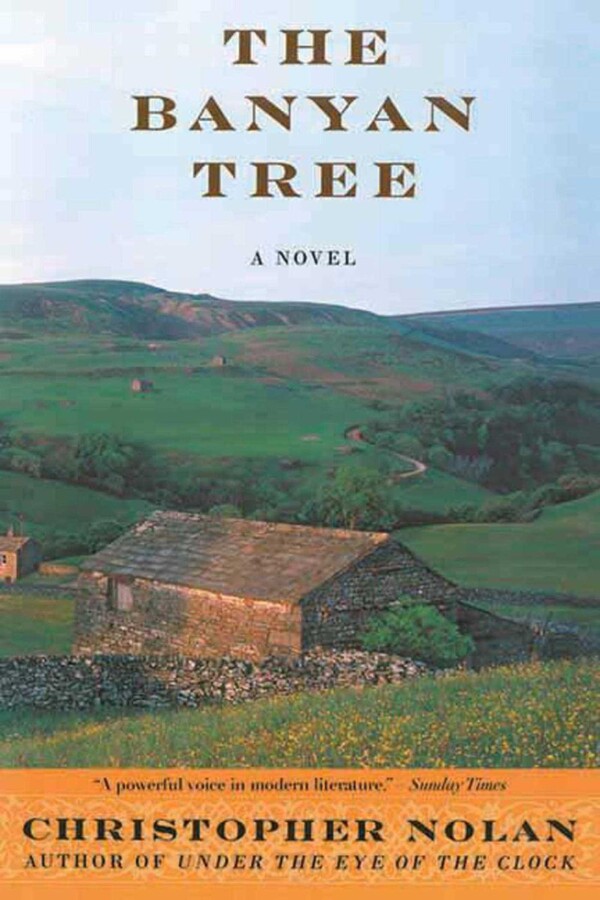 Covering the eighty-plus years of the life of Minnie O'Brien, who is bound to take her place alongside James Joyce's Molly Bloom, The Banyan Tree is a rich saga of rural Ireland in the twentieth century. In distinctly layered prose that has been compared to that of Joyce, Yeats, and Dylan Thomas, Nolan lovingly details the life and times, the triumphs and tragedies, of this spirited woman, who struggles to keep her body and soul, as well as her modest hopes, alive.

Married in 1922 to Peter O'Brien, a good and decent man who nonetheless harbors a terrible secret, Minnie bears him three children: Brendan, who joins the Church, rises to become a bishop, and is quietly drinking himself to death in New York; Sheila, who marries above herself to a wealthy but nasty Dublin businessman (her marriage, Minnie muses, is "a funeral set to music"); and Francis, the youngest, who leaves home at age seventeen to wander the world in search of fame or fortune—hopefully both. It is for him—Minnie's favorite, the prodigal son—that she jealously struggles to keep the five fields willed her by her husband from the clutches of her ambitious and unscrupulous neighbor Jude Fortune. For, she is sure, one day soon Frankie will put an end to his wanderlust and come home to claim what is rightfully his.

Ostensibly bucolic, The Banyan Tree—feisty and colorful, filled with humor and love—also demonstrates forcibly that the gentle world of Minnie's youth is gone forever.

"A work of genius. Everything in this story simmers with life."--Christian Science Monitor

"Beautifully Written. Nolan mesmerizes us from the opening passage . . . His descriptive prowess reminds one of Joyce."--Boston Sunday Globe

"A work of genius. Everything in this story simmers with life."--Christian Science Monitor

"Beautifully Written. Nolan mesmerizes us from the opening passage . . . His descriptive prowess reminds one of Joyce."--Boston Sunday Globe