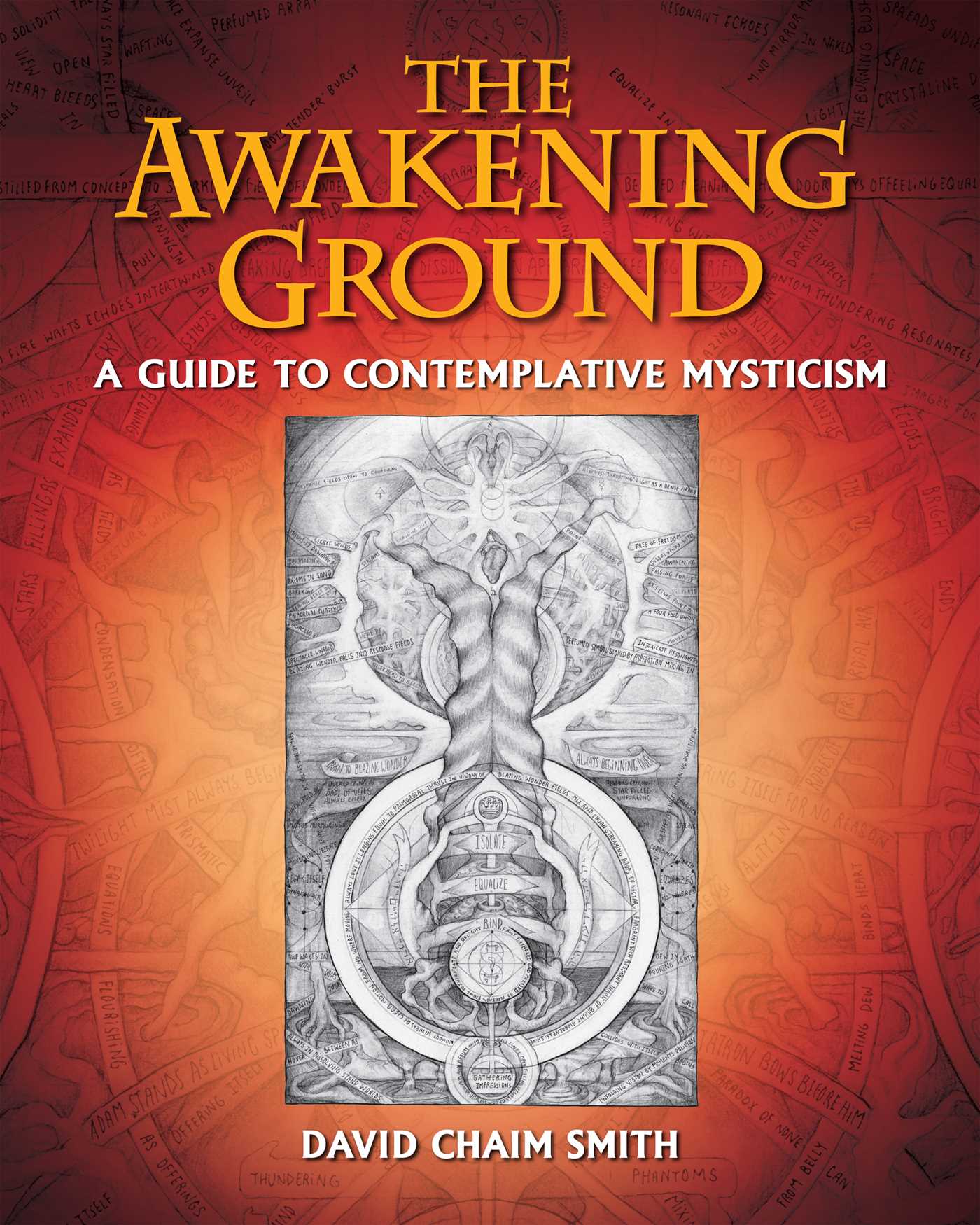 Author David Chaim Smith offers a guide to the practice of mystical contemplation from the perspective of a highly unusual form of non-dual Kabbalah, unfettered by both religious mythology and psychological reductionism. The path articulates the ultimate quest for meaning, which seeks to pass through the clutter of the mind’s conceptual associations to nakedly and directly recognize the innate essentiality of all things known as the light of En (no) Sof (end), or the Infinite. Most mainstream conventional schools of Kabbalah hold such a radical aspiration to be inapproachable at best, and heretical at worst.

• The work introduces six stages that articulate how the mind breaks through its own restrictive habitual reflexes to awaken to the ground of En Sof, which is the mind’s essential nature

• Draws upon obscure sources such as the 13th-century Kabbalistic text Fountain of Wisdom, various alchemical and gnostic texts, and the writings of Isaac the Blind

The author reveals how meaning never remains static--its nature is to move, transmit, and display--yet its precious potential becomes buried under layers of mental constructs. He explains how the mind’s habits and reflexes impose structures of containment that try to make sense out of phenomena, but these very structures actually obscure their essence completely. Smith’s experiential path to gnostic awakening reveals how, in the wake of the lesser concerns of the conceptual mind, primordial purity shines in resonances of vast poetic beauty, if a sensibility of wonder, awe, and delight is cultivated.

Offering a step-by-step analysis to the ecstatic aspects of contemplative revelation, David Chaim Smith explores how to ride the razor’s edge of the paradox to coax the mind from the sleep of habituation towards the culmination of gnosis. Although the process is described within the traditional symbol system of kabbalah, its import is a truly radical exponent of extreme mysticism.

The Merkavah Moves as a Phantom Thunder

ANY WORD, SYMBOL, IDEATION, or amorphous perception can become an opportunity for contemplative practice, if the proper intention and view can be held steady. If subtle feeling tone resonances are coaxed from the sleep of habituation and allowed to pour through their mental constructs, subject and object can melt together and point to their continuous ground. If the essential nature of the ground can be directly and clearly recognized, the entire array of form and action can divulge the ultimate paradox of meaning through the twilight space of its display. The secret ingredient is profound longing, which mixes with inquiry. Directing the mind’s flight within this delicate and poignant register constitutes the symbol of the merkavah (chariot). The Jewish mystical tradition has used this symbol for profound inquiry since the ancient period, long before the word ‘kabbalah’ was used.

The merkavah is carried by the winds of poetic resonance. However these impressions are not an end in and of themselves. They are only doorways, like all phenomena, no more or less astonishing. What is unique about these nuances of feeling is their semi-tangible permeability. On one hand, they are barely there. But at the same time, they are profoundly vivid. They shimmer in the balance of the unsteady question of their existence. They never hold still, and vanish when the mind presses upon them too roughly. This is how they teach us how to deeply and precariously approach the paradox at the razor’s edge of form and formlessness.

The purpose of ethereal resonances is to draw us into the inner dimensions. As we immerse ourselves through the gross associative landscape of common expectations we learn to recognize the buried treasure in our midst. No matter how wondrous these feeling tones may seem, they can still be traps. The arrow of mind must not stop at any target. Hitting a target means grasping, whether it be at a paradise or a hell realm. The pursuit of gnosis is subsumed in endlessness. No stoppage point can deter its longing for the infinite. The goal is for the dynamism of the arrow to be realized as equal to the space through which it flies. The open nature of that dynamism usurps its linear motion, and a new aspect of its meaning becomes possible…and it is reborn. In this manner En Sof, the unattainable, is approached. If the arrow stops and hits any target, contemplation is officially over.

Navigating subtle feeling tones trains the practitioner to transfer the disposition of translucency to any mode of manifestation. If so-called solid matter can be treated with the same sensibility as the ever-elusive domain of poetics, a doorway opens. The problem of the world becomes its own solution, and mind passes through. However we might hardly know of this possibility if not for the accumulation of poetic resonances and their subtlety.

Gradually the mind reconciles that walls that seem impermeable can indeed be permeated. However, this does not necessarily change their outer circumstances. Because of this, the cognitive value system is poised to make a decisive shift, from concern with circumstance to concern with essentiality. For a dedicated practitioner the greater usurps the lesser. This introduces the heart of the paradox. What appears to be slavery to contextual restrictions happens in the midst of absolute freedom. Concern with circumstance fades as concern with essentiality grows. It begins with longing for release, and then deepens into love. Love for the silence and beauty of basic space is the mark of the aspiration that sets meaning free.

As gnostic longing matures, meaning is self-liberated. Intimacy with the essential nature deepens each moment of perceptual life, and each moment no is longer sent off to die within the graveyard of temporal limitations. The impulse to break through its layered shadows unfurls beauty at its root. Beauty comes into its own, until all appearance is recognized as the mind’s own beauty. This recognition seals the universal fluidity of the adamah, and the isolation and extraction of the secret alchemical mercury begins in earnest.

Working with the secret mercury starts with a single spark of recognition. Through it, universes collapse and re-arise simultaneously. The paradox of this volatility is continual, always new; always in a constant state of beginning. Like a lightning flash, soul and world dissolve as they stand…as knowing and the unknowable merge in a single instant outside time or location. Each spark of its wonder consumes the whole world, yet the world never disappears.

Each spark is a singular opening through wholeness, dissolving the fragmentation with which temporality and dimensionality are fabricated. Infinite torrents of these openings cascade throughout phenomena. In the mixing field, they can be siphoned through the mists of appearing circumstances. The deeper contemplation penetrates, the more such sparks are accumulated. They explode moments without the drag of linear time, as luminous clusters that move like winds. They hover like fogs and rain blessings upon everything. Their dizzying array of configurations defy number, but it all begins with the realization of a common singular root: the one true indivisible point of breakthrough beyond reification or division. This point reveals the paradox of singularity and infinite variation as the ground of total equality.

Without the spark of singular recognition the gnostic path is impossible. However through the portal of such a spark, the capacity to induce continual amazement is boundless. The resonance of astonishment seals mother space with her progeny; continually variable appearances. The always pregnant womb indivisibly seals wakeful brightness and unconscious darkness. It ripens in the night and sends its perfume through the day, felt in the secret place where sun and moon touch in the heart.

As practice deepens, the winds become pregnant with drops. The moments from which breakthroughs are collected pass beyond differentiation. The concepts of their coming and going no longer hold meaning. At the point of realization, one single drop floods immensity with its implications.
David Chaim Smith

David Chaim Smith was born in 1964 in Queens, New York. His early career was as a visual artist throughout the 1980s. In 1990 he began an immersion into the root sources of Alchemy and the Hermetic and Hebrew traditions of the Kabbalah. In 1996 he abandoned visual art for a total dedication to spiritual practice, from which came a unique blend of practical mysticism and creative innovation. This blend coalesced while working with an obscure thirteenth-century text called The Fountain of Wisdom, which he mapped out diagrammatically in notebooks during his ten-year hiatus from visual art. The resulting symbol vocabulary served as the basis for his 2006 return to art, generating the content for several books. He currently lives in the suburbs of New York City with his wife, Rachel.

“Well, this I would call a must have book. And one I intend to return to in depth. I think most people mainly associate David Chaim Smith with his beautiful and intricate visual cabalistic vistas, but this is something else. It’s his own story of awakening to what’s behind the scenes of symbol-heavy old texts. Which makes it valid and relevant for a general ‘occult’ audience too. Information, as we all know, can be ingested ad infinitum, but it serves no purpose (higher or lower) if the process doesn’t allow for insights and genuine wisdom to flow through and take hold. Smith calls this ‘awakenings,’ and that’s indeed a very apt term. As usual, his images are incredibly beautiful, and it’s totally possible to see how his manifestation of them helped him delve deeper/higher on his own path. That’s not saying you have to be a skilled master artist to ‘get’ any kind of bigger/inner picture, but the devotion certainly helps. You may file this under ‘Cabala’ and ‘great art,’ but make sure you actually use it in inspirational ways--whichever tradition you’re coming from.”