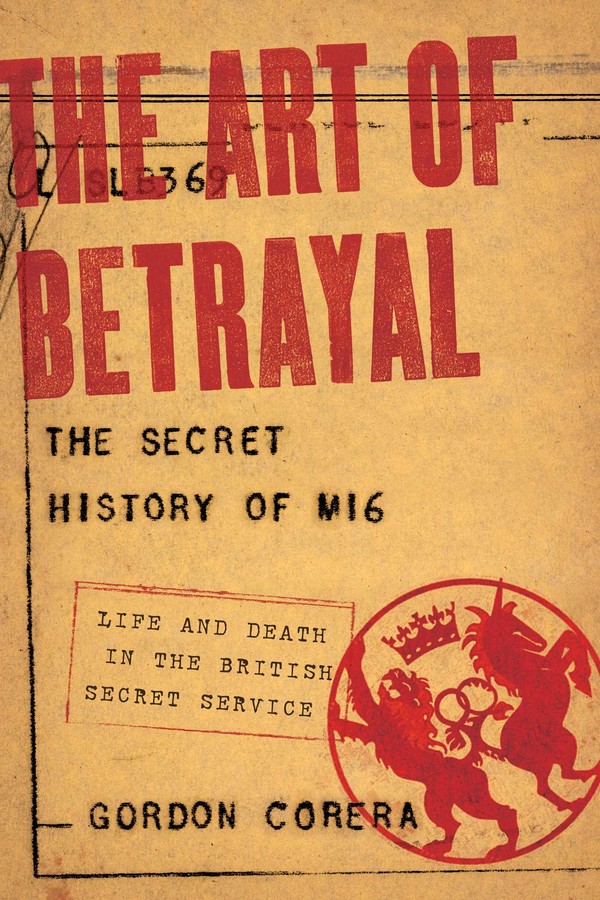 The Art of Betrayal

The Secret History of MI6: Life and Death in the British Secret Service

From Berlin to the Congo, from Moscow to the back streets of London, these are the stories of the agents on the front lines of British intelligence. And the truth is often more remarkable than fiction.

MI6 has been cloaked in secrecy and shrouded in myth since it was created a hundred years ago. Our understanding of what it is to be a spy has been largely defined by the fictional worlds of Ian Fleming and John le Carré. Gordon Corera provides a unique and unprecedented insight into this secret world and the reality that lies behind the fiction. He tells the story of how the secret service has changed since the end of the Second World War and, by focusing on the people and the relationships that lie at the heart of espionage, illustrates the danger, the drama, the intrigue, and the moral ambiguities that come with working for British intelligence.

From the defining period of the early Cold War through to the modern day, MI6 has undergone a dramatic transformation from a gung-ho, amateurish organisation to its modern, no less controversial, incarnation. Gordon Corera reveals the triumphs and disasters along the way. The grand dramas of the Cold War, the rise and fall of the Berlin Wall, the Cuban Missile Crisis, the 11 September 2001 attacks, and the Iraq War are the backdrop for the individual spies whose stories form the centrepiece of the narrative. And some of the individuals featured here, in turn, helped shape the course of those events. Corera draws on the first-hand accounts of those who have spied, lied, and in some cases nearly died in service of the state. They range from the spymasters to the agents they controlled to their sworn enemies. And the truth is often more remarkable than the fiction.

Gordon Corera is a security correspondent for BBC News. In that role, he covers the work of Britain's intelligence agencies. His documentary series 'MI6: A century in the Shadows' was broadcast in the summer of 2009. His series 'The Real Spooks' on MI5 was broadcast in December 2007. He was educated at Oxford and Harvard Universities and joined the BBC in 1997.

"His analysis is shrewd, his judgement sound...(the book's) strength is to present stories of the secret service's successes and failures within the political and strategic context of the times."

"Easily the most pervasive and dangerous of all the modern conspiracy theories is the one claiming that President George W. Bush and British Prime Minister Tony Blair knew that there were no weapons of mass destruction in Iraq before nevertheless deciding to invade in 2003. No other misrepresentation in recent times has so damaged the trust between government and the governed. How gratifying, therefore, that as authoritative and respected a commentator as Gordon Corera explodes that myth completely in The Art of Betrayal, a wide-ranging, thought-provoking and highly readable history of Britain's postwar Secret Intelligence Service, popularly known as MI6.....This well-written, hard-hitting book—full of, as one footnotes states, 'private information from an individual who, unsurprisingly, requested anonymity'—shows that MI6 has never in the past put its own conscience before its duty to protect the public. It mustn't start now."

"Corera, the BBC's security correspondent, has enjoyed privileged access to key spy players from the past few decades and, writing in an engaging style, he picks up the story of the MI6 at the point where the 'official' history grinds to a halt after the Second World War."

"As a good journalist and a reader of spy novels, Corera presents his material as fast-paced stories, from the covert diplomacy of the Cold War to recent and current security concerns in Afghanistan and the Middle East, and he humanizes the grand dramas of a duplicitous trade."

"Highly readable and well-researched account of the Service...Let's hope the current generation of spooks has learnt from past mistakes."

"The best post-1949 account of British intelligence I have read. This is as good as it gets."

The Art of Betrayal

The Secret History of MI6: Life and Death in the British Secret Service