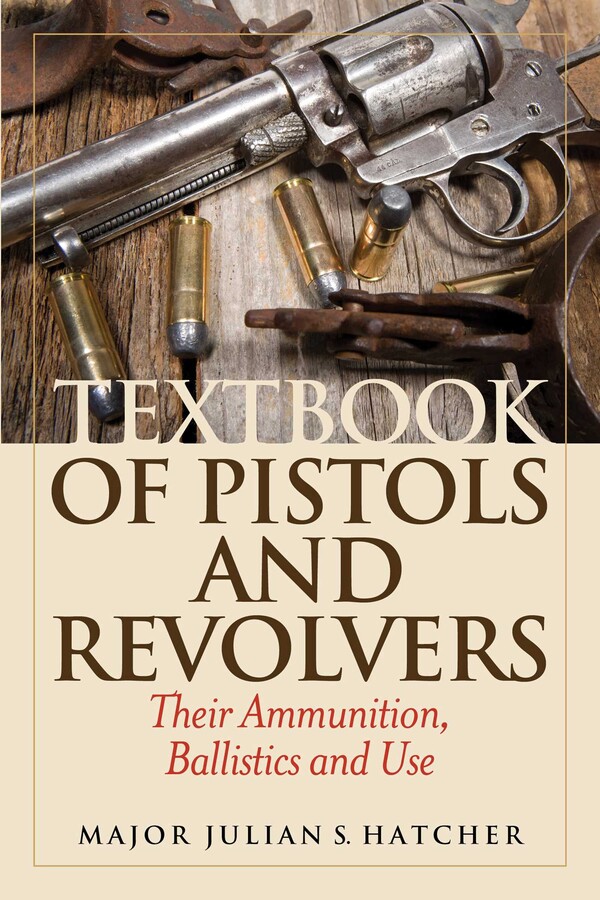 Originally published in 1935, Textbook of Pistols and Revolvers is a treatise on handguns of the early twentieth century. Written by Major Julian S. Hatcher, an expert on the subject of firearms of all sorts, readers will gain invaluable insight into everything to do with handheld firearms of the 1930s.

In his introduction, Hatcher emphasizes that he has made an earnest effort to make this book accessible for both novices and experts. Novices who know nothing whatsoever about firearms and their use can easily learn from this book, while experts will find a technical reference book where the results of many experiments with pistols and revolvers and their ammunition are tabulated in convenient form.”

Covering such subjects as the different methods of shooting and using hand firearms; their mechanism, care and repair; their interior and exterior ballistics; the peculiar suitability of the different kinds for various purposes; the relative effectiveness or stopping power of the various calibers and types of gun and ammunition; and many more, this book is an immense store of knowledge on early handguns.