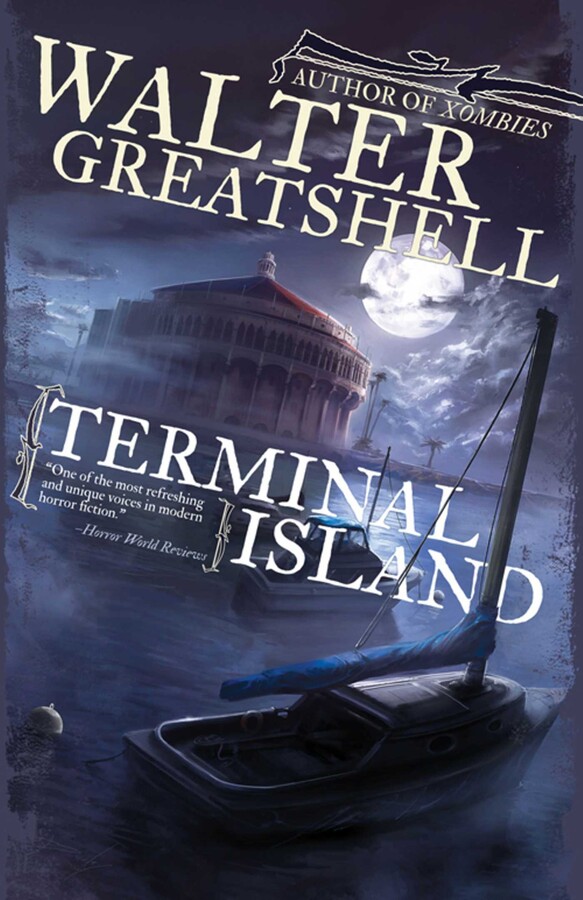 By Walter Greatshell
LIST PRICE $14.99
PRICE MAY VARY BY RETAILER

Henry Cadmus grew up on Catalina Island, a scenic vacationland off the Southern California coast. But Henry's experiences were far from idyllic. Today, even though Henry has seen firsthand the horrors of war, the ghastly images that haunt his dreams are ones he associates with his childhood and the island: a snarling pig-man holding a cleaver; a jackal-headed woman on a high balcony, dripping blood; strange occult rituals and worse. If it was up to Henry, he would avoid the island entirely.

But Henry is returning to Catalina Island. At his wife Ruby’s insistence, Henry, Ruby, and their infant daughter are coming to Avalon, so that Henry can face his fears, exorcise his demons, and reconcile with the one he fears most his mother.

By Walter Greatshell
LIST PRICE $14.99
PRICE MAY VARY BY RETAILER