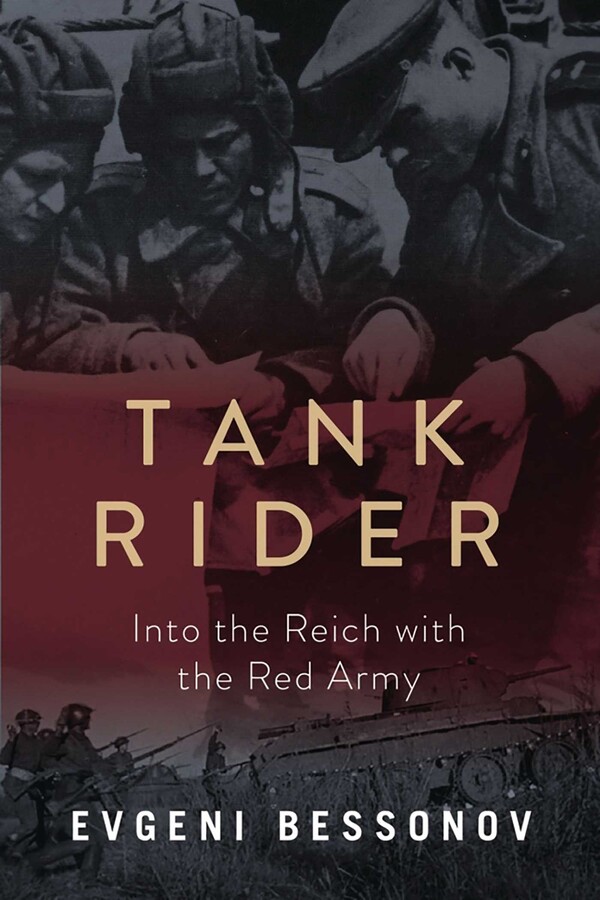 By Evgeni Bessonov
LIST PRICE $16.99
PRICE MAY VARY BY RETAILER

A sobering account of conflict on the Eastern Front of World War II told from the perspective of a Russian soldier.

Honest and irrepressibly frank, these are the dramatic memoirs of a Russian officer on the Eastern Front, where he played his part in a clash of titans and witnessed the shuddering collapse of the Third Reich.

The cataclysmic battle of Kursk in 1943 put an end to Hitler’s hopes of victory on the Eastern Front, and it was Evgeni Bessonov’s first battle. From then on the Germans were forced into a long, bitter retreat that ended in the ruins of Berlin in 1945. An officer in an elite guards unit of the Red Army, Bessonov rode tanks from Kursk, through a western Russia and Poland devastated by the Germans, and right into the heart of Nazi Germany.

Tank Rider is the riveting memoir of Evgeni Bessonov telling of his years of service at the vanguard of the Red Army and daily encounters with the German foe. He brings large-scale battles to life, recounts the sniping and skirmishing that tried and tested soldiers on both sides, and narrates the overwhelming tragedy and horror of apocalyptic warfare on the Eastern Front.

So much of the Soviet experience of World War II remains untold, but this memoir provides an important glimpse into some of the most decisive moments of this overlooked history.

By Evgeni Bessonov
LIST PRICE $16.99
PRICE MAY VARY BY RETAILER