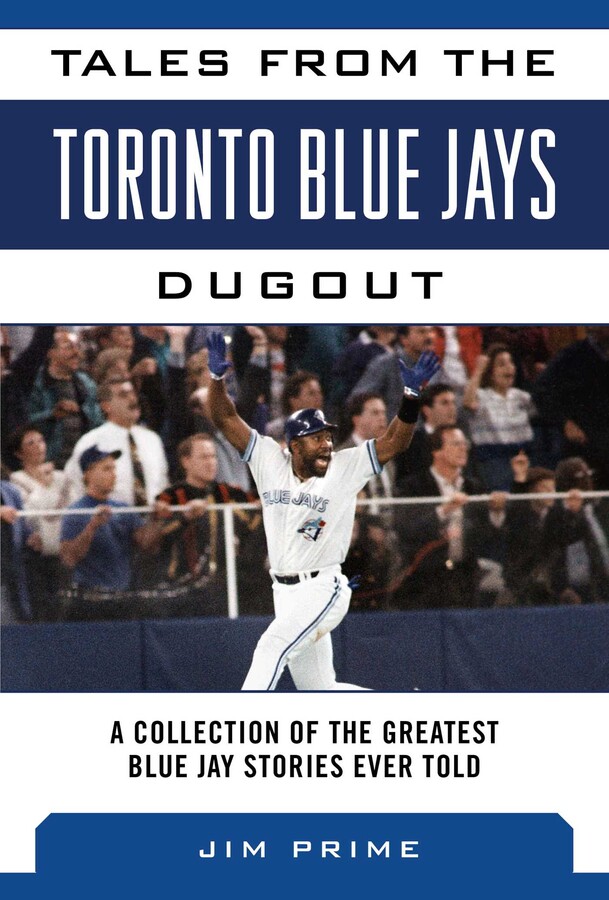 Part of Tales from the Team
By Jim Prime
Published by Sports Publishing
Distributed by Simon & Schuster
LIST PRICE $12.99
PRICE MAY VARY BY RETAILER

From the club’s inception in the late ’70s; to winning the division for the first time in the ’80s; Joe Carter’s epic home run; the two World Series titles in the early ’90s; the reign of Roy Halliday; and everything in between, the Blue Jays have continued to build a storied history as one of baseball’s most exciting teams. In Tales from the Toronto Blue Jays Dugout, Jim Prime, who has written several books on the AL East rival Boston Red Sox, captures all of the best moments in Blue Jays history, from the most thrilling to the most humorous, and so much more. Stories of players and coaches from both on and off the field can be found here, including tales of All-Stars Dave Stieb and Carlos Delgado, Hall of Famers Dave Winfield, Ricky Henderson, and Roberto Alomar, and many more memorable Blue Jays, past and present.

It’s all here, in the latest addition to the Tales from series, the perfect gift for any fan of the only current Major League Baseball team playing in Canada!

Jim Prime has authored or coauthored more than a dozen books on baseball including Ted Williams Hit List (with Ted Williams) and The Little Red (Sox) Book with Bill “Spaceman” Lee. He lives in New Minas, in the heart of the beautiful Annapolis Valley of Nova Scotia.

Part of Tales from the Team
By Jim Prime
Published by Sports Publishing
Distributed by Simon & Schuster
LIST PRICE $12.99
PRICE MAY VARY BY RETAILER