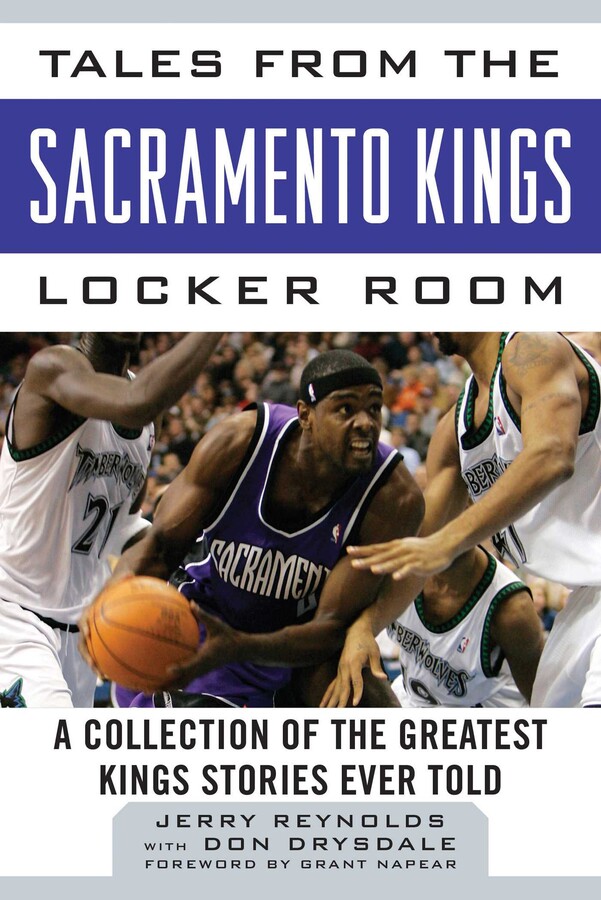 A Collection of the Greatest Kings Stories Ever Told

Part of Tales from the Team
By Jerry Reynolds
Foreword by Grant Napear / With Don Drysdale
LIST PRICE $19.95
PRICE MAY VARY BY RETAILER

Jerry Reynolds was country before country was cool. He also was part of the Sacramento Kings before that was cool. 2015 marks the team’s 30th season in California’s capital, and Jerry has been there from the start. Quietly, he has been instrumental in the team’s growth from a shoestring operation that couldn’t compete to a model NBA franchise that is always on the short list of title contenders. He has been a firsthand witness of the league’s evolution, from Bird and Magic, to Jordan, to LeBron and Yao Ming. Jerry Reynolds has been a human Swiss Army knife, serving the Kings as a scout, assistant coach, head coach, player personnel director, general manager, and television analyst. Because he has held so many positions in the Kings’ front office the last two decades, Jerry has a unique perspective on how the Kings have evolved, and he offers that perspective in Tales from the Sacramento Kings Locker Room.

For those who’ve been on the Kings bandwagon only the last decade, it wasn’t always C-Webb, Peja, and Bibby. In this reissue of Reynolds Remembers, Jerry recounts the hollow feeling of putting a CBA-quality lineup on the floor for an exhibition game against the Lakers: set for the tip-off, Kareem Abdul-Jabbar and . . . Randy Allen? He remembers being left to explain the Kings’ latest defeat to the media while Bill Russell snuck out the side door. But there were victories, too. He also still has a spark in his eye from trading draft rights to Billy Owens for superstar Mitch Richmond. Whether the Kings were stuck in the mud or winning 50-plus games, Jerry Reynolds remained the samecolorful, outspoken, engaging, and insightful.

A Collection of the Greatest Kings Stories Ever Told

Part of Tales from the Team
By Jerry Reynolds
Foreword by Grant Napear / With Don Drysdale
LIST PRICE $19.95
PRICE MAY VARY BY RETAILER