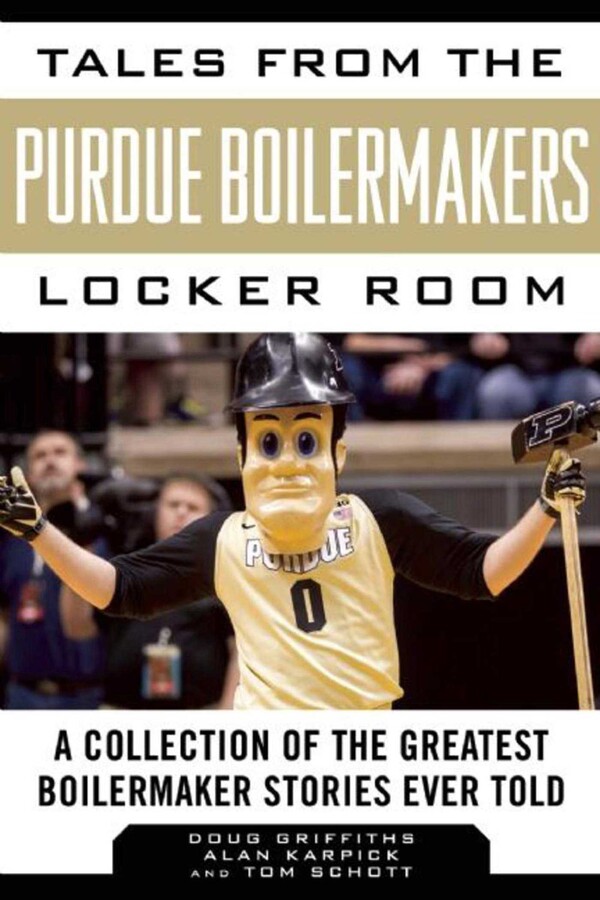 A Collection of the Greatest Boilermaker Stories Ever Told

Part of Tales from the Team
By Douglas Griffiths, Alan Karpick and Tom Schott
LIST PRICE $19.99
PRICE MAY VARY BY RETAILER

The history of Purdue athletics is sometimes funny, sometimes poignant and triumphant, and often pretty amazingbut always uniquely human. Along the way many characters have arisen in over twelve decades of competition and nearly two hundred of these great stories are chronicled in this book, first published in 2003. On the hardwood, readers will learn why Purdue turned down its first opportunity to play in the NCAA Tournament, allowing archrival Indiana to win the 1940 title and how the first Big Dog” in Purdue men’s basketball history wasn’t Glenn Robinson. From the football sidelines, the authors reveal the dramatic incident that almost cost the lives of Rose Bowl heroes Bob Griese and George Catavolos at the 1967 Hula Bowl. Also, readers will find out how long-time New York Yankees’ owner George Steinbrenner became an assistant coach for the Purdue football team and a quarter century later was instrumental in luring the Boilermakers’ NCAA Final Four coach away from Purdue. Included are the stories of Purdue’s national championship teams, including the 1961 golf team, which was led by a player who never lost to golfing legend Jack Nicklaus, and the triumphant story of the 1999 Purdue women’s basketball team surviving three coaching changes en route to a national title. Readers will enjoy stories from some of the colorful characters in the school’s past: Mike Alstott, Lin Dunn, Gene Keady, George King, Ward Piggy” Lambert, Jack Mollenkopf, Michael Scooby” Scearce, Moose Skowron, and Joe Tillerto name a few. And you will travel back to the early days and the origins of Boilermaker sports and continue through the digital age, following the likes of Heisman Trophy hopeful Drew Brees and many more Boilermaker legends.

A Collection of the Greatest Boilermaker Stories Ever Told

Part of Tales from the Team
By Douglas Griffiths, Alan Karpick and Tom Schott
LIST PRICE $19.99
PRICE MAY VARY BY RETAILER