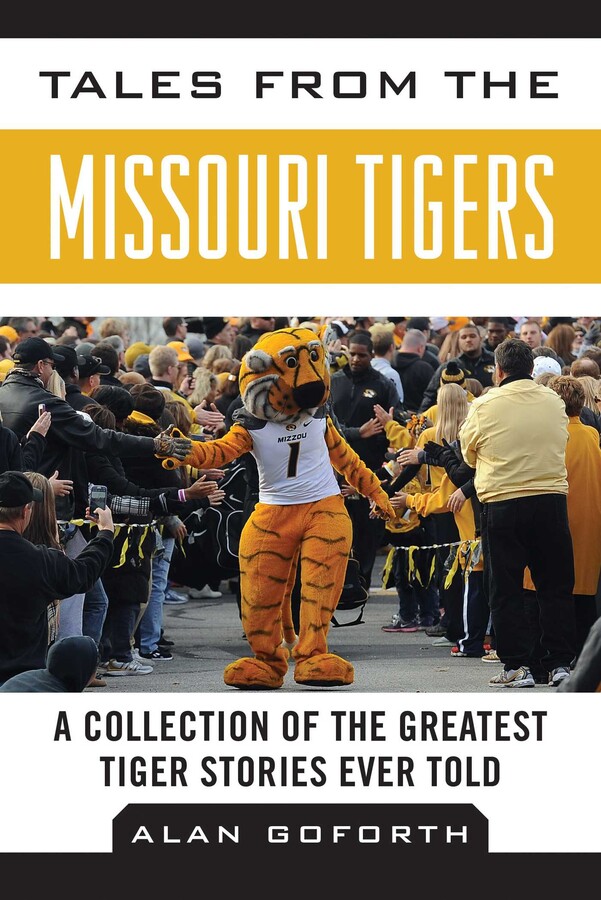 Tales from the Missouri Tigers

A Collection of the Greatest Tiger Stories Ever Told

Part of Tales from the Team
By Alan Goforth
LIST PRICE $19.95
PRICE MAY VARY BY RETAILER

College sports fans around the nation know it as the University of Missouri, the home of the Tigers. But for the legions of fans from St. Louis to Columbia, it’s simply Mizzou, and there is no better place to be on a crisp fall afternoon than Faurot Field at Memorial Stadium. Don Faurot himself, as a graduate student, helped lay the football sod in 1926, and the playing surface was named after the legendary coach in 1972. It’s where Norris Stevenson broke the color barrier in the 1950s, where Dan Devine built a national powerhouse in the 1960s, and where Al Onofrio pulled some unlikely upsets in the 1970s. Phil Bradley, Kellen Winslow, and Eric Wrighthousehold names in college and in the proscontinued to build on that foundation in the early 1980s. Hard-working players such as Corby Jones and Brock Olivo gave the football program a new spark in the 1990s.

The Tigers had little tradition in basketball until Norm Stewart returned to coach his alma mater in 1967. Big men Al Eberhard and John Brown first put the program on the map in the early 1970s; then Willie Smith electrified crowds at the Hearnes Center with his prolific scoring. Highly regarded recruits Steve Stipanovich and Jon Sundvold were the pillars of a team that won four straight Big Eight championships. Players such as Doug Smith, Anthony Peeler, and Derrick Chievous took the Tigers to the top of the national rankings while rewriting the school record books.

From the football field to the basketball court and beyond, Tales from the Missouri Tigers is perfect for the avid Mizzou fan!

Tales from the Missouri Tigers

A Collection of the Greatest Tiger Stories Ever Told

Part of Tales from the Team
By Alan Goforth
LIST PRICE $19.95
PRICE MAY VARY BY RETAILER