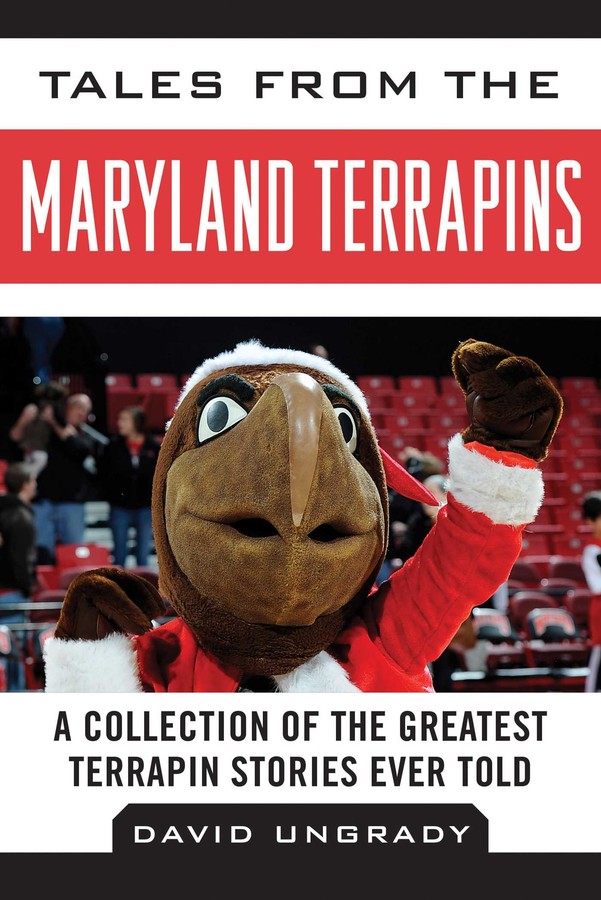 Tales from the Maryland Terrapins

A Collection of the Greatest Terrapin Stories Ever Told

Part of Tales from the Team
By Dave Ungrady
Foreword by Boomer Esiason
eBook
Hardcover
LIST PRICE $12.99
PRICE MAY VARY BY RETAILER

In this reissue of Tales from the Maryland Terrapins, fans can relive the most profound memories from more than 100 years of athletics at the University of Maryland in College Park. Authored by David Ungrady, a former two-sport athlete at the school, the book includes a series of first-person anecdotes that reflect the joys and challenges of his athletic career as well as the rich history of collegiate athletics at the school.

While it was still the Maryland Agricultural College, the university staged its first intercollegiate athletic competition in 1888, playing baseball games against St. John’s College and the Naval Academy. The first organized competition for football was in 1892. The athletic program began to flourish early in the 1900s. Men’s basketball began shortly after the turn of the century, in 1904, and men’s lacrosse began in 1910. Women’s sports such as basketball, rifling, and soccer started as intramural sports in the 1920s. The women’s rifle team won several titles after it was first organized in 1922. By the 1940s, the men’s intercollegiate program boasted such national-caliber programs as baseball, boxing, football, lacrosse, track and field, and soccer. Women’s teams started competing in intercollegiate competition in 1960 and later blossomed during the last quarter of the 20th century. Now, over 100 years after the athletic program’s inception, Maryland has sent numerous players to professional sports organizations, including the NFL, NBA, and MLB.

If you’re a fan of Maryland athletics, you’ll find Tales from the Maryland Terrapins to be the perfect addition to your bookshelf!

Tales from the Maryland Terrapins

A Collection of the Greatest Terrapin Stories Ever Told

Part of Tales from the Team
By Dave Ungrady
Foreword by Boomer Esiason
eBook
Hardcover
LIST PRICE $12.99
PRICE MAY VARY BY RETAILER