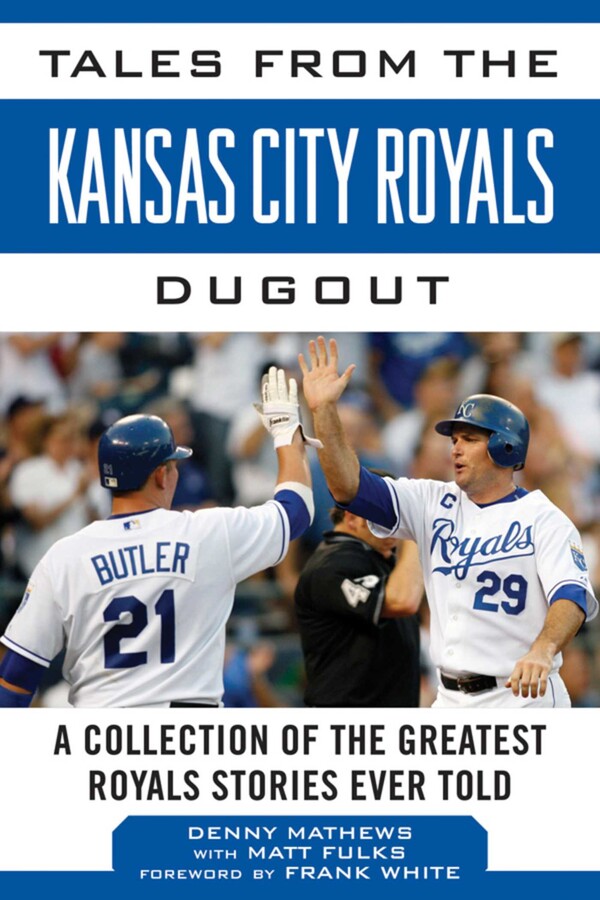 Part of Tales from the Team
By Denny Matthews and Matt Fulks
Foreword by Frank White
LIST PRICE $19.95
PRICE MAY VARY BY RETAILER

Amos Otis, Frank White, George Brett, Hal McRae, Dan Quisenberry, Bret Saberhagen, Paul Splittorffone mention of any of those names can bring about visions of great baseball, determination, and winning. However, one vision outweighs all others: the boys in blue . . . the Kansas City Royals.

The Kansas City Royals, an expansion club in the American League in 1969, struggled during their early existence. It didn’t take long, however, before the Royals established themselves as one of the most successful franchises in baseball. That success culminated with the winning of the 1985 World Series. Since 1969, the Royals have developed great players that have had fun. Along the way, they also have developed a winning tradition. Although the Royals have received the small-market” tag in recent years, the organization still boasts a proud heritage, and in 2014 they recorded their first playoff victory in almost thirty years en route to a seven-game World Series matchup against the San Francisco Giants. In this reissue of Tales from the Kansas City Royals Dugout, first published in 2004 and updated through the 2014 season, longtime Royals radio broadcaster Denny Matthews relives the club’s great moments and proud tradition.

Sit back and enjoy never-before-told anecdotes, including from the team’s great rivalries with the New York Yankees, Oakland A’s, and the remarkable players who have helped form the legend of the Kansas City Royals.

Part of Tales from the Team
By Denny Matthews and Matt Fulks
Foreword by Frank White
LIST PRICE $19.95
PRICE MAY VARY BY RETAILER